The number of publicly traded U.S. companies that announce either increase or decrease their dividends each month is perhaps the simplest indicator of the relative health of the private sector of the U.S. economy.

Let's start by considering the total number of firms that declared they will either increase or reduce their cash dividend payments to their shareholders. 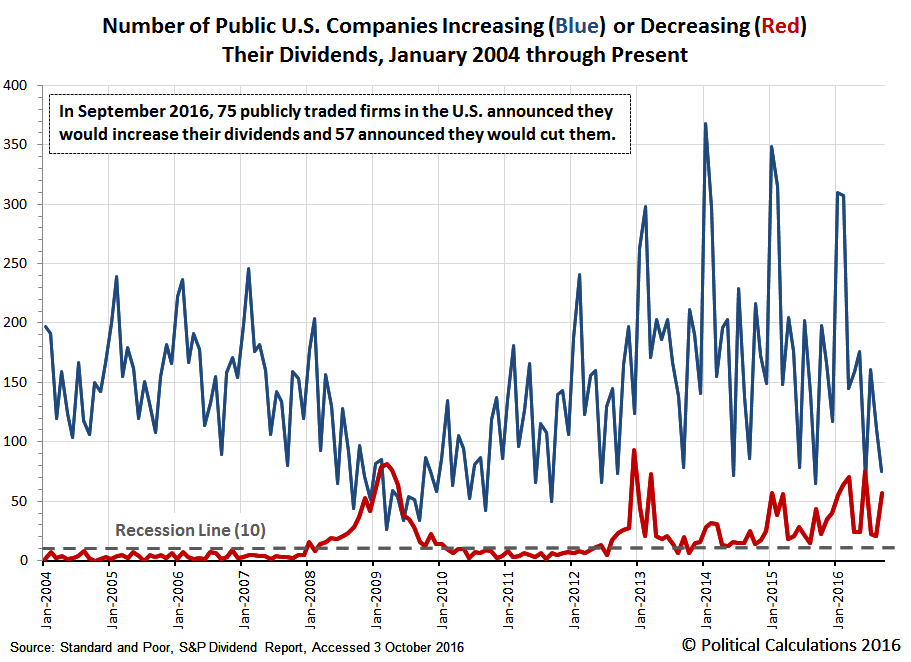 September 2016 sent something of a mixed message in that it saw both an increase in the total number of U.S. firms that announced they were increasing their dividends (75) and also in the total number of publicly-traded companies that decreased their dividends (57) compared to recent months. Looking back over the entire third quarter, we count 346 dividend increasing firms and 100 dividend cutting ones. Next, let's zoom in on the number of firms that announced they would cut their dividends. 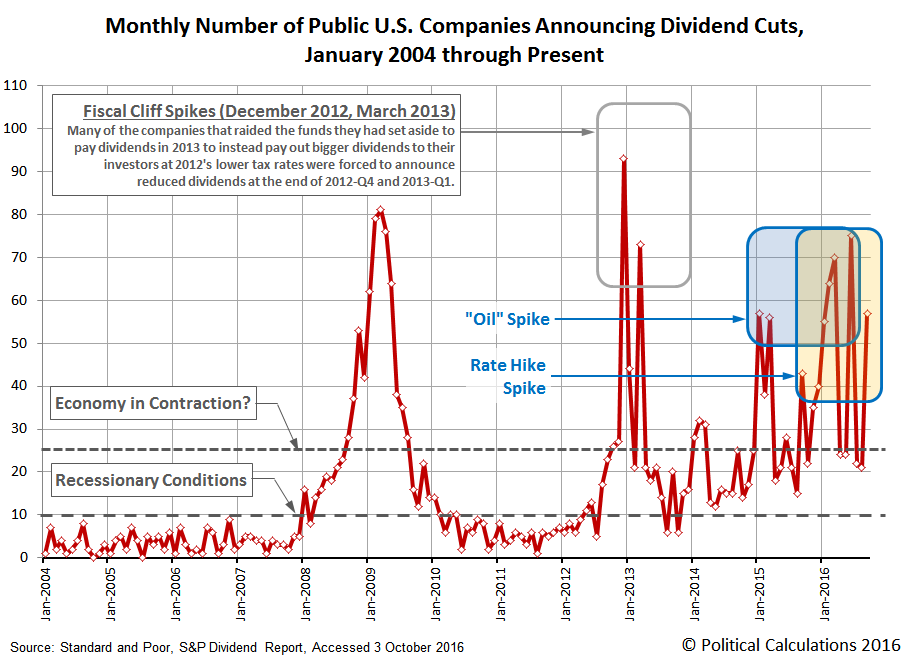 The most disturbing thing here is that we're still seeing what looks like an upward trend in the number of U.S. firms that are announcing dividend cuts, where the number of such firms is consistently falling in the ranges that indicate either that recessionary conditions are present or that some degree of economic contraction is occurring within the U.S. economy.

As for where that distress is to be found, we identified the following kinds and numbers of firms in our sampling over the entire quarter of 2016-Q3. 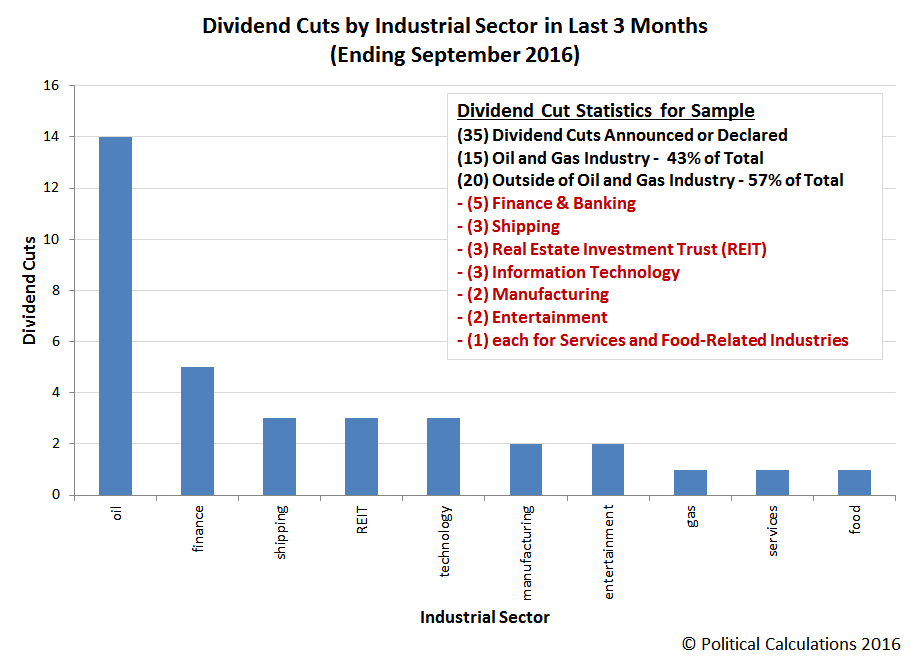 Compared to a year ago, we find that the oil and gas production sector of the U.S. economy is still the most negatively affected industry, but also that the level of relative distress in the U.S. economy has spread to a number of other industries, which now outnumber the dividend cutting oil and gas industry firms.

We only started paying closer attention to dividend increasing firms in September 2016, which is why we only looked at that month in this analysis. Meanwhile, we've been keeping track of dividend cutting firms for a much longer period of time, which is why we're able to present much more data in that category.