"Pretty much as expected" is the short, sweet, tweetable (if anybody other than Donald Trump still does that), summary to describe the S&P 500 during Week 5 of November 2016.

Or should we be calling it "Week 1 of December 2016"? Although we've resolved the question by placing the ownership of the week in month that feeds it the most days, we still have to pause each time we come upon those weeks where the days are split between two calendar months.

And so, our alternative futures chart below shows how the S&P 500 progressed against the backdrop of our standard model's projections during what we're calling Week 5 of November 2016. 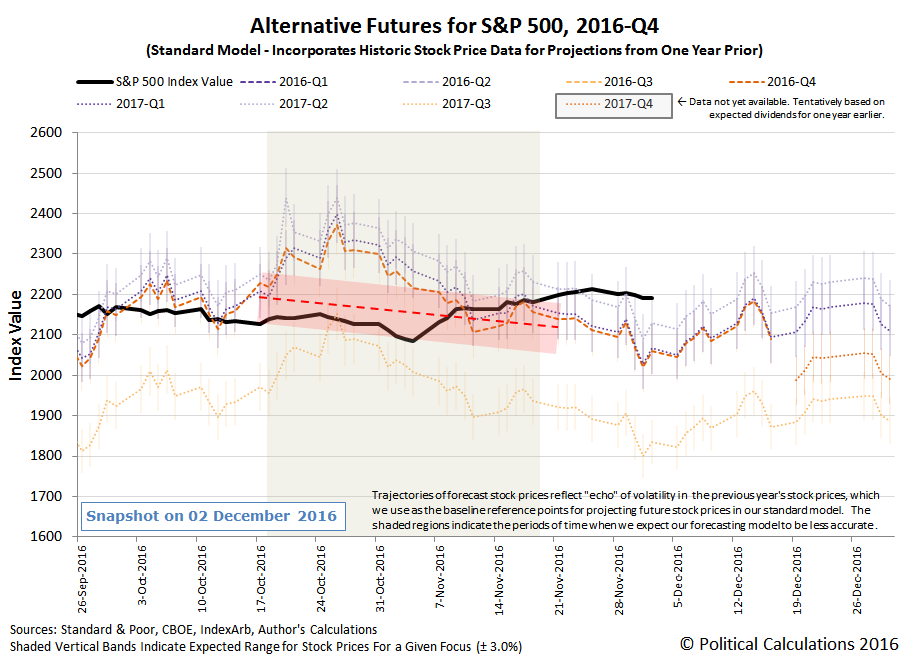 The week turned out pretty much as expected, where "in the absence of more fundamental events to change expectations or new noise events, we think that the S&P 500 will continue running to the high side of our forecast range for 2017-Q2, which shows the effects of a small echo from late 2015". And since that was a two week forecast, we anticipate more of the same in this upcoming week, although the same caveats we mentioned still apply.

Here are the more significant news stories of note that came out of Week 5 of November 2016.

Finally, if you haven't seen it yet, Barry Ritholtz has listed out the economic positives and negatives of the trading week ending 2 December 2016.