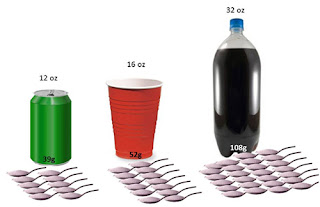 On 1 January 2017, the city of Philadelphia's new tax on the sale of sweetened beverages went into effect. Imposed on bottled and canned soft drinks made with either natural or artificial sweeteners, including those that add virtually no calories to the beverages being sweetened, the tax is aimed at reducing the incidence of obesity among Philadelphia's population, which the city claims to be a public health crisis.

Official revenue figures and updated obesity statistics from the city for the tax's first weeks in force are still pending, but Bloomberg has gotten a sense of how effective the tax has been at curbing sweetened soft drink purchases within Philadelphia's city limits from the retailers and distributors who fulfill the demand of the city's residents for the products.

Philadelphia’s six-week-old tax on sweetened beverages is already taking a toll on drink distributors and grocers, with some reporting sales drops of as much as 50 percent.

"In 30 years of business, there's never been a circumstance in which we've ever had a sales decline of any significant amount," said Jeff Brown, chief executive officer of Brown's Super Stores. "I would describe the impact as nothing less than devastating."

With sales having declined by that magnitude in its month and a half in effect, it's a safe bet that the city of Philadelphia will not be seeing the $91 million in revenue from having imposed the tax on the city's soft drink consumers that it was counting upon to fund the city's expanded prekindergarten programs, park improvements and to pay for the very generous raise that the city granted to municipal union employees shortly after the city council passed the soda tax.

The city's tax amounts to a 1.5 cents-per-ounce surcharge on top of what was the regular retail price for the bottled and canned regular or diet beverages sweetened with sugar or with a number of sugar substitutes, regardless of their relative effects on the health of consumers. A 12-ounce can would have its cost increased by 18 cents, while a 2-liter container would see its cost to retailers increase by over $1.00, which is as much as the retailers might have charged consumers for a 2-liter container of soda pop before the new tax was imposed.

Although directly levied on distributors, a significant share of Philadelphia's soda tax is passed through to consumers, just as the economics of tax incidence would suggest.


The higher taxes are drying up the distributors' business, with negative impacts on their ability to keep employees on their payrolls:

Canada Dry Delaware Valley Chief Operating Officer Bob Brockway said he expects his business will decline by at least a third over the course of the year. He distributes more than 20 percent of all soft drinks in Philadelphia market. Even though retailers just outside the city limits have gotten a sales bump, that increase isn't enough to offset the drop in Philadelphia. Brockway said he'll have to lay off 30 of his 165 employees in the area in March. Depending on summer sales, the layoffs will probably continue, he said....

At Brown's stores, many of which were established in places previously designated as food deserts, beverage sales are down 50 percent. Jeff Brown said he’s had to cut 5,000 to 6,000 hours of employment per week, the equivalent of about 280 jobs. Beverages are the biggest category in a grocery store, he said, with 4,000 products. When consumers drive outside the city to find cheaper prices, Brown said he's losing the non-beverage portion of their carts as well.

The city of Philadelphia could have avoided this situation if its leaders had been more honest in their rationale for imposing the tax, where if the city's leaders were truthful about their desire to address the public health crisis of obesity that they claim justifies the tax, they would have levied it across a wide range of products that share similar sweetened calorie content as the sweetened soft drinks they chose to tax, minimizing the effective tax rate to consumers.

They would then have dedicated the proceeds from that tax to funding to the city's public health programs to specifically address obesity related health concerns.

Ideally, they would also have acted to proportionately reduce other city sales taxes so that the total tax burden on people in the community where they apply remains unchanged. Otherwise, the impact of the new tax would be highly regressive in disproportionately impacting low income earners.

If the city government was then successful in reducing consumption of these products through the tax, the costs of the public health problems related to their consumption will also go down and they would be able to easily get by without the tax revenue from that source, without any impact to their ability to provide other city government services.

On the other hand, if they're not successful in reducing people's consumption of these products, then they'll have the source of revenue they need to address the public health problem they claim to be the justification for the tax.

But if the politicians advancing the tax use any part of the money they collect through the tax for some other reason, which is exactly what they've done in Philadelphia, they should stop claiming that the tax was for the purpose of addressing a legitimate public health concern and admit that it was all really a ruse to cram through the greater spending they desired.