According to Standard and Poor, the number of U.S. firms that announced dividend cuts in February 2017 fell to 35, which is down from the 47 firms that did so in January 2017, and is well down from the 64 that did so a year ago, marking a positive trend for this measure of the nation's relative economic health. 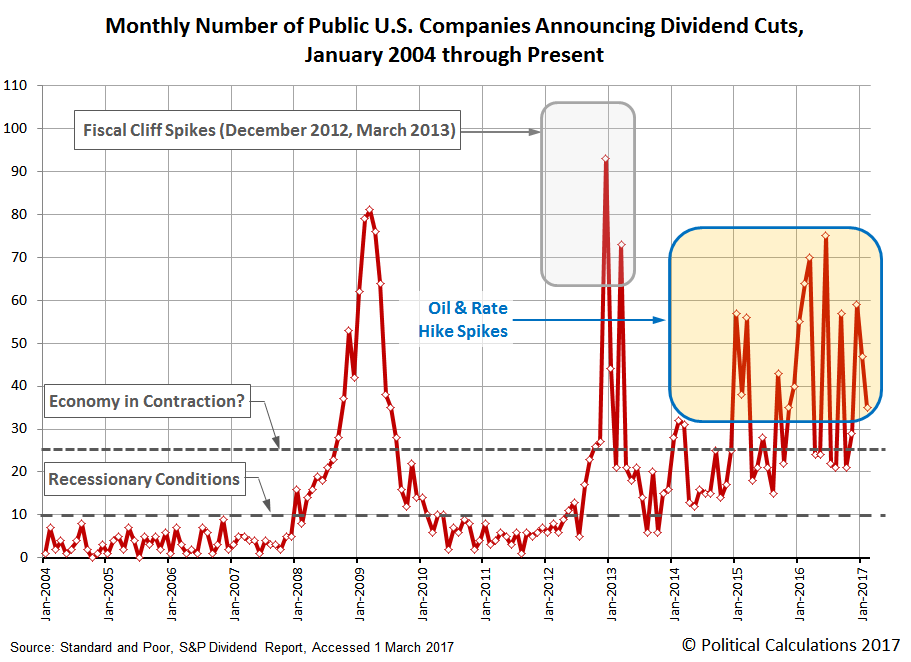 Still, the number of firms announcing dividend cuts remains elevated at levels that are consistent with some degree of economic contraction occurring within the U.S. Looking at our sampling of all the dividend cuts announced by either Seeking Alpha or the Wall Street Journal over the last three months, we can see that distress has been most concentrated in the oil & gas sector, and also in the sectors most affected by interest rate hikes, which includes financial firms and Real Estate Investment Trusts (REITs). 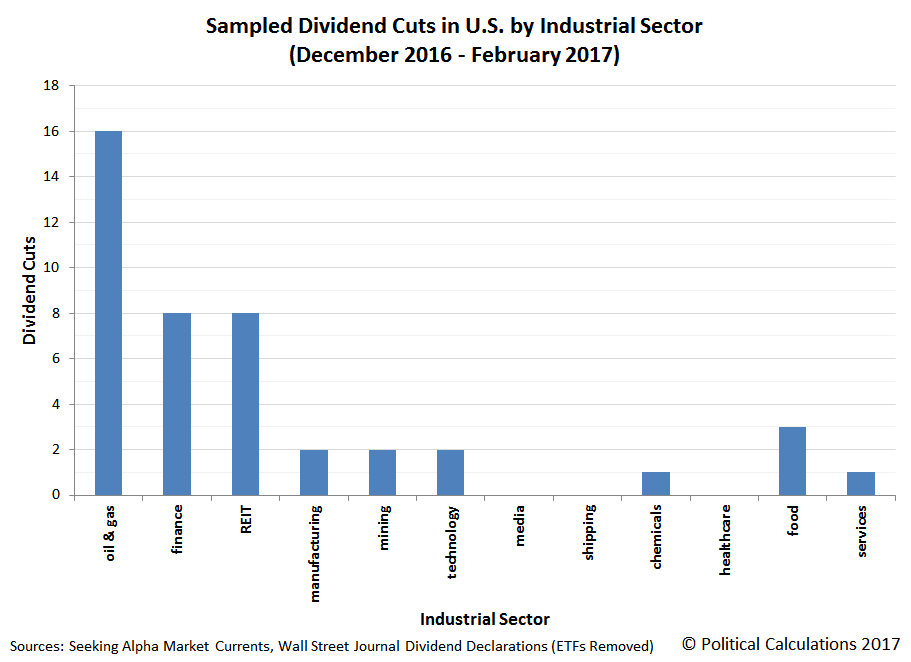 Meanwhile, if we consider the bigger picture by including dividend increases, we see that the number of U.S. firms announcing higher dividends is continuing to fall year over year, continuing a four-year long negative trend. 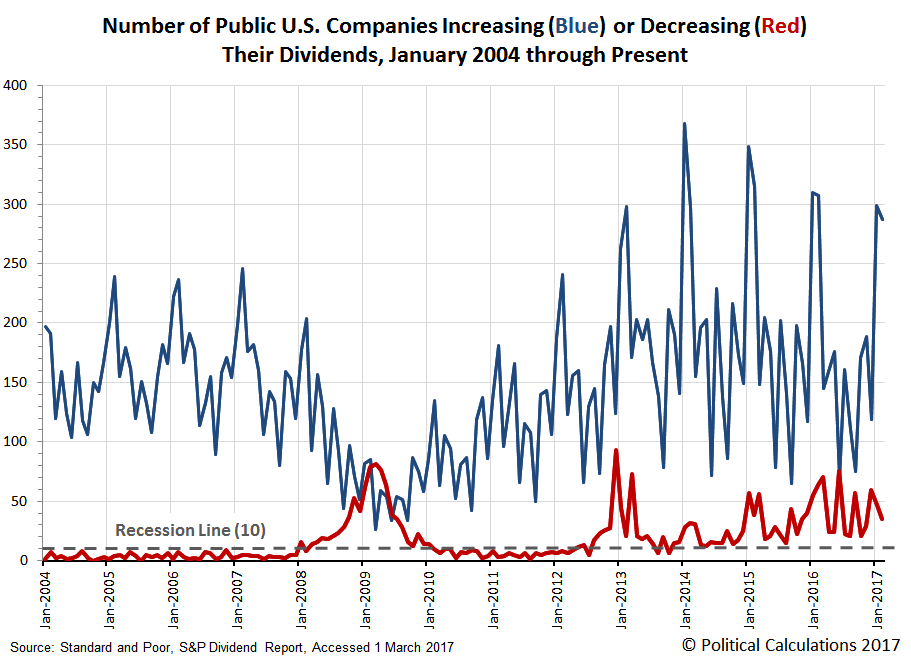 To a large extent, this negative trend was defined by the collapse of oil prices beginning in July 2014, when U.S. oil and gas companies swung from announcing dividend increases to instead announce either no change in their dividends or to cut them. Although the relative health of firms in this sector of the U.S. economy has improved since oil prices bottomed in early February 2016, they still have not recovered enough to boost the totals for the number of U.S. firms announcing larger dividends.