It's National Beer Day in the United States, which for Inventions in Everything, means its time to focus on the technology that makes popping the top on a can of beer something that people can actually do!

It wasn't always that way, and Core77 has a great article that describes how the "greatest technological challenge of the 20th century" was solved by the invention of the steel beer can, which initially came with some great advantages.

Cans were easier to stack, ship and carry, weighed less than glass bottles and were less prone to breakage. One drawback was that you could not break a can over a counter and brandish it during a saloon brawl, but this was offset by the fact that you could crush one against your forehead, which never failed to impress the ladies and establish you as "a real character."

Alas, the new technology came with new problem for inventors to solve: how to open the can to get the beer.

For flat topped steel cans, that took a unique tool, which was invented by John M. Hothersall and Dewitt F. Sampson of the American Can Company, for which U.S. Patent 1,996,550 A was issued in 1935. If you recognize it, you should, it's the modern triangular-head "church key" container opener that has been used ever since to punch holes into the tops of steel cans. 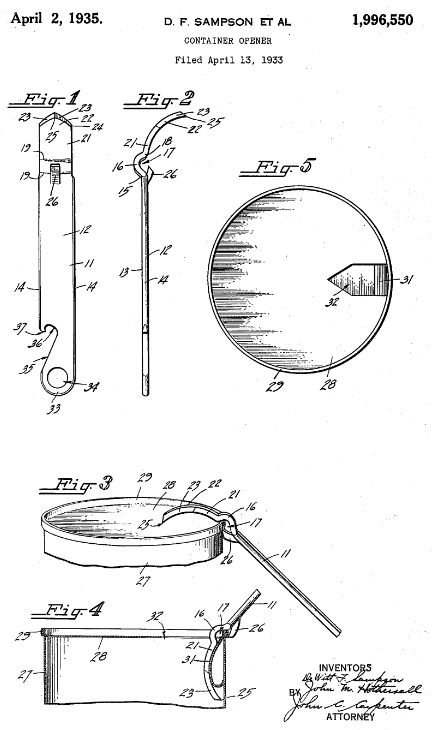 1935 also saw the invention of the "cone-top" steel beer can, which could be topped with the same kind of "crown cork" that had been used since being invented in 1892 by William Painter to cap the top of glass bottles, which itself had been immortalized by U.S. Patent 468,258 A. 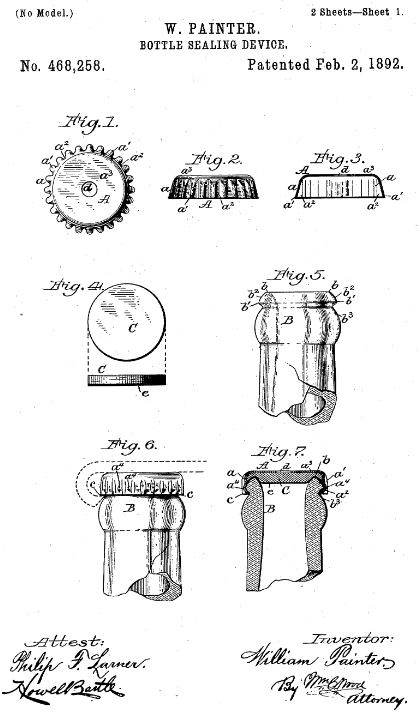 But it still required a special tool for consumers to be able to access the contents within the containers it topped!

For the next two and a half decades, that was the state of the art for beer stored in containers sized for individual consumption. Until one day in 1959, when necessity once again birthed a new invention!

... an engineer named Ermal Fraze was on a family picnic and forgot to bring a church key. Fraze was forced to open his beer cans using his car bumper, like some kind of alcoholic MacGyver. He subsequently invented the pull-tab:

Fraze patented it in the 1960s and sold the rights to Alcoa, and it became the standard can aperture.

By eliminating the need to have a specialized tool to open beer cans, Ermal Fraze significantly advanced the technology of beverage cans.

But the technological improvement also came with a new problem: what to do with that removable pull tab? Far too often, the tab added to the problem of litter, or more seriously, created personal safety issues where people would be at risk of cuts from its sharp edges or ingesting the tab if they dropped it into the can before consuming its contents.

The near-ultimate solution came in 1975, when Daniel F. Cudzik invented the design for the modern pop-top can, where the tab remains attached to the top of the can, for which he was awarded U.S. Design Patent D244,915. 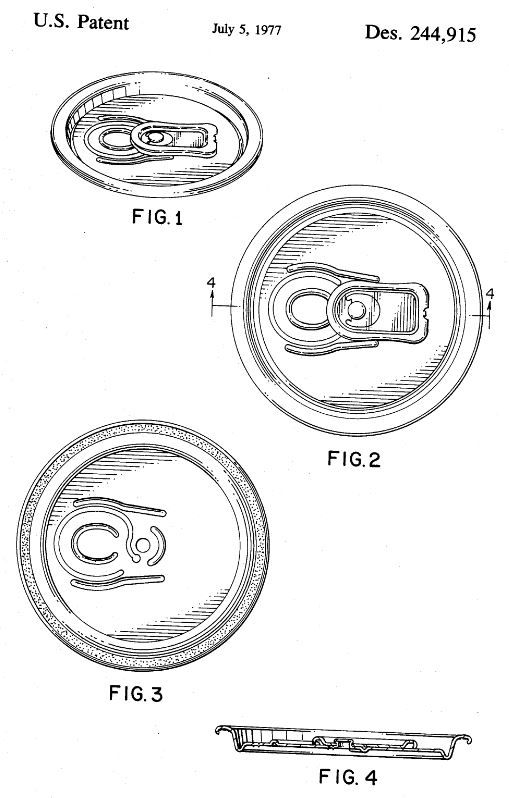 But the invention came with a new challenge to overcome, as wonderfully noted by Core77's Rain Noe:

This "Sta-tab," as it was originally called, created no waste. But again there was, of course, a downside. (For chrissakes why is drinking beer so hard?!? It's like the gods are against us.) The aperture was relatively small... and with no means of airflow, pouring the stuff into your mouth can be turbulent. While it creates an amusing glug-glug-glug noise, that loses its charm pretty quickly.

In the 1990s can manufacturers finally began widening the mouth... which ameliorates, but does not completely solve, the glugging issue. In my own experience I've found that it's very difficult not to spill beer on your shirt after having just ten or eleven of these.

Ah yes, first world problems. Rain's frustration is such that he invited Core77's readers to take on the challenge of finally perfecting the pop-top for beer cans, and within a few days, the wife of one of Core77's readers may very well have achieved that result.

After seeing our post on The Design Evolution of Beer Can Openings, reader Devin Sidell's wife may have designed the perfect beer can aperture. To get you up to speed, we were discussing how a single opening in a can leads to "glugging," i.e. turbulence while drinking since there's no airflow. Users of early flat-top beer can designs thus punched two holes in them....

Well, Sidell took the time to Photoshop up this clever way to solve the problem using the modern-day tab: 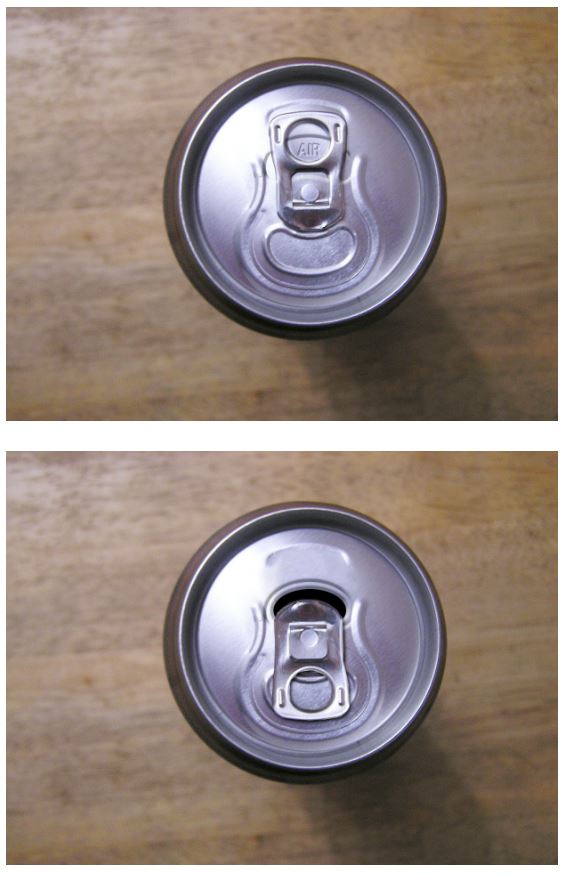 Pretty brilliant, no? "The top being for the intake of air and the bottom for drinking, of course. The tab can already swivel so it can perform the same action twice.

"I'm sure this has already been done," Sidell writes, "but I'm just curious why it's not on cans already."

If it has been done, we can't find it.

And so, the march of American innovation continues with the simple and very possibly patentable solution for a glug-free pour for a can of beer. There is no great beer stagnation.