There's a strong connection in American history between soup and recessions. That connection can be largely attributed to the imagery recorded during the Great Depression of the 1930s, where Americans in large cities would queue up into long lines for free bowls of soup.

Since we have assembled the most complete nominal price history for Campbell's Condensed Tomato Soup as advertised at discounted sale prices by U.S. grocers since the product was first introduced to the market in 1898, we thought it might be interesting to overlay the National Bureau of Economic Research's official periods of recession on our charts showing the typical sale price of Campbell's tomato soup as we updated the chart through May 2017. 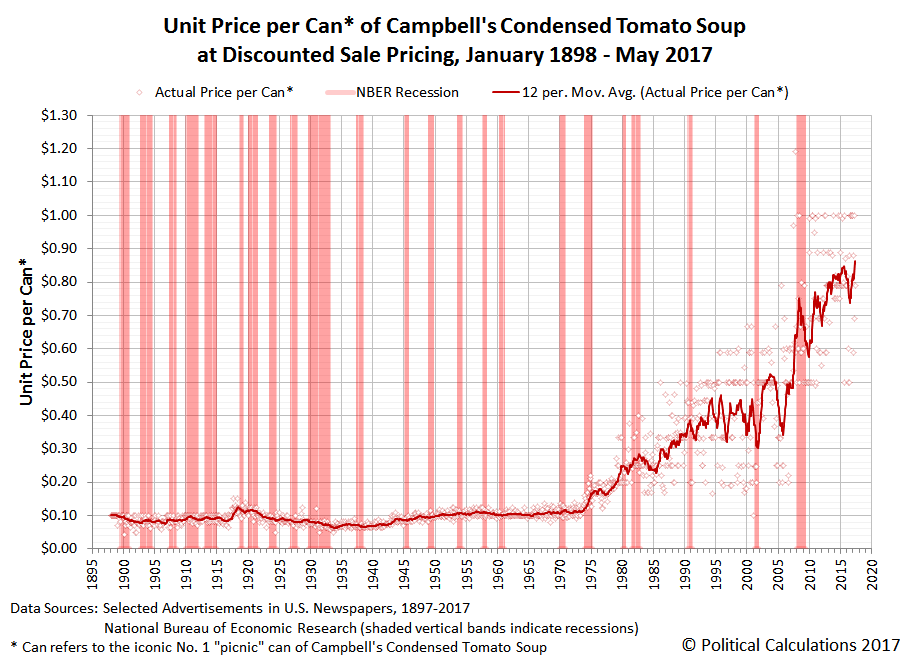 Next, here's the same data, but now shown on a logarithmic scale: 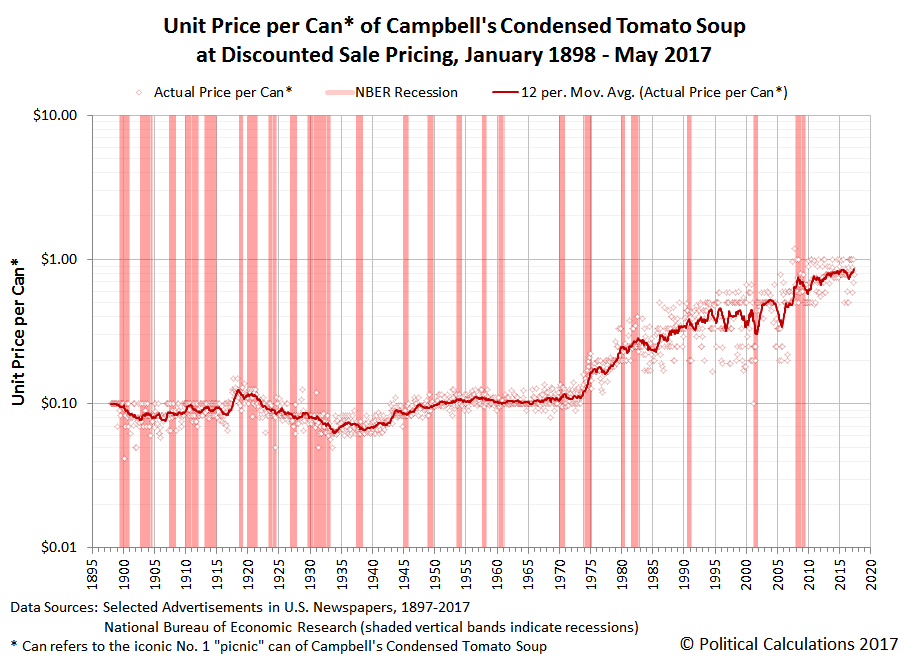 In case you're wondering why the price of a single can of Campbell's Tomato Soup began to increase sharply after April 1974 after having been so relatively stable for so much of its history, it has a great deal to do with the expiration of the price controls that President Richard M. Nixon first imposed upon food items and wages in 1971 (and later extended in 1973), which coincided with his official severing of the convertibility between the U.S. dollar and gold on 15 August 1971.

Let's switch back to nominal scale, and focus in on the recent price history for Campbell's Condensed Tomato Soup for the period since January 2000. 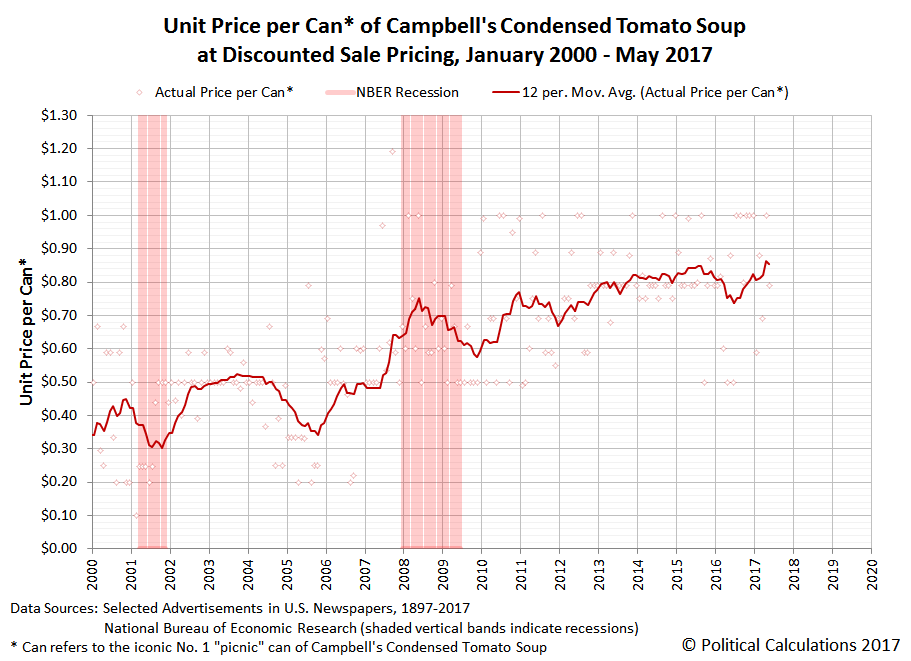 The period since January 2000 is interesting in and of itself because the typical sale price of a can of Campbell's Condensed Tomato Soup has more than doubled, from $0.34 per can to $0.86 per can in May 2017, which means that its price has escalated an an average annualized compound rate of nearly 5.5% a year, which is much faster than the rate of 2.1% that the official Consumer Price Index averaged from 2000 through 2016.

That's just one reason why we can say that the typical price of a can of Campbell's Tomato Soup has never been higher than it today!

But more than that, you can look at the changes in the price of a single can of Campbell's Condensed Tomato Soup during this period as being the result of other disruptive forces acting upon the U.S. economy, which is an idea that we'll explore in future posts. 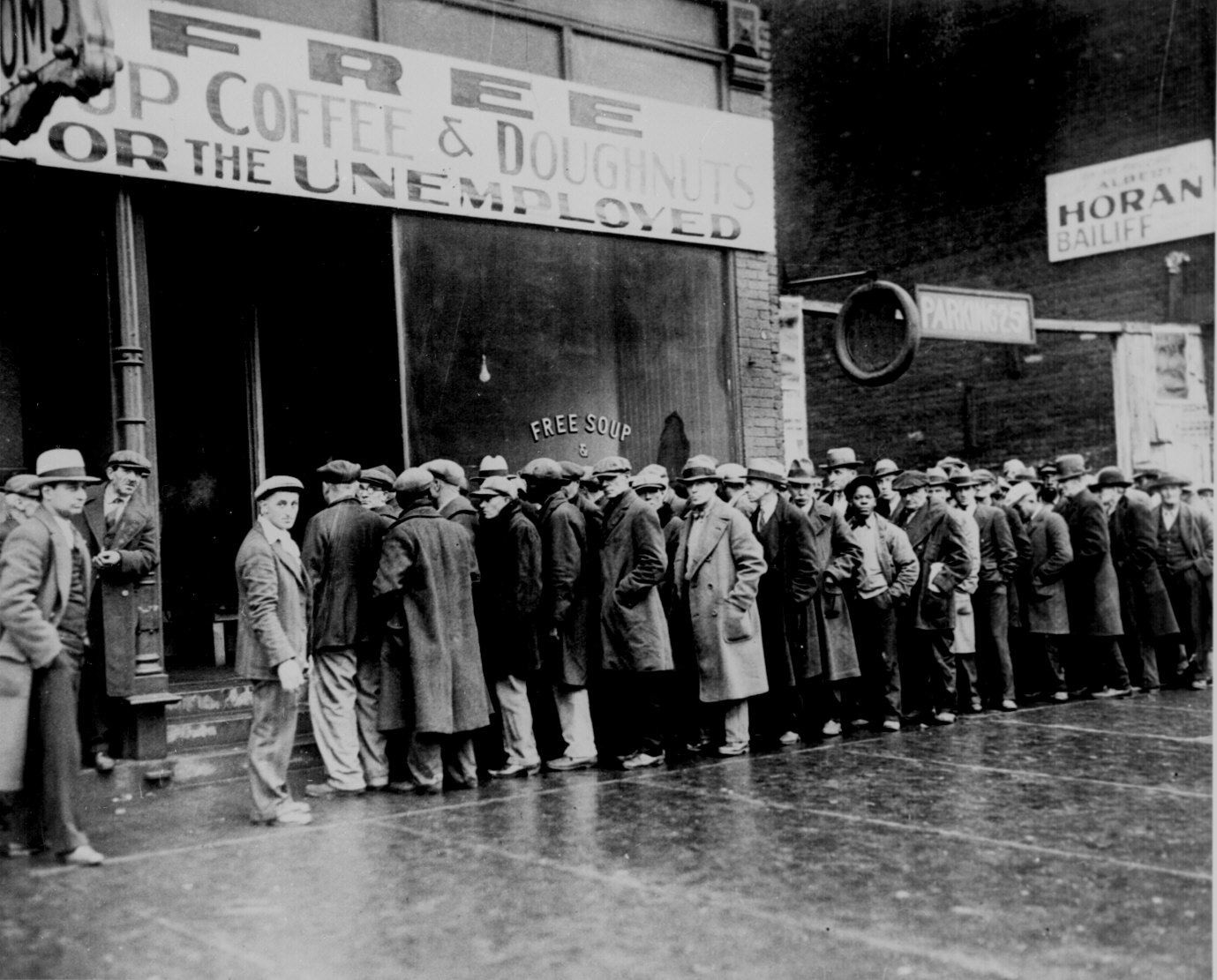