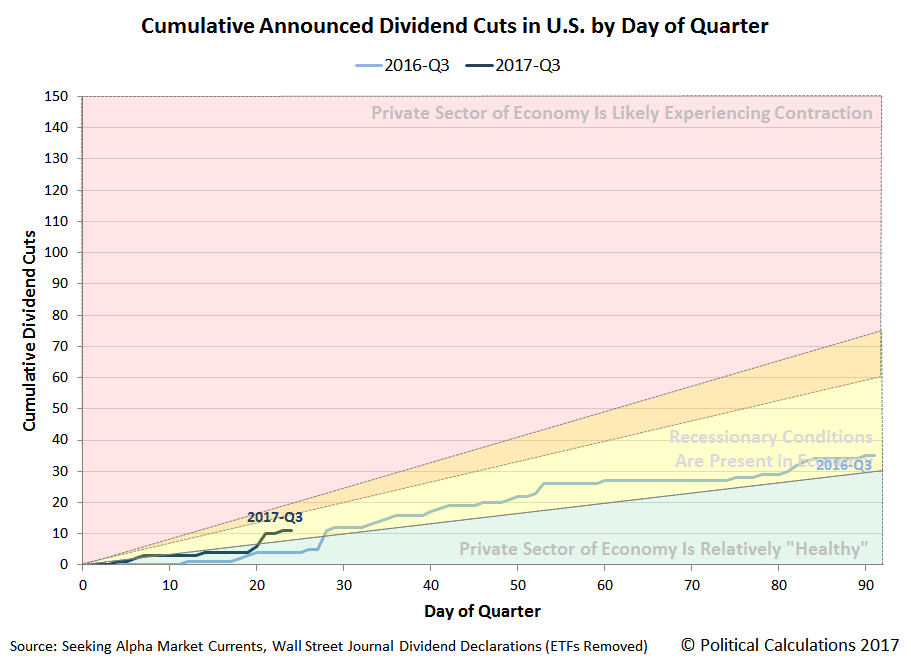 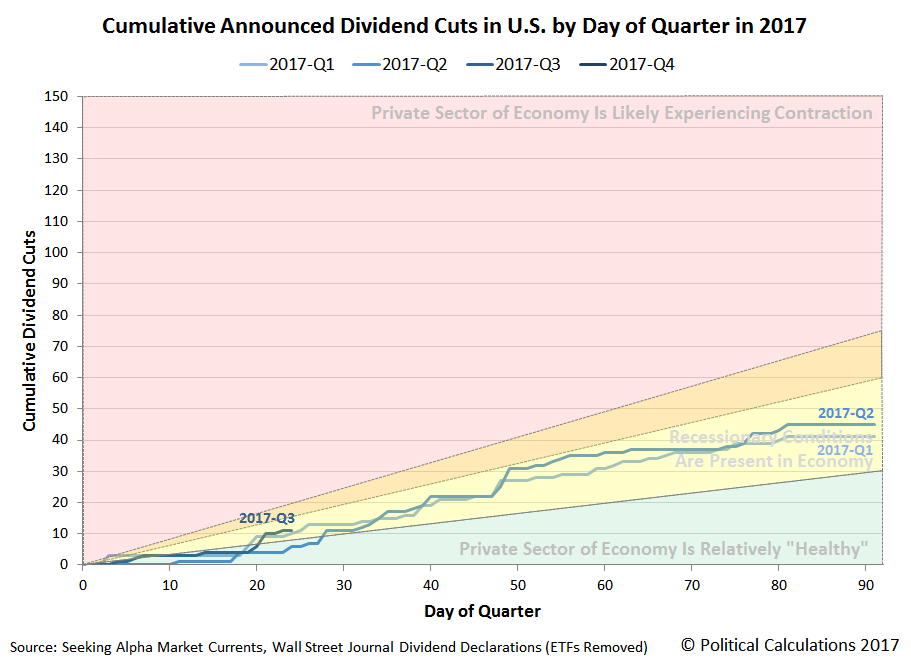 Looking at the firms that have announced dividend cuts in 2017-Q3 into 25 July 2017, all but one are concentrated in the oil and gas sector of the U.S. economy. The one that wasn't in that industry is the Blackstone Group (NYSE: BX), a private equity firm that has been recognized as being "the largest owner of real estate in the world", which acquired much of its current holdings with the active assistance and encouragement of both the Obama administration and the Federal Reserve during what we've previously described as the initial inflation phase of the second U.S. housing bubble.