In California, age plays a big factor in how one might see the health of the state's job market, where adults see very different prospects for collecting paychecks than the state's teenagers do.

For example, the current state of the state's job market for adults Age 20 and older might be described as "California Stalling". 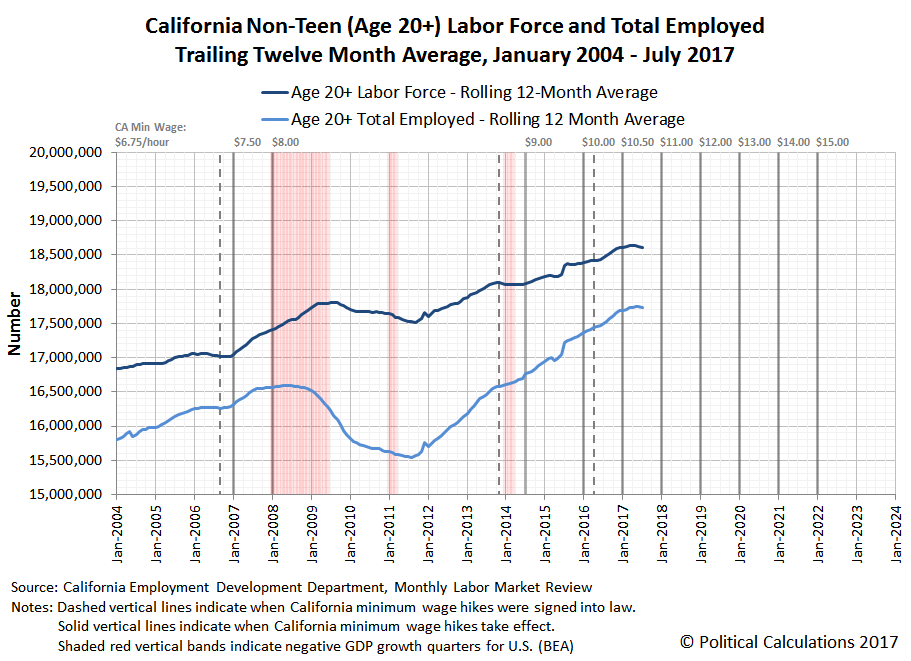 While for teens from Age 16 through 19, the best way to describe the state of the job market in 2017 is "California Falling". 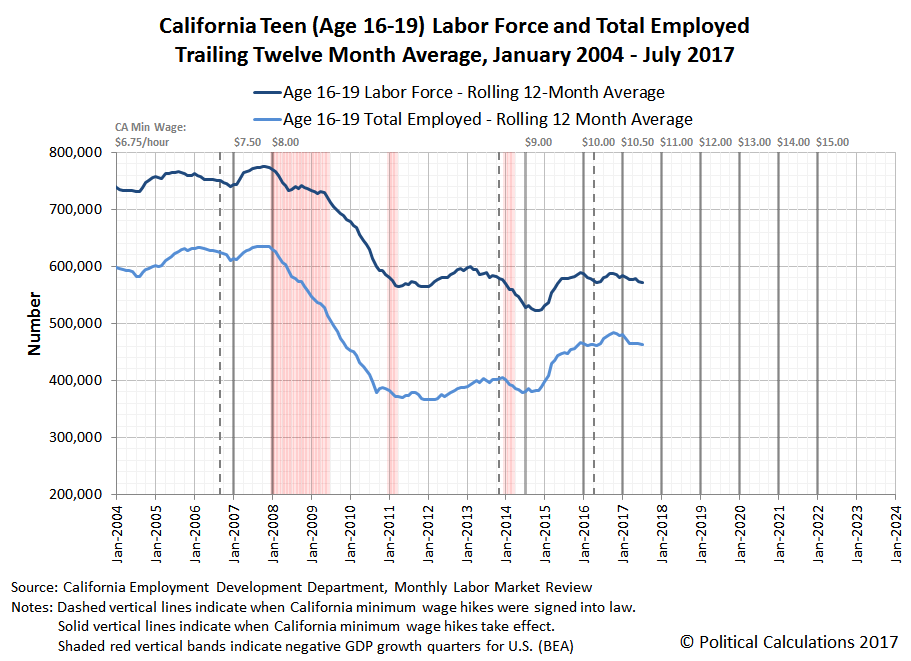 For a state that has been boasting about possibly having surpassed the United Kingdom to become the fifth largest economy in the world as recently as a month ago, its economy sure is showing signs of increasing strain.