August 2017 was something of a mixed month for dividend-paying stocks in the U.S. stock market. On the plus side, the number of U.S. firms announcing dividend increases was up and the number of firms announcing dividend cuts were down, both month over month and year over year, both of which are positive indications of the health of the private sector of the U.S. economy. Zooming in a little closer on the dividend cut portion of the bigger picture.... 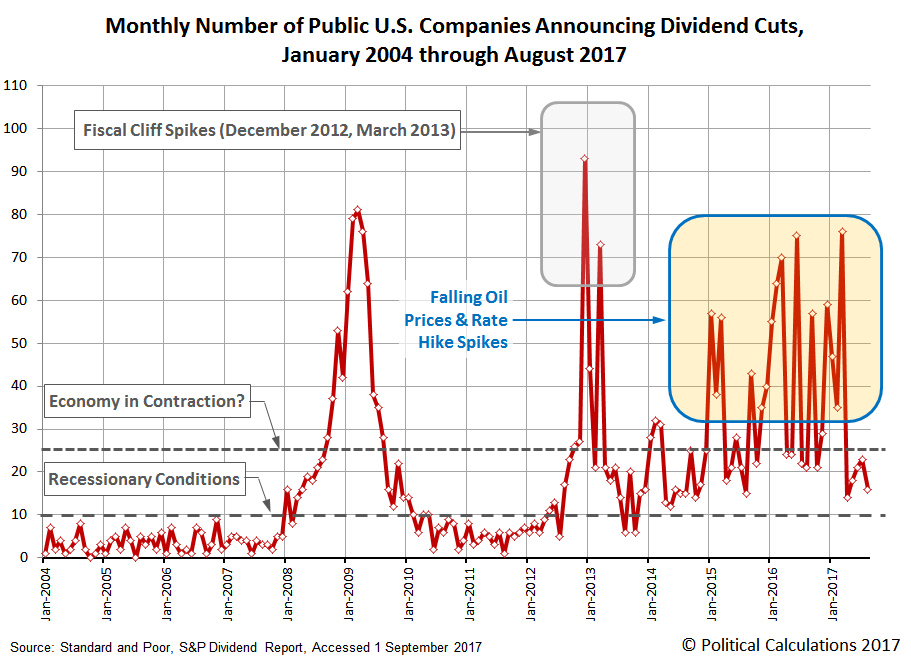 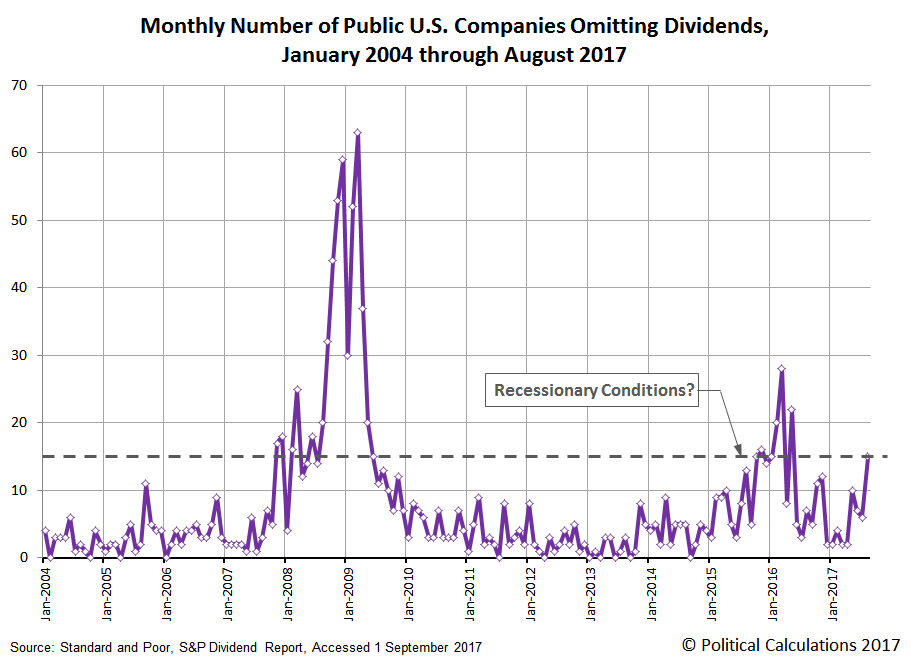 Together, the number of first that either omitted paying dividends or that announced dividend cuts suggests that the U.S. economy is above the threshold where some degree of economic contraction is taking place. Based on our real time sources for dividend declarations, that distress would appear to be primarily concentrated in the oil and gas sector, with the financial sector of the U.S. economy currently also being negatively impacted.

With that analsysis in mind, here are the dividend numbers for the month of August 2017: