Political Calculations
Unexpectedly Intriguing!
September 22, 2017
The Safety Margin of the Dose That Makes the Poison 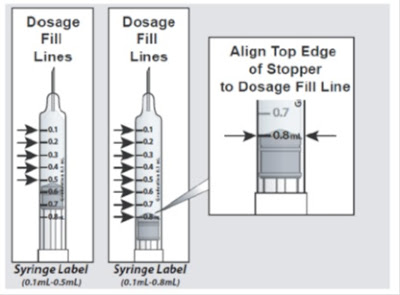 Any chemical can be toxic and cause death when ingested in large enough quantity. The thing that keeps things made from chemicals from killing everyone and everything they touch (and remember, everyone and everything is made from chemicals to begin with), is their dose, which determines whether the chemical in question will be effectively harmless or will turn out to be a fatal poison.

That's why it is important to pay attention to the instructions and labels included with many medications that specify their maximum allowable daily dosage (such as this example for many commonly prescribed or over-the-counter medications). But how far does that maximum "allowable" dose fall below what would be considered to be a fatal dose?

The reason why we're asking that question today is because we were surprised to learn from Josh Bloom of the American Council on Science and Health that acetaminophen, a very common and popular pain relieving and fever reducing medication, is considered by some to be the "most dangerous drug ever made".

The reason why it is considered such is because the margin of safety between a fatal dose of acetaminophen and the maximum allowable daily dose indicated on the over-the-counter medication's label is comparatively low when compared to other drugs that are popularly perceived as being more toxic.

In medicine, the approximate safety margin of an estimated fatal dose of a given substance with respect to the amount of a dose recommended to achieve its desired benefit in 50% of the population is given by a quantity called its Therapeutic Index (TI). For acetaminophen, an estimated lethal dose would be considered to be 10 grams (10,000 mg), while the maximum allowable daily dose for the drug has been set at 3,000 mg since 2011.

Those values let us calculate the therapeutic index for acetaminophen, which we've built the following tool to do the math. If you're accessing this article on a site that republishes our RSS news feed, please click here to access a working version of the tool on our site.

Prior to 2011, the maximum allowable daily dose for acetaminophen was 4,000 mg, which would give it a Therapeutic Index of 2.5. With its maximum allowable dose having dropped to 3,000 mg per day, the TI for acetaminophen is 3.3, which is still very narrow when compared with other pain relieving medications that are perceived by the public as being more dangerous, such as hydrocodone (estimated TI = 8 to 16), which must be prescribed by a medical professional.

That narrow margin for its TI value, along with its wide availability, may be why acetaminophen overdoses are surprisingly common. Neurologist Dr. Aric Hausknecht recently described the scope of the issue:

Doing the math, that's 350 intentional deaths that occur each year that can be directly attributed to overdoses of acetominophen. If all of these deaths are suicides, overdoses of acetaminophen would account for about 5% of all suicides by poisoning in the U.S.

For all the other cases, the bottom line is that the maximum allowable daily dose indicated on a medication's label should not ever be exceeded without direct monitoring and care provided by trained medical professionals.