Since we had it set up to cover Week 1 of October 2017, let's take one last look at our chart showing the actual trajectory of the S&P 500 during 2017-Q3 against the backdrop of our alternative futures "spaghetti chart" forecasts that differ according to how our dividend futures-based model of how stock prices predict they would based on far forward in time investors are looking. 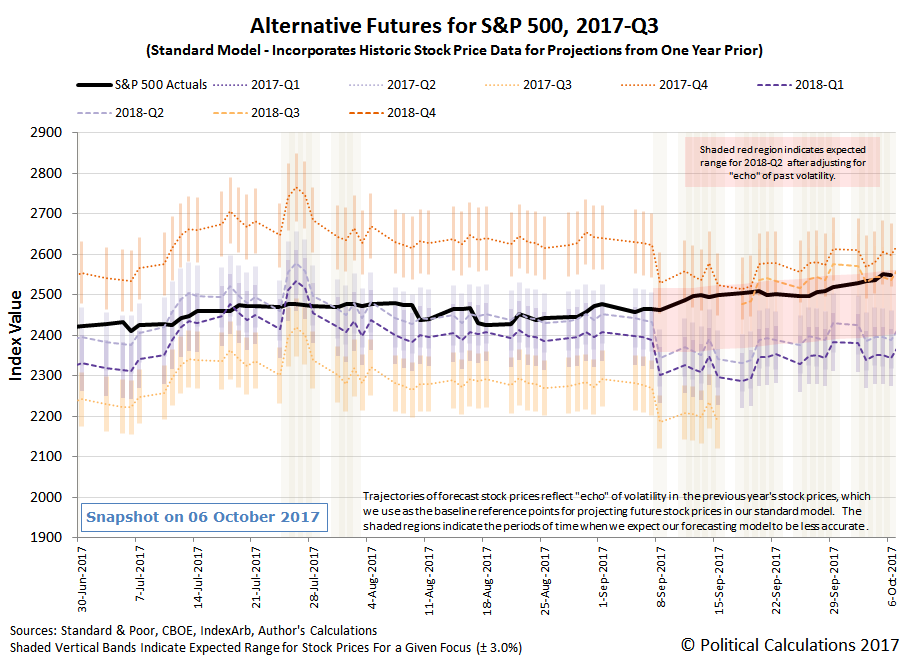 As best as we can tell, investors are still primarily focused on 2018-Q2, although with stock prices tracking along the upper edge of the echo-effect adjusted range indicated by the red zone shown on the chart, we believe that investors are also focusing on the current quarter of 2017-Q4.

The reason why we think that has a lot to do with the week's news events, where the expectations associated with future short term interest rate hikes by the U.S. Federal Reserve now suggest two rate hikes in the foreseeable future: one in 2017-Q4 and a second in 2018-Q2. The following table shows the CME Group's estimates of the probabilities htat the Federal Funds Rate will be set as indicated at various future meetings of the Federal Reserve's Open Market Committee (FOMC):

And since we're in the business of looking forward, the following chart updates our alternaive futures chart to peer through the end of the fourth quarter of 2017. 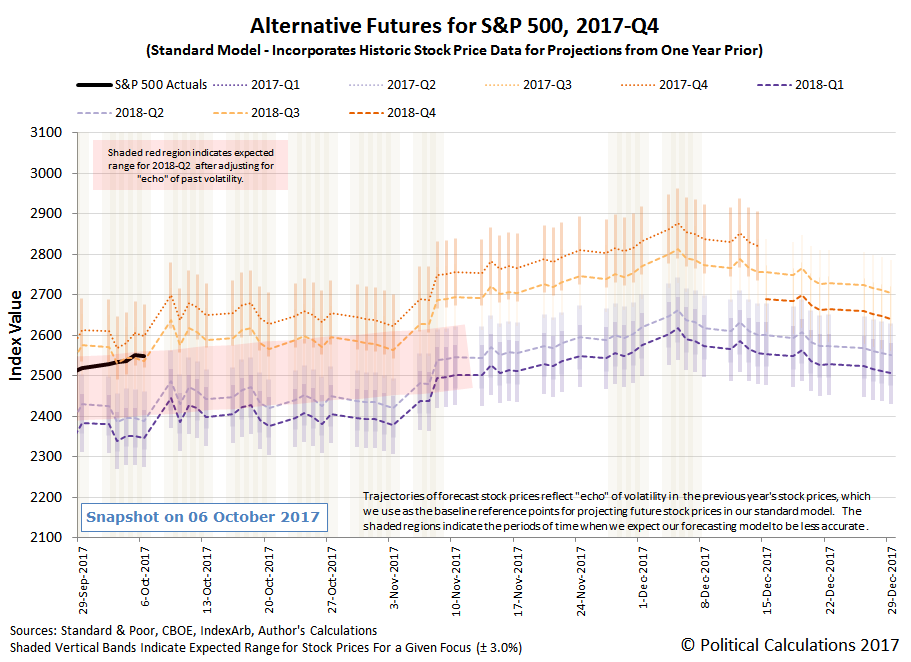 The headlines of the week reinforce the apparent influence of the expectations of future Fed rate hikes on investor expectations.

But wait, that's not all that happened during the first week of October 2017! For a succinct list of the positives and negatives for the U.S. economy and markets during Week 1 of October 2017, check out Barry Ritholtz' summary of the week's major events.