In the meantime, the trajectory of the S&P 500 continues to track along the top edge of the range we first forecast back in early September 2017. 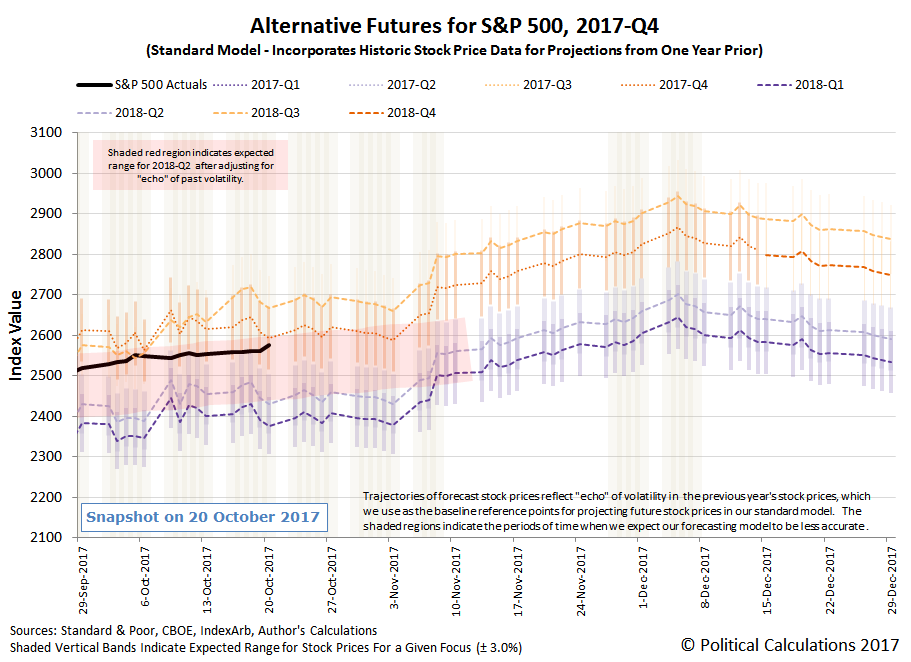 The S&P 500 index continues to track along near the top end of that range, shown as the red-shaded box, in which we assumed that investors would largely remain focused on the distant future quarter of 2018-Q2 as we accounted for the past volatility of stock prices on our dividend futures-based model. That adjustment has another two and a half weeks to run before we expect to be able to return to using the raw projections of our standard model.

From our perspective, one of the bigger stories of the past week was General Electric's (NYSE: GE) earnings announcement, which had been expected to come with a dividend cut announcement that would have noticeably affected the expectations for future S&P 500 dividends.

As GE announced its earnings before the start of trading on Friday, 20 October 2017, indicating that its future earnings would be on the order of 30% below their previous forecasts as its cash flow was also strained, GE's stock price at first plunged by 7% of its previous day's closing value in the day's pre-market trading.

What didn't happen however was GE's anticipated dividend cut announcement. Going by our theory of how stock prices work, where the fundamental driver of stock prices is expectations for their underlying dividends per share, that would mean that the initial reaction of investors to the company's earnings and cash flow announcement would likely turn out to be a short-lived noise event. And so it was, as GE's stock price reversed its plunge and went on to close up on the day by 1%, which ZeroHedge described as "GE-Dip-Buying-Panic".

As Bloomberg summarizes, the dollar rose, Treasuries sank and all three broad stock indexes are heading for a record close on bets a budget compromise will bring Washington closer to agreeing on Trump’s promise of tax reform. The dollar touched a three-month high and 10-year Treasury yields approached 2.4% while the Canadian dollar tumbled after inflation and retail sales missed estimates. Some clarity on a budget resolution, a good quarter of earnings and the anticipation of an announcement of the next Fed chair has led to market confidence. One stock clearly bucked the earnings trend; GE posted results before the bell, missing analysts’ estimates significantly and slashing its profit forecast. The stock erased losses after falling 7% in premarket trading. 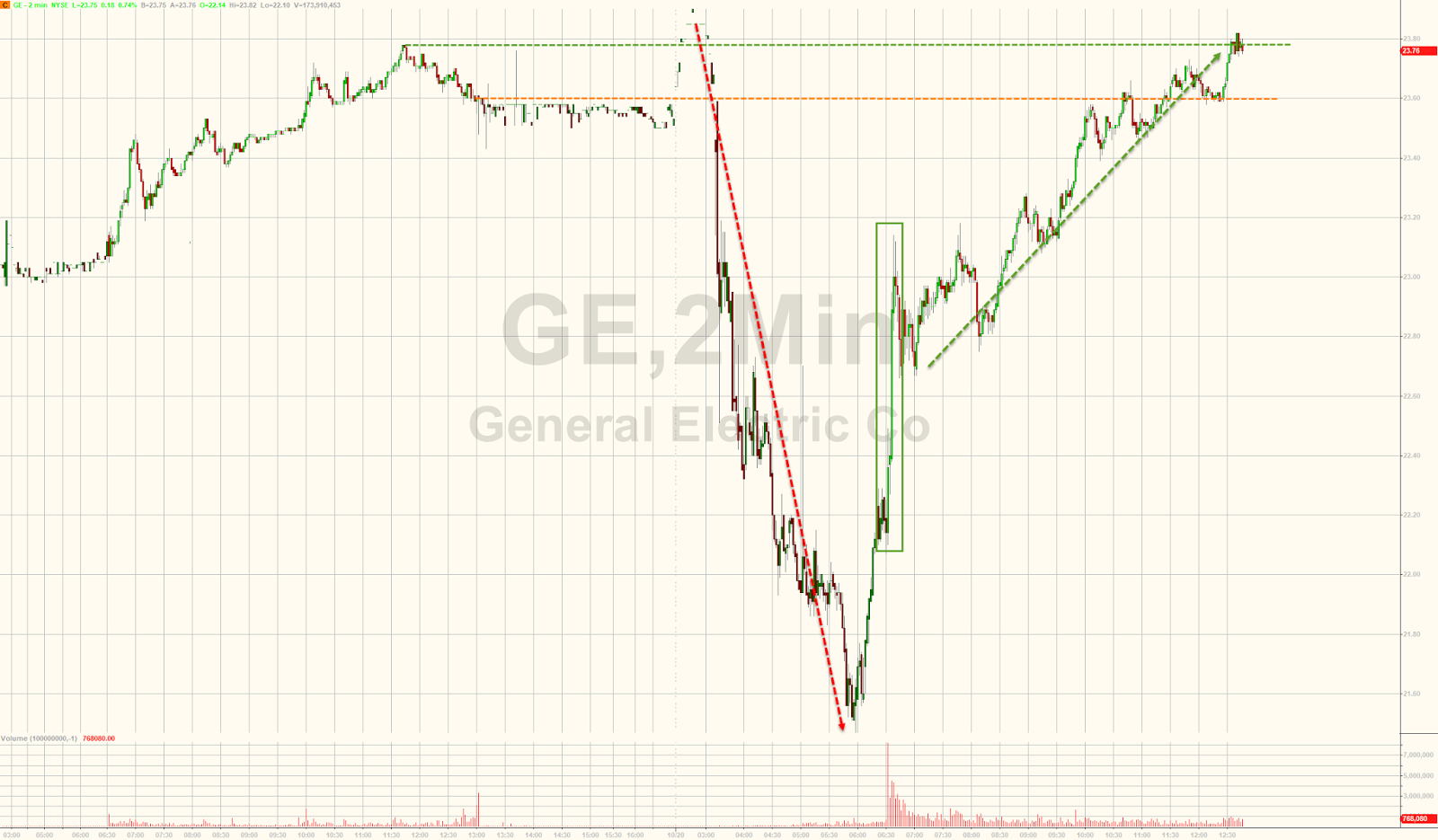 GE investors however are not yet out of the woods with respect to a potential dividend cut. The company may still announce that it will cut its dividend at its upcoming shareholder meeting on 13 November 2017. How that may affect the company's investors will now largely depend on how much of that anticipation is already reflected in the company's stock price, which has fallen by a quarter since the beginning of the year.

Meanwhile, there was a lot of other stuff that happened that was worth noting during Week 3 of October 2017....

Barry Ritholtz notes a number of usually strong statistics among the positives and negatives for the U.S. economy and markets in Week 3 of October 2017.