The just released data for October 2017 is preliminary, but if it holds, the average sales price of a new home in the United States exceeded $400,000 for the first time. 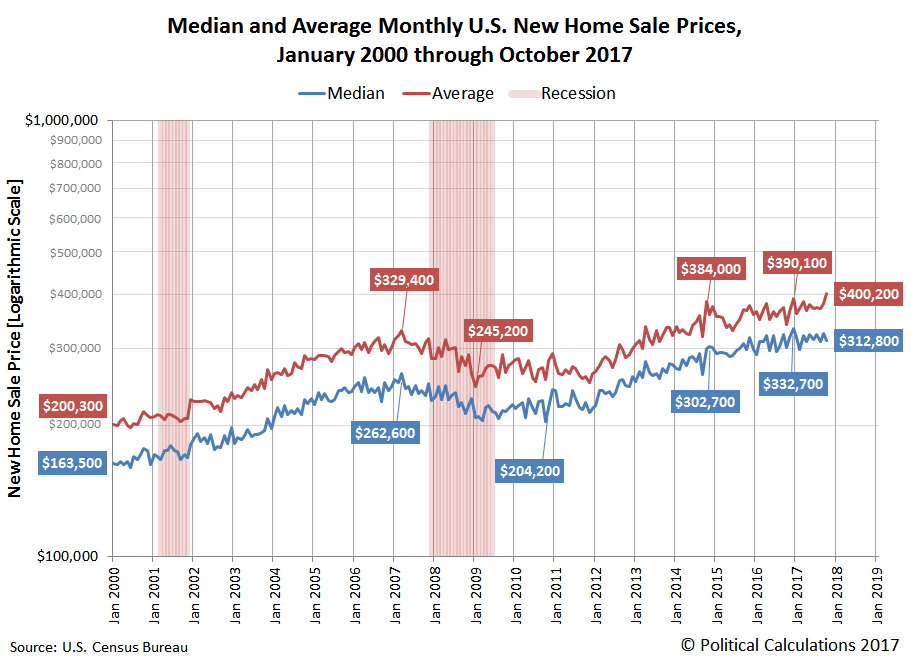 While these figures represent preliminary data that will be revised three more times over the next three months before being finalized, they do suggest that October 2017 saw a significant increase in the number of sales of modestly-priced new homes combined with a limited number of very high priced homes. Bill McBride offers some additional insight into what drove the month's sales numbers:

Overall, the preliminary sale price data also suggests that a new peak in relative unaffordability for new homes sold in the U.S. may have been reached in October 2017. The ratio of the trailing year averages of median new home sale prices and median household income has hit an all time high value of 5.463, which slightly eclipses the level of the previous peak of 5.460 in August 2017, which is based on revised new home sale price data for that month. 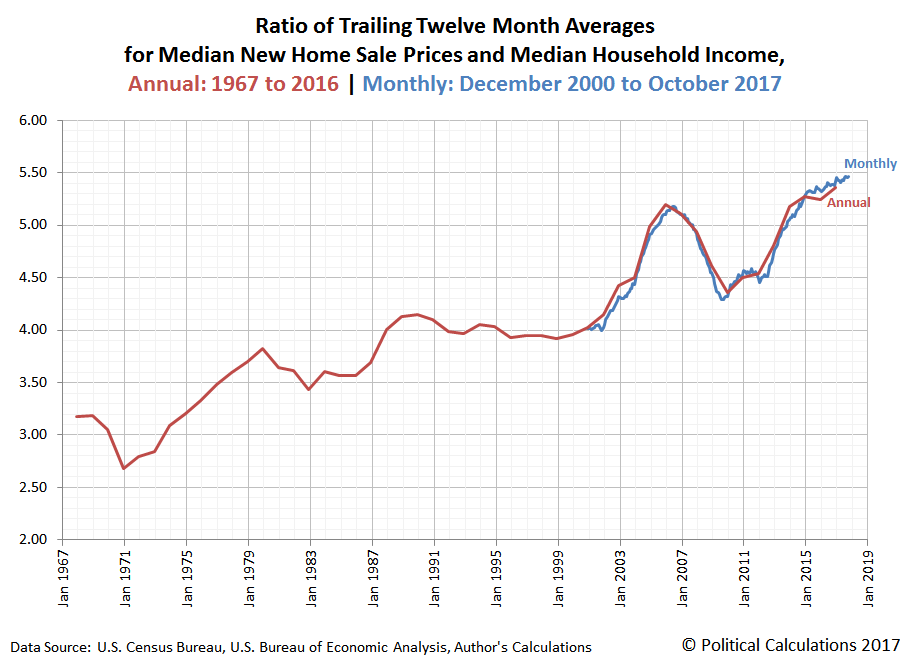