October 2017 was a good month for dividend-paying stocks in the U.S. stock market, although still with some cause for concern.

The following chart shows the number of U.S. firms that have taken action to either increase or decrease their dividends in each month from January 2004 through October 2017. 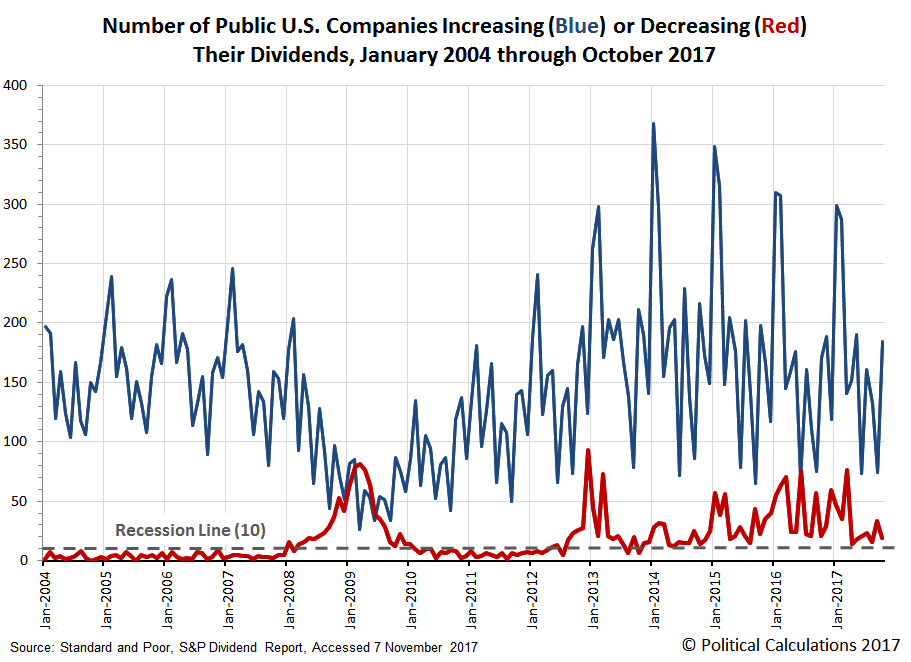 Let's run through the numbers for October 2017 to see how that month compares to what we saw just one month ago, and also one year ago....

Companies that omit paying out dividends are, like companies that announce reductions in their future dividend payments, undergoing some degree of financial distress. Our second chart combines the two to provide a better sense of how the relative health of the U.S. economy has evolved in the period from January 2004 through October 2017. 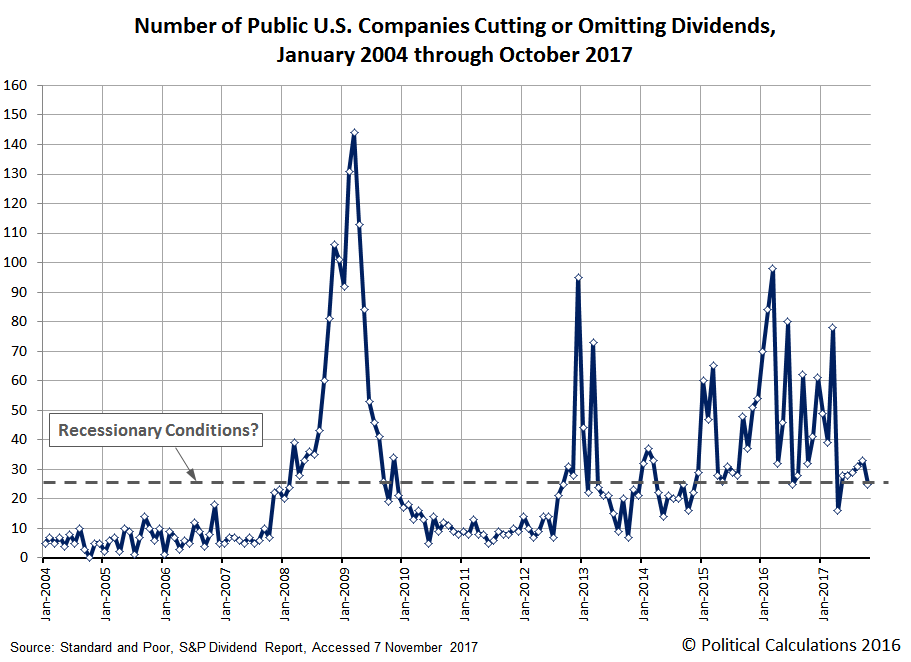 The combined total of 25 cut or omitted dividends for October 2017 puts the month right at the line where we identify a division between recessionary conditions being present in the U.S. economy and where the economy can be considered to be relatively healthy. As you can see, 2017 has been a much better year than either 2015 or 2016.

For more insight about the companies that acted to either cut or omit their dividends in October 2017, see our roundup of what we learned from our sampling for the month, which appears to have captured 100% of the companies that took either action indicating that they were experiencing some degree of distress.

Finally, we thank S&P's Howard Silverblatt for his quick response to our inquiry regarding the availability of the October 2017 data - this post wouldn't have been possible without it!