Some key statistics about U.S. farm-raised turkeys in 2017:

Those stats are a little outdated - the preliminary data that we have from the U.S. Department of Agriculture indicates that the average live weight of a farm-raised turkey in the United States is now a little over 31 pounds (14 kg) in 2017. 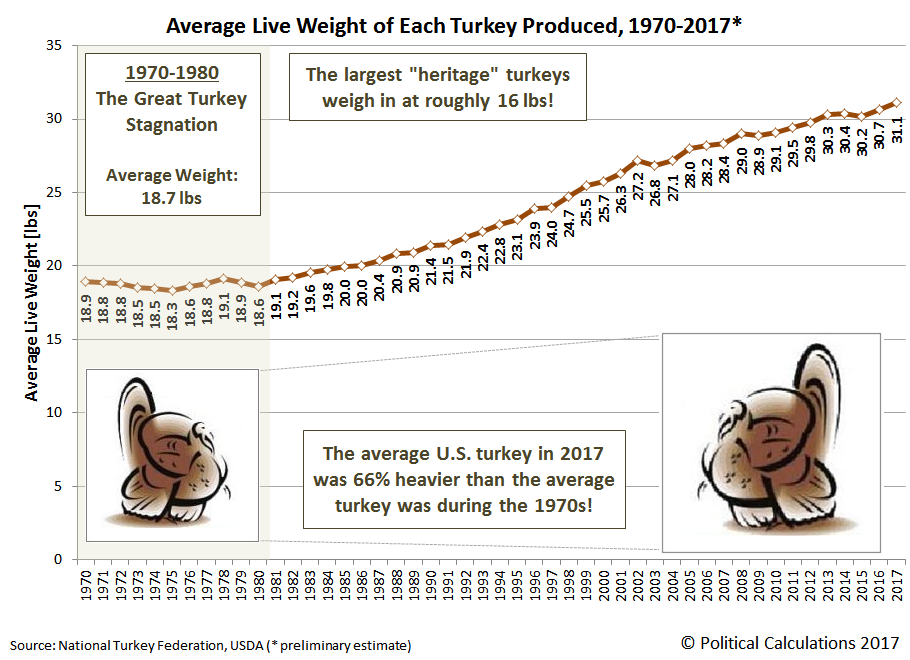 Which brings up a question that perhaps should now be asked: "What is the biological limit for how big a turkey can get?"