Dividends are a slightly lagging indicator for the U.S. economy, where they are typically about 1-3 months behind the events that drive the U.S. economy. For our purposes, following the announcement of dividend cuts is useful as a near real-time measure of the relative health of the U.S. economy. 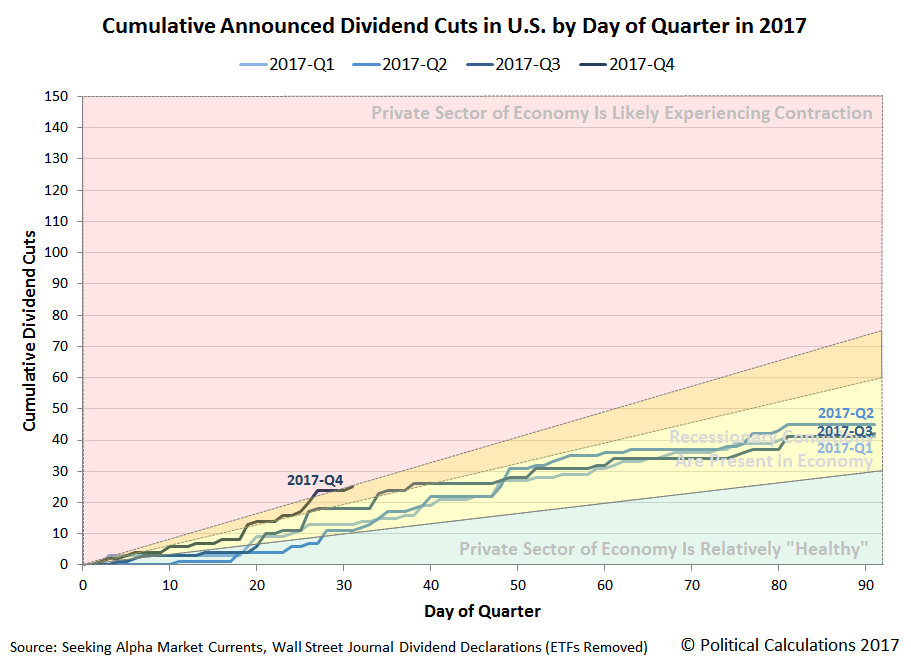 Our sample for October 2017 includes some 25 firms, of which, 15 are in the oil and gas industry, 6 are in the finance or are heavily invested in the real estate industry, and the remaining 4 firms are equally split between the mining and manufacturing sectors. The largest firm by market capitalization was Mattel (NYSE: MAT), which suspended its dividend during the last week of October 2017, after just having slashed it one quarter earlier in August 2017.

As you might guess from the large concentration of firms in the oil and gas industry, most of the distress in the U.S. economy has been concentrated in that sector, which is largely attributable to the level of crude oil prices during the third quarter of 2017, which rebounded after falling in the previous quarter, but still remained relatively low.

For this industry, the good news is that crude oil prices have been rising since the end of August 2017, which points to higher profits and fewer dividend cuts in upcoming quarters.

Meanwhile, the source of distress in the financial industry, and especially its real estate investment trust component, can be attributed to the Fed's ongoing series of short term interest rate hikes, the latest of which was still being absorbed during the third quarter of 2017. 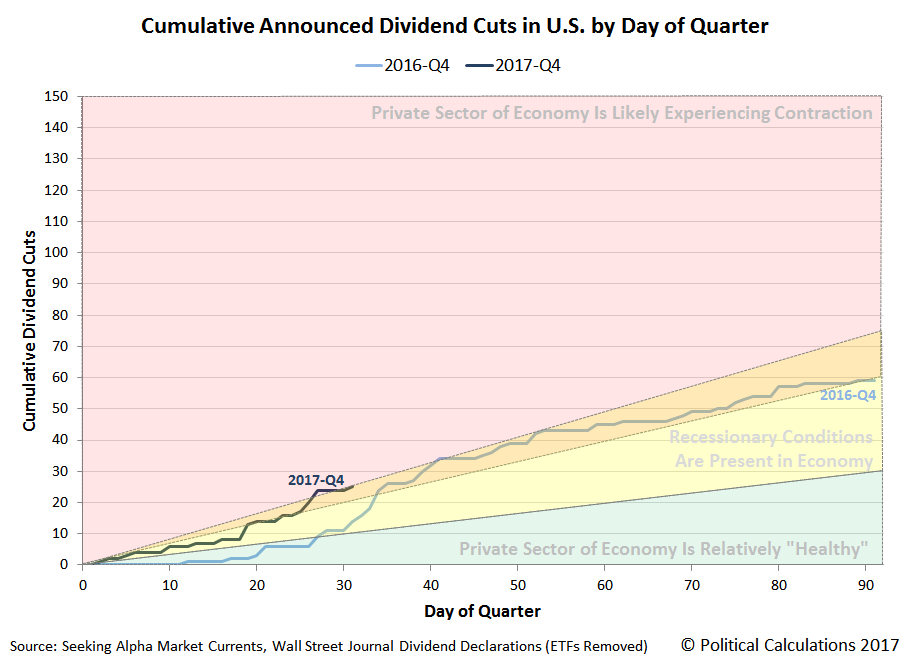 On the whole, the pace at which dividend cuts have been announced during 2017-Q4 to date indicates that significant sectors of the economy are straddling the threshold between where recessionary conditions are simply present and where economic contraction is occurring.

And that's what we know at this writing, without S&P having yet reported the total number of dividend cuts and suspensions that were recorded in October 2017. We'll bring you that data soon!