Based on final figures for January through October 2017, and preliminary estimates for November through December 2017, the city of Philadelphia is set to fall nearly 15% short of its $92.4 million revenue target for the first full year of its controversial soda tax. 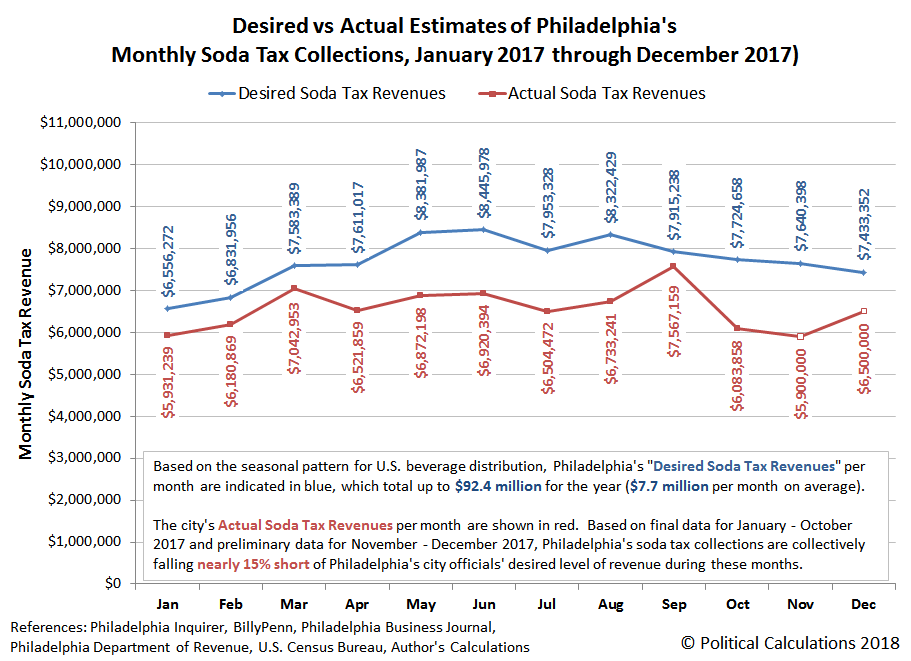 Overall, Philadelphia is set to collect $78.8 million from its 1.5 cents-per-ounce tax imposed on all pre-mixed naturally and artificially-sweetened beverages, including regular and diet drinks, distributed for retail sale within the city during 2017, which will fall $13.6 million short of the city's planned $92.4 million of revenue from the new tax.

That kind of a miss will have an impact on how much money is available to support the spending that Philadelphia city officials had planned for the proceeds of its soda tax. The following chart shows how the city had planned to spend the money it expected from its tax on sweetened drinks from Fiscal 2017 through 2021. 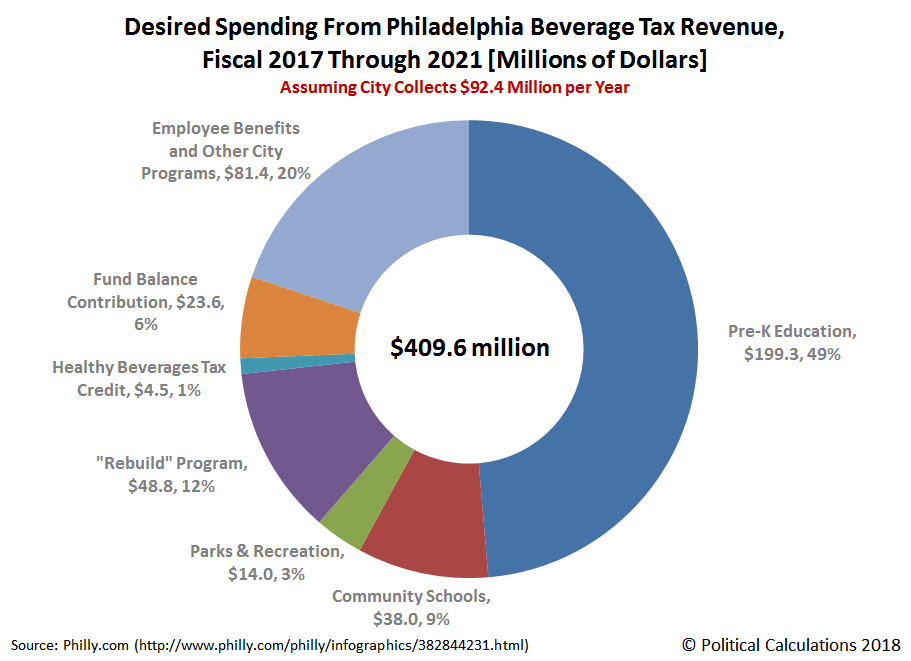 Instead, if the city's projected beverage tax revenue of $78.8 million represents the amount of money that it will be capable of collecting from the tax, the city can expect to only have $349.3 million to spend from 2017 through 2021, falling $60.3 million short of the $409.6 million that city officials planned they would be able to spend.

Regardless, whatever they choose will come with a cost. The following chart shows how much the city's planned spending from Fiscal 2017 through 2024 would change if each category was reduced by an equal percentage to match the city's actual soda tax revenue in 2017, should Philadelphia's city leaders choose to follow a path of fiscal responsibility by not raising or diverting taxes or borrowing new funds. 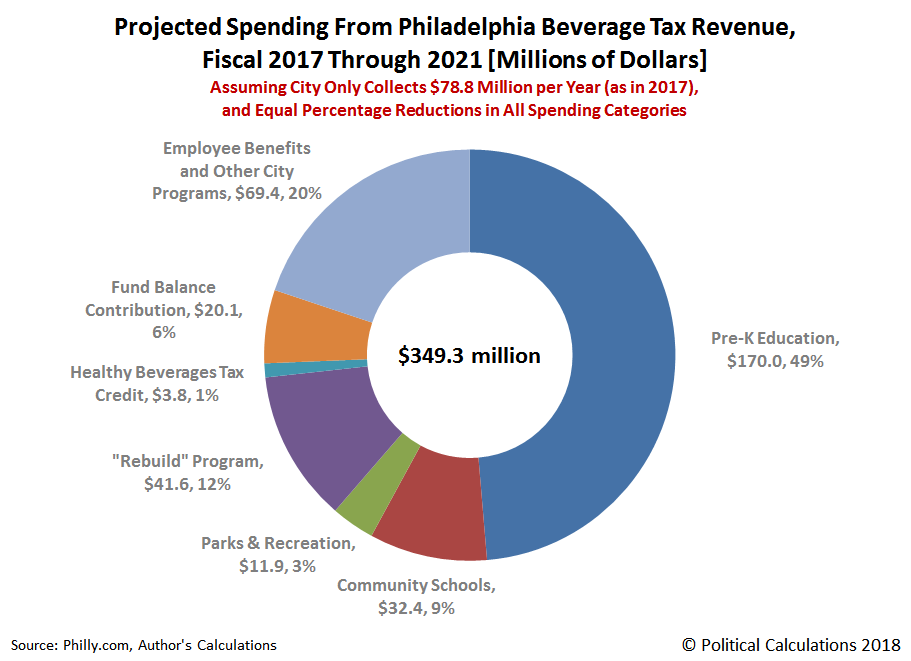 The real question now is which interest groups within the city will be the designated losers for addressing the soda tax shortfall in what Philadelphia's city officials will decide to do. The city will revisit its spending plans in March 2018.

If Philadelphia's leaders were smart, they've been planning how they'll respond to the funding shortfall since January 2017, when the city's soda tax collections first fell below desired levels. At no time in 2017 did the city ever collect what it would have needed in any given month to hit its $92.4 million target to sustain their desired level of spending, so there's really no excuse for not having such a plan ready to go.