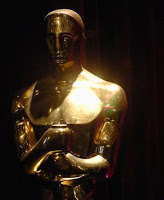 With the 90th Academy Awards set to be broadcast this weekend, movie lovers around the world are bracing for yet another poorly written, inappropriately political and excessively pretentious four-or-more hour long commercial for the film that will be crowned with the title of being named the Academy of Motion Picture Arts and Sciences' "Best Picture" in 2018.

But what if the members of the Academy of Motion Picture Arts and Sciences get it wrong?

Let's face some hard facts. These arty types have completely blown it in years past, where dare we say that every other movie nominated for the Academy's top award in some years was better than the motion picture that actually won.

And we can prove it! Starting with Business Insider's ranking of the worst-to-best movies that won "Best Picture" (or "Outstanding Production" as it was called in the Academy's earliest days), which they based on the combined score of Rotten Tomatoes' critics and audience scores for each Best Picture winner, we went the extra mile to see how the other, non-winning nominees for Best Picture fared by the same ranking system compared to the film that won in the same year.

What we found is that for the five worst ranked Best Picture winners, all the same-year competing nominees outscored the movie that won the Oscar. We've presented our results in the following table, where whenever possible, we've not only identified the movie that *should* have won the Oscar in each of these years, we've also linked to where you can watch the movies on Amazon Prime to see for yourself. Because if we're being honest, that will probably be a more rewarding experience that watching this year's Academy Awards ceremony.

Aside from the really depressing realization of how many of these movie titles have been remade over the years, it's really quite stunning to discover just how bad that some of Hollywood's "Best Pictures" have been. Especially when compared to how good the "losing" nominated films of the same year have proven to be.

And yet, no matter how bad they were, they're still better to watch than the Academy Awards broadcast from any year!

Update: Via RealClearLife, Oscar Winner May Not Really Be Best Picture - you may be surprised at how deep the list of disappointing winners goes, and also by how much it extends into the present!