According to the Small Arms Survey, Americans own 46% of all the firearms that are in civilian hands in the world today.

The Small Arms Survey says 393 million of the civilian-held firearms, 46 percent, are in the United States, which is “more than those held by civilians in the other top 25 countries combined.”

“The key to the United States, of course, is its unique gun culture,” the report’s author, Aaron Karp, said at a news conference. “American civilians buy an average of 14 million new firearms every year, and that means the United States is an overwhelming presence on civilian markets.”

The report said the numbers include legal and illegal firearms in civilian hands, ranging from improvised craft weapons to factory-made handguns, rifles, shotguns and, in some countries, even machine guns.

We were curious about the trend for firearm ownership in the U.S., so we tracked down estimates of the total number of firearms in the nation going back to 1994. The estimates are sporadic, where surveys aren't done every year, but the following chart reveals what we found. 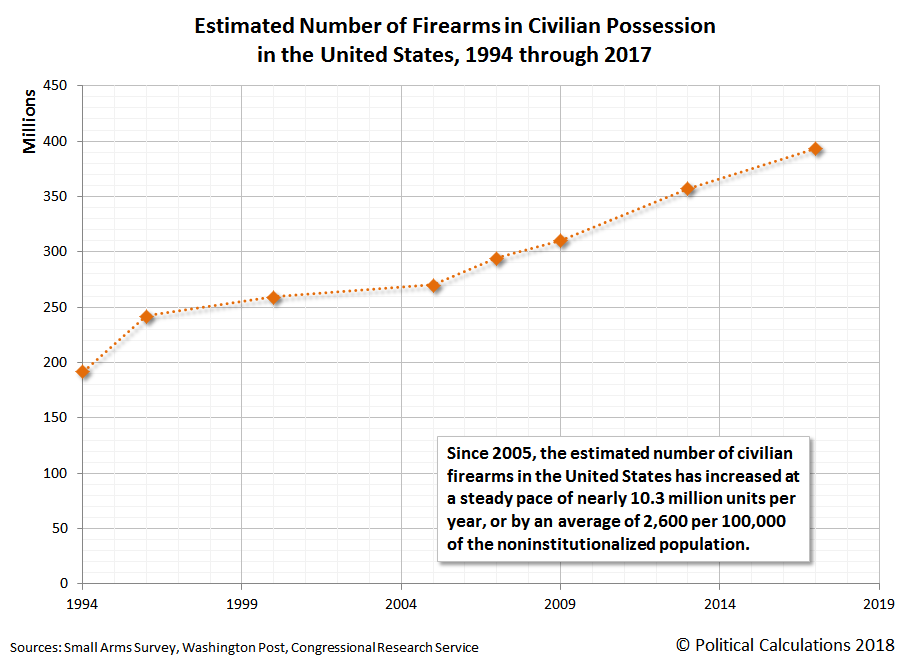 Since 2005, the estimated number of civilian firearms in the United States has increased at a steady pace of nearly 10.3 million units per year, or by an average of 2,600 per 100,000 of the non-institutionalized population. These figure would represent the net change in the number of firearms in the U.S., where with Americans buying an average of 14 million per year, suggests that Americans are retiring some 3.7 million firearms per year.

In the next chart, we've calculated the number of firearms for every 100,000 noninstitutionalized Americans. 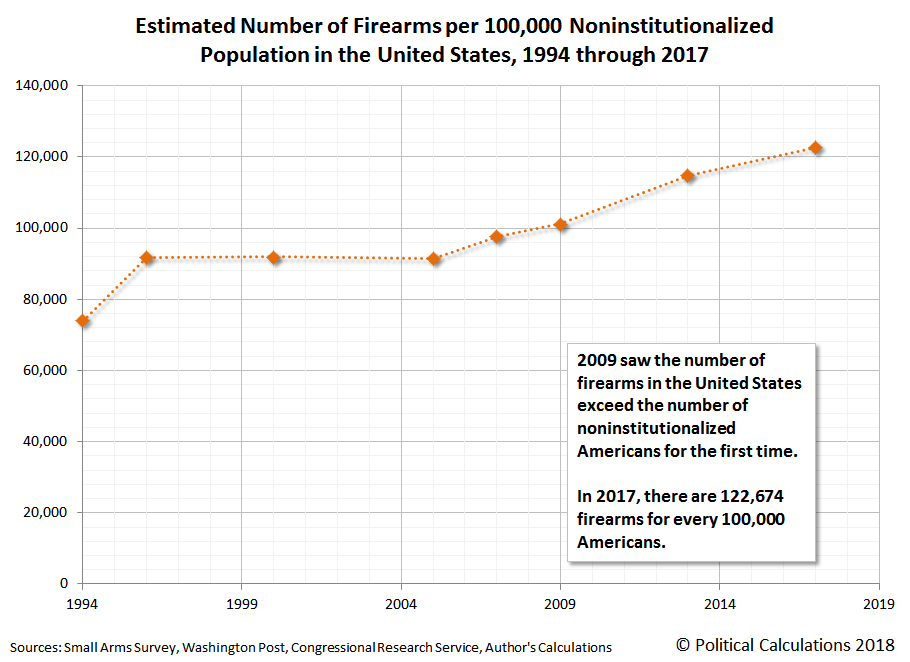 Here, we discover that 2009 saw the number of firearms in the United States exceed the number of non-institutionalized Americans for the first time, where by 2017, there are 122,674 firearms for every 100,000 Americans.

We next wondered if there would be any correlation between the number of firearms per 100,000 non-institutionalized Americans and the number of firearm-related homicides and suicides in the United States. In the next chart, we've extracted homicide firearm death rate data from the U.S. Centers for Disease Control WISQARS database to pair with the available historic firearm estimates data. 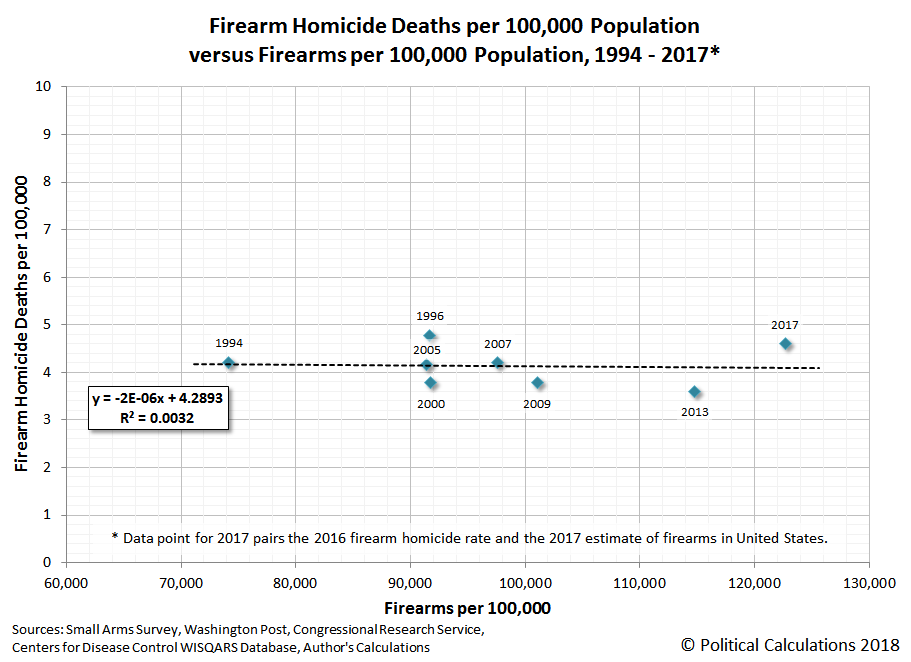 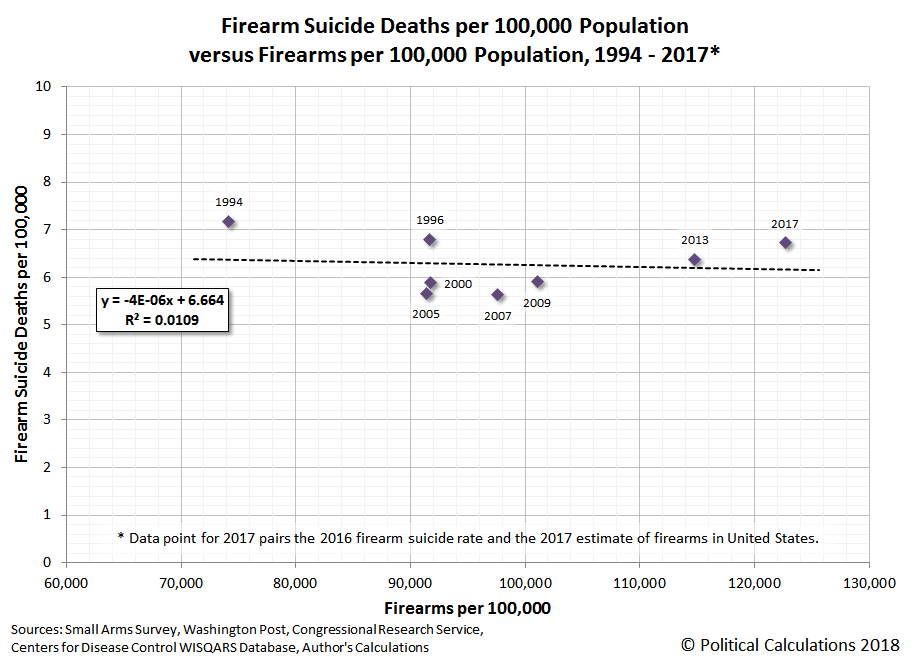