May 2018 marks the first test of our updated model for estimating median household income, where our alternate method indicates that the median income for U.S. households in May 2018 is $61,497.

That figure compares very favorably with the $61,858 estimate of median household income that Sentier Research has reported for May 2018, which was up by 0.6% from Sentier's estimate for April 2018. We had hoped that our estimate would be within one percent ($619) of Sentier's monthly Current Population Survey-based estimate, so we're happy with the result that we obtained with our alternate method for estimating median household income.

The following chart shows the nominal (red) and inflation-adjusted (blue) trends for median household income in the United States from January 2000 through May 2018, as given by Sentier Research's monthly estimates. The inflation-adjusted figures are presented in terms of constant May 2018 U.S. dollars. 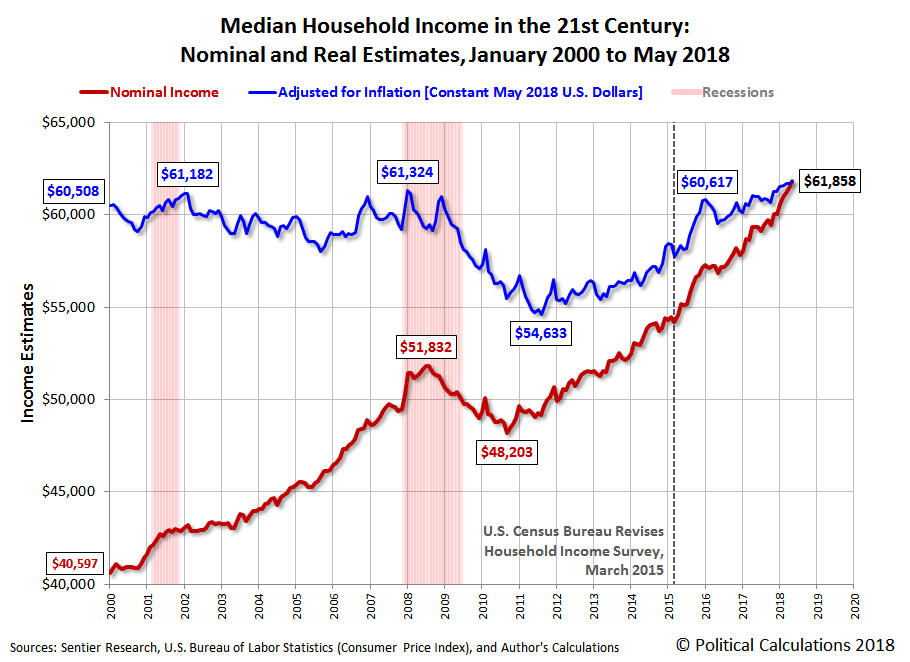 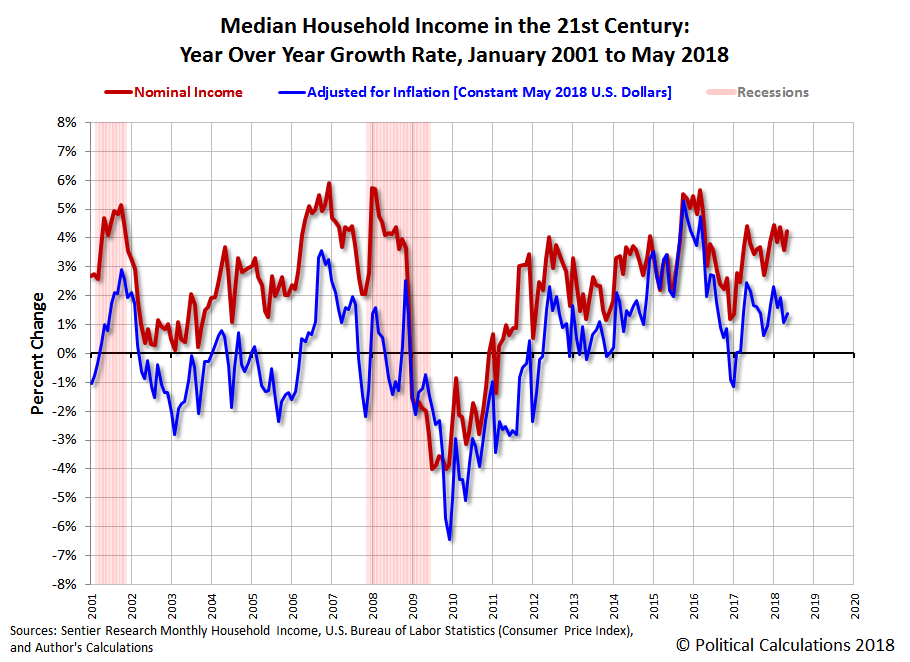 That said, our alternate method may allow us to do some things that Sentier Research's estimates cannot, namely, to telescope the monthly median household income data back in time, to cover the period before Sentier Research began reporting their data series. That's something that we're looking forward to test driving in the near future!

Sentier Research. Household Income Trends: January 2000 through May 2017, March 2018 through May 2018. [Excel Spreadsheet with Nominal Median Household Incomes for January 2000 through January 2013 courtesy of Doug Short]. [PDF Document]. Accessed 27 June 2018. [Note: We've converted all data to be in terms of current (nominal) U.S. dollars to develop the analysis presented in this series.]