Political Calculations
Unexpectedly Intriguing!
July 25, 2018
Peeling Back the Layers of Octonions to Reveal the Laws of Physics

If you're one of those people who are intimidated by math the more advanced it gets, buckle in, because we're going to push the limits!

Let's get there in bite-size stages, starting with the set of "real" numbers, which are made up of the set of all the whole, rational and irrational numbers that you might find on the kind of number line that you might remember from your days in school, whether they be positive, negative, or the number zero.

Real numbers are the kinds of numbers that you should be pretty familiar with from daily life, where you'll find yourself adding, subtracting, multiplying and dividing them pretty often or, as might be the case, that the computer-based devices you use are dealing with.

But while they may seem like they're pretty complex, they're not what mathematicians would call complex numbers, which are one step up in the complexity level from real numbers. Complex numbers are made up of the set of all the real numbers that we've already covered, plus what are called "imaginary" numbers, which are what mathematicians call the numbers that become negative when you multiply them by themselves. Unless you're working in fields like physics or engineering, you're unlikely to run into these kinds of numbers often, if at all, but you should appreciate that they make it possible to describe or predict how things like electronic circuits work. 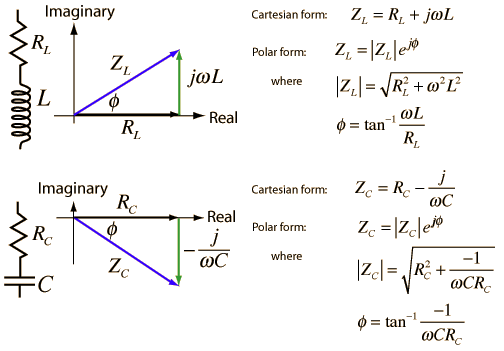 The next stage gets much more complex. Called quaternions, these represent an extension of complex numbers into a much more complex kind of number that happens to be really useful if you need to describe or predict how a body might move through space and time (or in simpler form, how stock prices change), which makes them four-dimensional in nature. (The following image shows a 2-D representation of the zeroth through fourth dimensions.)

Like real and complex numbers, quaternions can be added, subtracted, multiplied and divided, but with the wrinkle that they are non-commutative, where it matters what order you follow in performing these common mathematical operations, because the commutative properties of multiplication and addition no longer apply. What that means is that if you have quaternion values A and B that you are multiplying together, for example, you'll get a different answer if you multiply them in the order A*B than you will if you multiply them in the order B*A.

Octonions turn the complexity dial all the way up to eight, absorbing all the quaternion numbers (which previously absorbed all the complex numbers, which previously absorbed all the real numbers), while adding four additional parameters into the mix. By definition, that makes them eight-dimensional quantities, but here, the associative property of multiplication stops working the way it does for real, complex and quaternion numbers, where now, the answers you get from the math is determined in part from how you group the quantities being multiplied together. That's on top of the commutative properties of multiplication and addition having already broken down at the quaternion level.

Which brings us up to why we're even talking about these kinds of numbers today, because thanks to recent work by physicist Cohl Furey, it turns out that they may go a long way to describing how all matter works, all the way down to the quantum level as currently quantified by physics' Standard Model.

Furey began seriously pursuing this possibility in grad school, when she learned that quaternions capture the way particles translate and rotate in 4-D space-time. She wondered about particles’ internal properties, like their charge. “I realized that the eight degrees of freedom of the octonions could correspond to one generation of particles: one neutrino, one electron, three up quarks and three down quarks,” she said — a bit of numerology that had raised eyebrows before....

In her most recent published paper, which appeared in May in The European Physical Journal C, she consolidated several findings to construct the full Standard Model symmetry group, SU(3) × SU(2) × U(1), for a single generation of particles, with the math producing the correct array of electric charges and other attributes for an electron, neutrino, three up quarks, three down quarks and their anti-particles. The math also suggests a reason why electric charge is quantized in discrete units — essentially, because whole numbers are.

However, in that model’s way of arranging particles, it’s unclear how to naturally extend the model to cover the full three particle generations that exist in nature. But in another new paper that’s now circulating among experts and under review by Physical Letters B, Furey uses C⊗O to construct the Standard Model’s two unbroken symmetries, SU(3) and U(1). (In nature, SU(2) × U(1) is broken down into U(1) by the Higgs mechanism, a process that imbues particles with mass.) In this case, the symmetries act on all three particle generations and also allow for the existence of particles called sterile neutrinos — candidates for dark matter that physicists are actively searching for now. “The three-generation model only has SU(3) × U(1), so it’s more rudimentary,” Furey told me, pen poised at a whiteboard. “The question is, is there an obvious way to go from the one-generation picture to the three-generation picture? I think there is.”

This could become a very interesting space to watch! Particularly if it succeeds in re-directing physicists away from expensive experiments that involve colliding subatomic particles together at near-light speed to try to generate new ones that physics' Standard Model suggests may not exist.

And then, if the octonion-based math could resolve the issue of quantum gravity, that would be something too!

Until then, we'll leave you to consider the nature of a four dimensional cube that has been animated in 2D, because it's a lot easier to grasp than octonions....