Every now and again in the course of the projects we develop, we come across data that is, in and of itself, pretty interesting. Today, it provides an opportunity to visualize the U.S. government's revenues from the excise taxes it imposes on alcohol-based beverages. The following chart visualizes the rolling four-quarter total of U.S. federal alcohol taxes in the 21st century, covering each quarter from the end of 2000 through the recently ended quarter in June 2018. 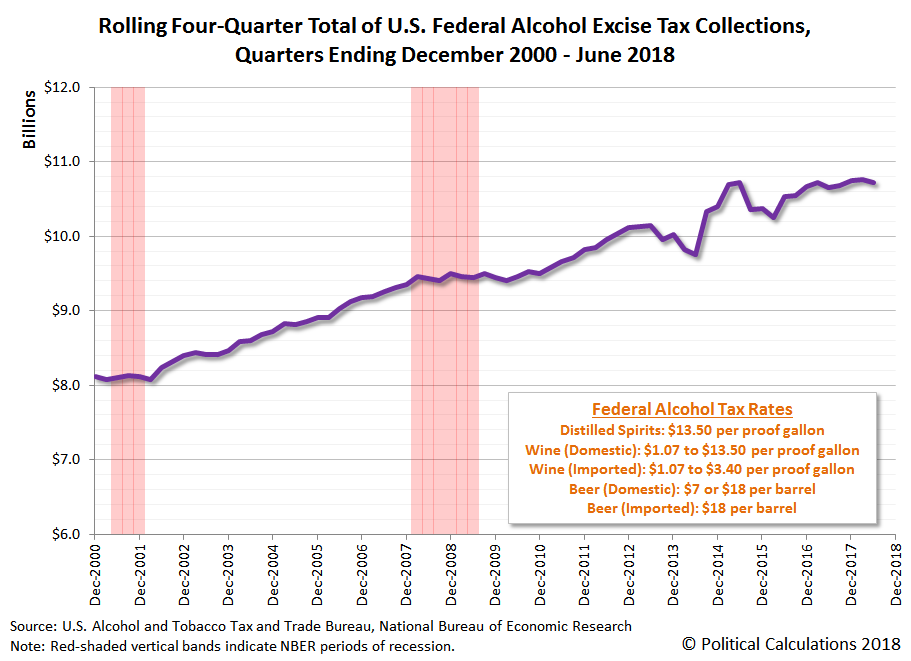 We've opted to show the rolling four quarter total of all federal excise taxes on alcohol-based beverages as a way to annualize the data, which allows us to account for the annual seasonality in the quarterly reported data. In our next chart, we've calculated the annualized amount of federal alcohol taxes per adult, based on our estimate of the Age 21 and older resident population of the United States, for the period from December 2000 through June 2018. 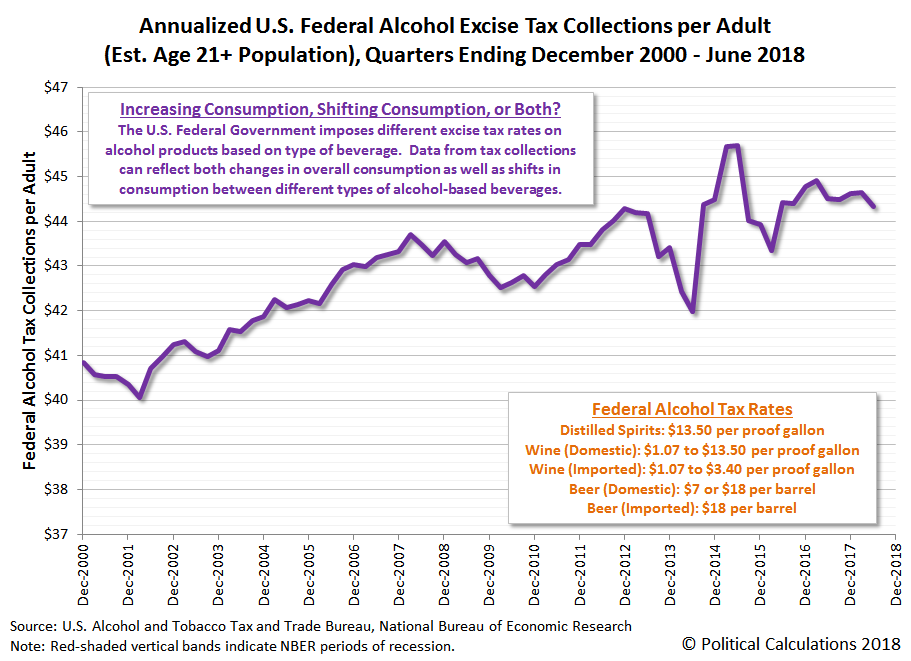 We say "unexplained", because as yet, we don't know what's behind those dips. And because we don't, we may have found a new project to develop.

In the meantime, if you want to find out more about U.S. Drunk Tax History, check out TaxNotes' podcast on the topic!