Political Calculations
Unexpectedly Intriguing!
September 6, 2018
The Impact of the U.S.-China Trade War on Their Trade to Date

According to the U.S. Census Bureau, the United States' trade deficit with China hit a record high in July 2018, with U.S. imports of Chinese goods rising year over year and Chinese imports of U.S. goods falling over the same period.

The following chart shows what the year over year growth rate of trade in goods and services between the two nations looks like after adjusting for the relative value of the exchange rate between the U.S. dollar and Chinese yuan. 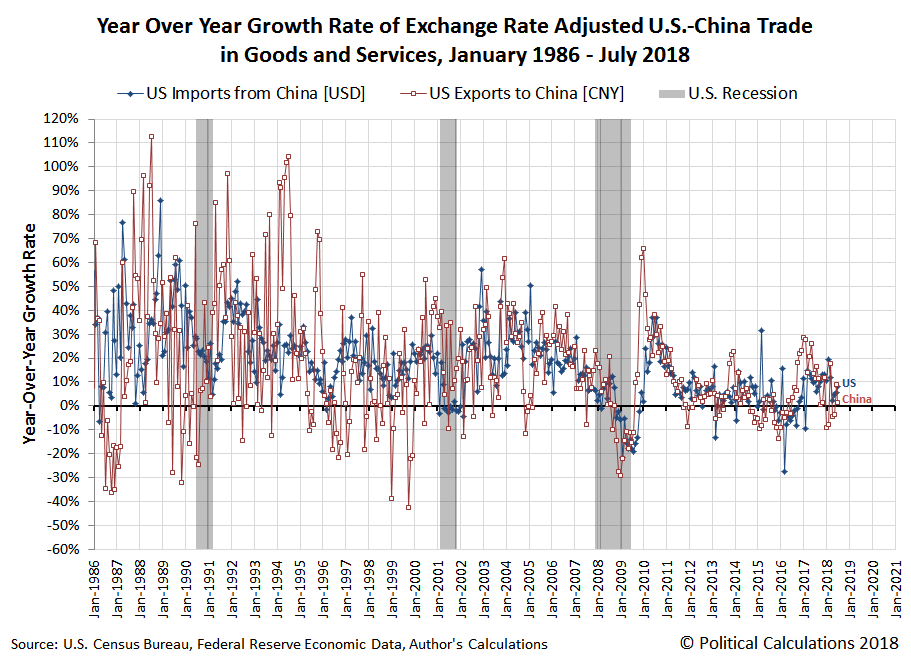 In the absence of its strategy to minimize its economy's intake of U.S. goods and services, the near-zero growth rate of China's imports of U.S. goods in July 2018 would be consistent with recessionary conditions being present in that country, which was certainly suggested in early 2018 prior to the implementation of any new tariffs being imposed by either nation on the other's goods.

However, since China's political leaders have adopted that strategy, it is contributing to the appearance of slow growth in China's economy from this particular data series. We can however use that data to get a sense of the extent to which the tit-for-tat tariffs that both nations have imposed on each other since the trade war between them began after mid-March 2018 by looking at the combined value of the U.S.' imports to and exports from China, where we can use the trend established in the months before any tariffs were first imposed as a counterfactual to tell us what the value of trade would be in the absence of their budding trade war with each other.

The following chart shows the combined value of that trade from January 2008 through July 2018, with the counterfactual shown as a projection of the linear trend that was established in the trailing twelve month average of the monthly data over the period from March 2017 through March 2018. 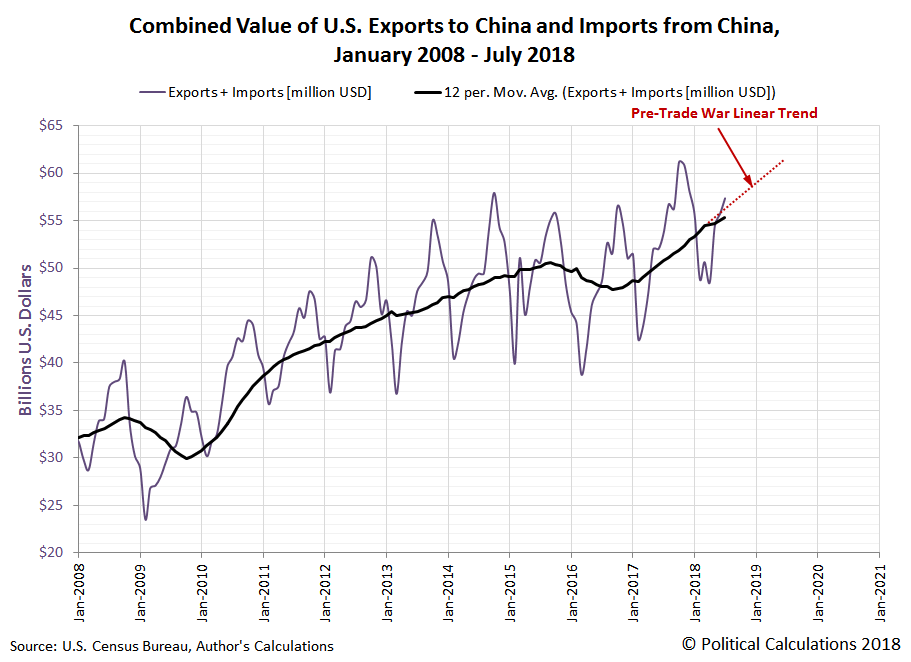 Based on this very simple counterfactual, we think that in the absence of the U.S.-China trade war, the combined monthly value of goods and services traded between the two nations would be roughly $1 billion, or 2%, higher through July 2018 that what actually has been recorded.

Assuming that China's organic economic growth hasn't itself also slowed, which is a real possibility.