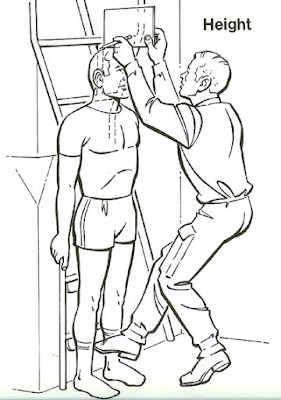 From the time a baby is born in the U.S. to the time they die, Americans are measured in a variety of different ways.

Two of those ways involve measuring their height and weight, which is a task that has been undertaken at regular intervals through the National Health And Nutrition Examination Survey (NHANES), where the latest summary of these vital statistics covering data collected from 2011 through 2014 was published by the U.S. Centers for Disease Control (CDC) in August 2016.

The following table reveals the average height, weight, and body mass index that the NHANES survey found for adult American women Age 20 or older in 2011-2014.

The next table reveals the average height, weight, and body mass index that the NHANES survey found for adult American men in 2011-2014.

How much do you suppose that the averages indicated by these statistics for the entire population has been affected by the United States' changing demography over the years?