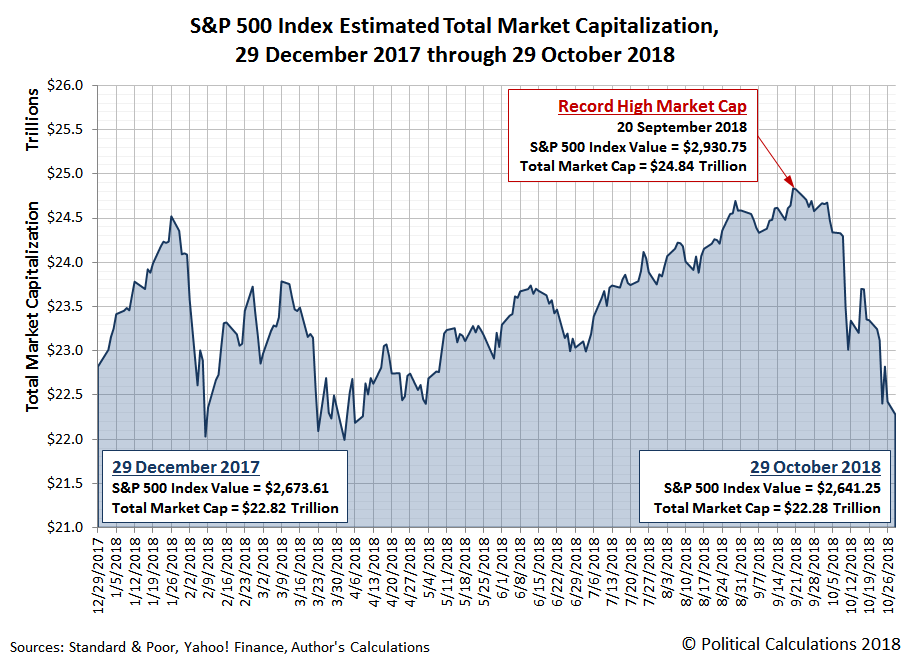 Just five firms account for more than $1 out of every $5 of the total net loss of market cap that the S&P 500 has seen since 20 September 2018: Amazon (Nasdaq: AMZN), Alphabet A and C (Nasdaq: GOOGL and GOOG), Facebook (Nasdaq: FB), and JP Morgan Chase (NYSE: JPM). The following chart illustrates the disproportionate bite that the market cap losses in these five firms has taken out of the S&P 500's net market cap loss over the last five weeks. 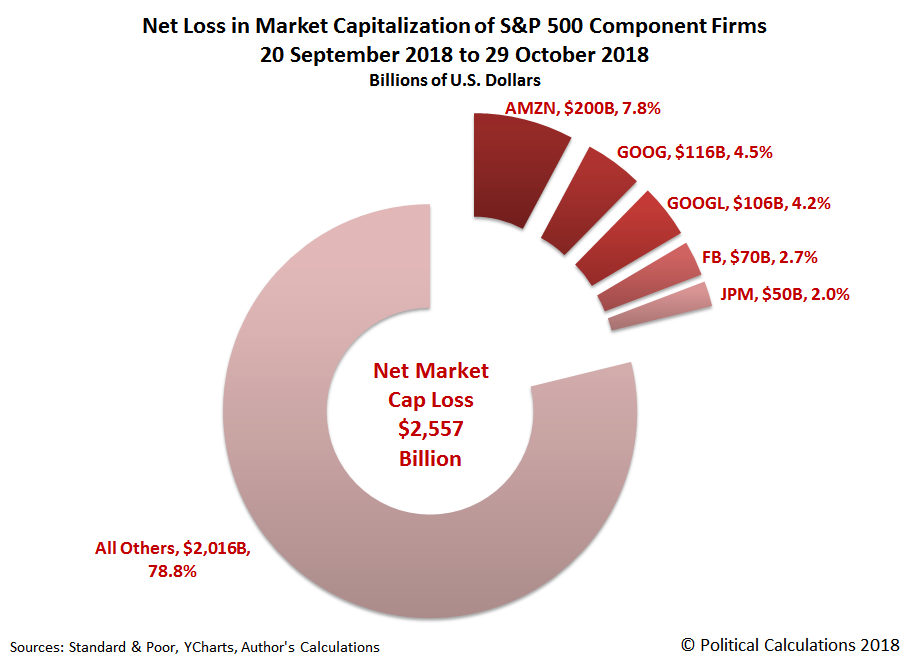 The really astounding thing is that much of this loss has come just during the last two days of trading!

Investors who hold a larger share of these individual stocks in their investment portfolios than their component weighting in the S&P 500 index are feeling more pain than those who invested in the index itself in the market's latest correction. In particular, Amazon's decline has been particularly noteworthy, as the company has gone from becoming the second in history to touch a trillion dollar market cap in nominal terms to now losing its place as the second-most valuable company in the U.S. in just the matter of five weeks, as the company has shed $200 billion of its market cap.