Overall, the market capitalization of the entire S&P 500 stands at roughly $25.8 trillion through the end of August 2018. The following chart tracks the history of the index' market valuation since it reached $1 trillion in value. We also have a chart showing the vertical axis on a logarithmic scale if you would prefer to see that version! 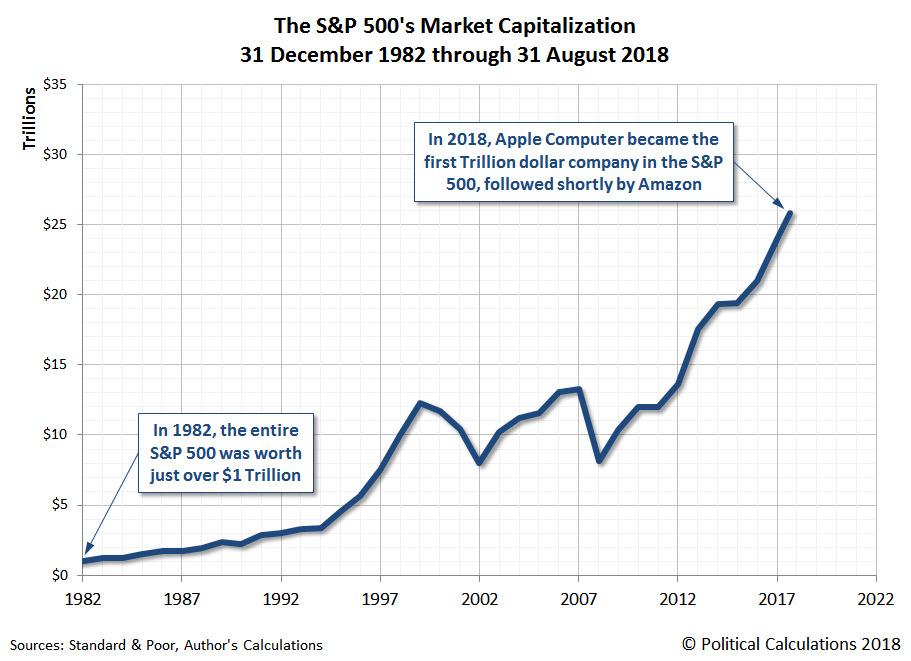 A third company, most popularly known as Google but officially called Alphabet (Nasdaq: Amazon (Nasdaq: GOOG and GOOGL), which also did not exist in either 1957 or in 1982, could also reach that lofty market valuation during 2018.