August 2018 saw the continuation of a relatively new trend for the relative affordability of new homes in the United States, where the median new home sale price was 5.35 times the estimate of median household income for the month. That ratio had peaked at 5.45 in February 2018, when in the months since, it has fallen mainly due to the rising trend for median household income in the U.S. 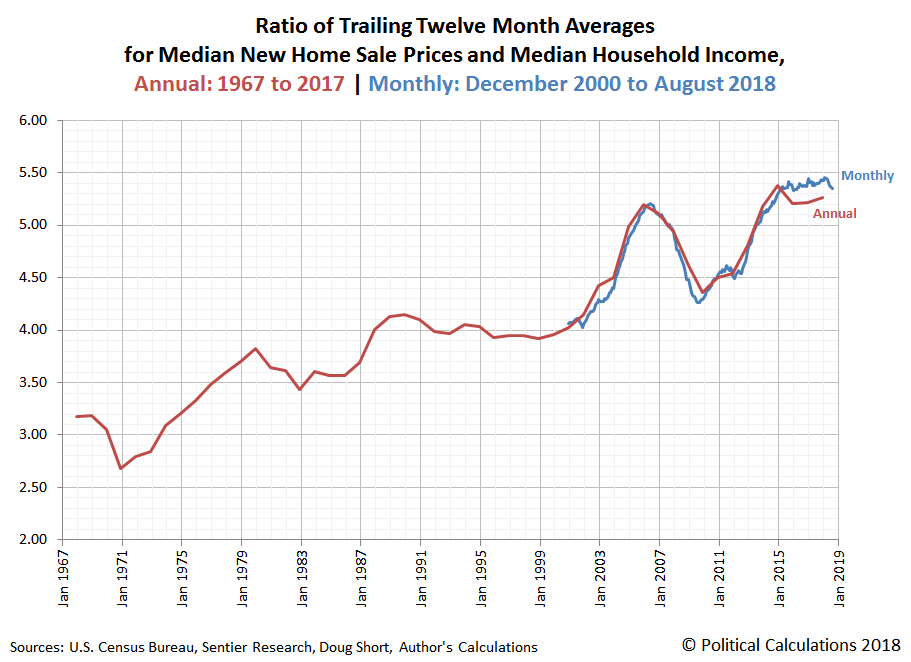 The following chart plots the relationship between the trailing twelve month averages of median new home sale prices and median household income from December 2000 through August 2018. 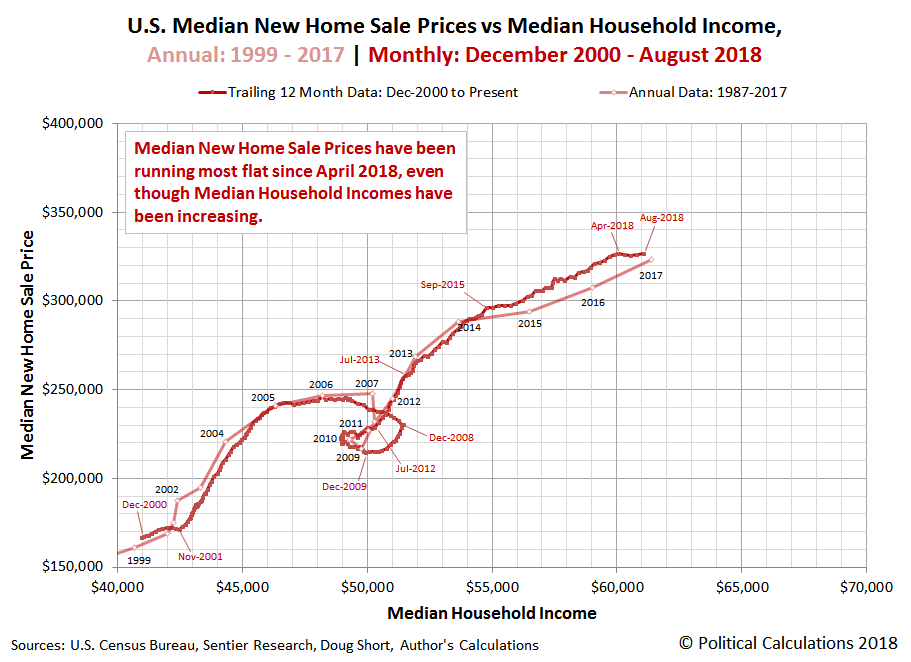 The trailing twelve month average of median new home sale prices in the U.S. last peaked at $362,683 in April 2018. The general trend since then has been fairly flat as median household incomes have grown, which accounts for the relative improvement in the affordability of new homes sold in the U.S. during 2018.

At 5.35 times median household income, August 2018's preliminary data indicates that the median new home in the U.S. is currently about as affordable as the median new home sold in January 2015. And though now on a downtrend, we should recognize that this ratio is still well elevated above what this ratio has been historically, as housing in the U.S. continues to be in short supply, where the ratio remains near record high levels of unaffordability.