Following what is seasonally the weakest month for dividend-paying firms in the U.S. stock market, October 2018 was, by comparison, solid but not spectacular. The following chart shows how the number of dividend increases and decreases announced during the month compares with all the previous months for which we have data. 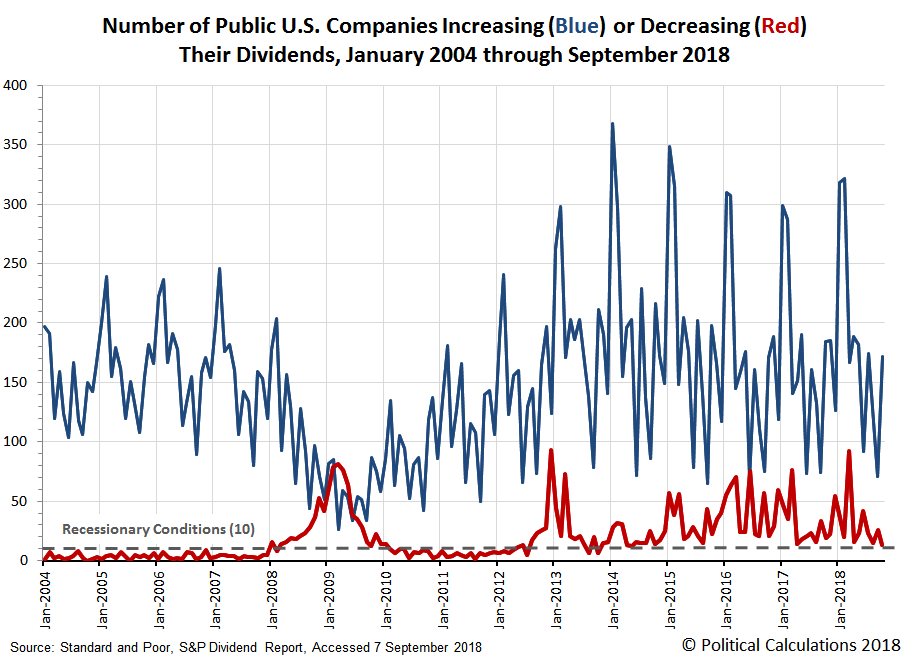 We think that S&P's Divstat system undercounted the number of dividend cut announcements during October 2018. Focusing on dividend cutting firms, we confirmed at least 22 dividend cut announcements for U.S.-based firms in October 2018, the majority of which (13) hail from the oil and gas industry, which was largely made up of firms that pay monthly dividends as a fixed percentage of their volatile monthly earnings. The remaining firms represent a pretty broad cross section spanning a number of industries, including financial, real estate investment trusts, food, manufacturing, mining, utilities, consumer goods, and healthcare, which had either one or two firms each. Here's the full list we extracted from our two sources of dividend declarations made in near real-time during October 2018.

We're not sure what's up with S&P's dividend cut count, which will hopefully be resolved in the near future. In the meantime, we'll continue cross-checking its monthly results with the data we extract from other sources.