Earlier this year, we marked the occasion when a relative period of order appeared to end in the S&P 500 and a new period of chaos seemed set to take hold in the market.

We say "appeared to end", because order returned to the S&P 500, where a stable relationship between the daily closing value of the index and the index' trailing year dividends per share that had begun on 31 March 2016 subsequently resumed. In retrospect, what we had initially thought to be a sign of order breaking down in the stock market proved to be an outlier event in light of how stock prices behaved in the following months.

That's not the case today, where we can show that relative period of order in the stock market has much more definitively broken down following the onset of the third Lévy flight event of 2018, where the first two events represent a really aggressive reversion to the established mean of the previous period of order. The following chart shows what that looks like against the backdrop of a statistical equilibrium chart. 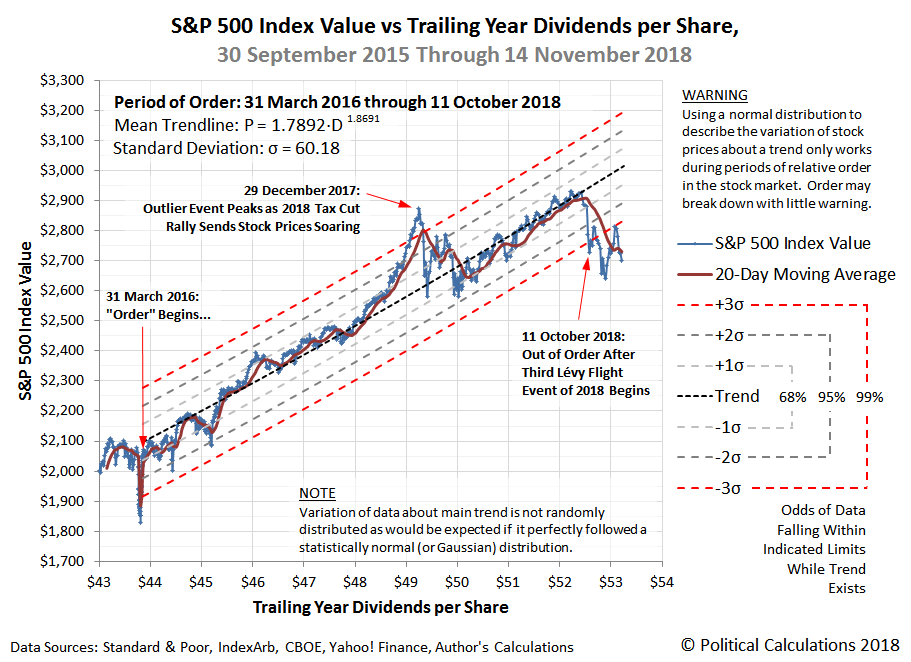 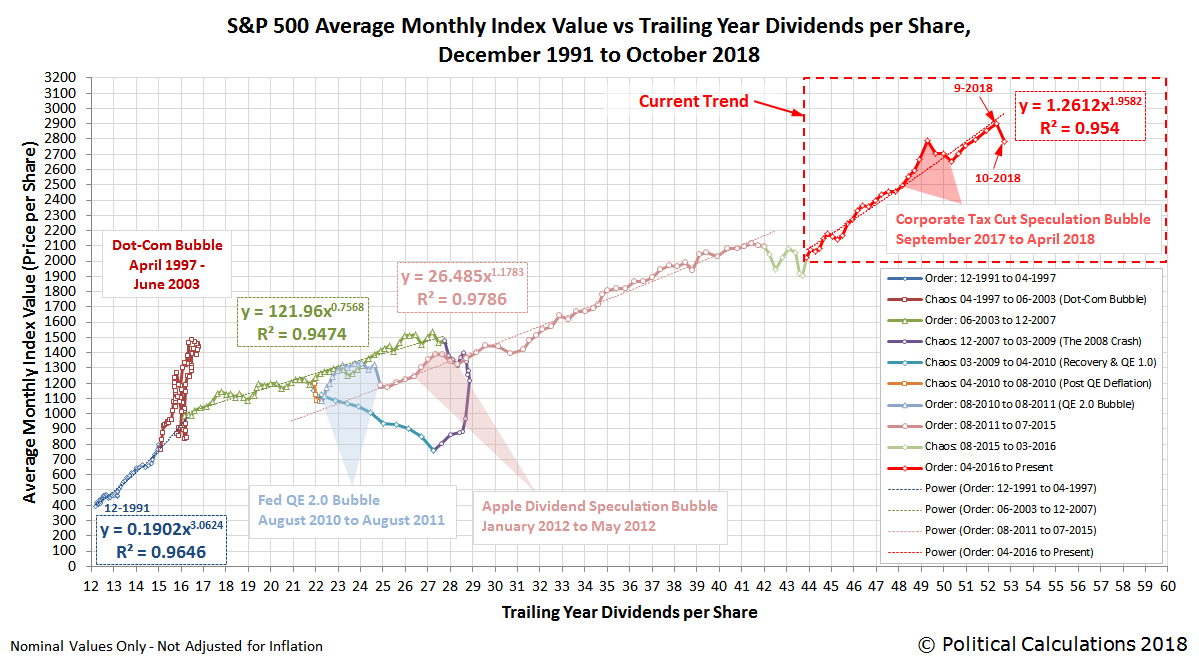 If you'd like to get the data for this second chart, it's taken directly from the historical data we provide through our S&P 500 At Your Fingertips tool, where we make all the monthly data from January 1871 through the present available at no charge!