For Black Friday 2018, we updated our tool that uses math to help thrifty shoppers set individual spending limits for each the gifts that they might give to the people they know this holiday season.

If you used the tool, you're very likely the kind of person who likes maths enough to use them to solve everyday problems. What's more, the odds are that you know somebody else who shares that mathematical affinity.

So why not give them the biggest ideas in math, the stories of breakthrough insights and the inspirations behind them, as assembled by the editors and staff of Quanta Magazine, in The Prime Number Conspiracy. Here's Quanta's understated promotional video for the book:

If that's not your friend's cup of tea, you might consider going in a different direction. If you ever wondered, as we did, if self-driving cars can solve traffic jams or if we know all the things they can or should be distracted by, or whether such a vehicle could be taken over by a hacker, we have another suggestion that seems very well suited for our ever-more artificially intelligent system modeled world: Hannah Fry's Hello World: Being Human in the Age of Algorithms, which explores the ethical dilemmas that come part and parcel with society's growing use of computer technologies. 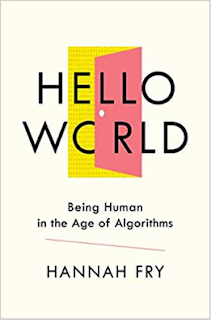 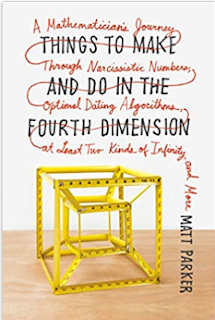 Finally, if you're looking for something lighter, why not a book by a mathematician who has also established themselves as a stand up comedian?

Matt Parker covers some of the territory contained within our other two suggestions, but takes things to the n+1 level in Things to Make and Do in the Fourth Dimension.

In it, he shares the lessons of advanced maths that makes it possible keep all the cords from your earbuds from getting tangled, or how to make a paper flexagons, and also the most mathematically optimal way to find a suitable mate, which would be an added selling point if they're still single.

At the very least, that math is a lot easier to solve than the formula for explaining why they're still single....