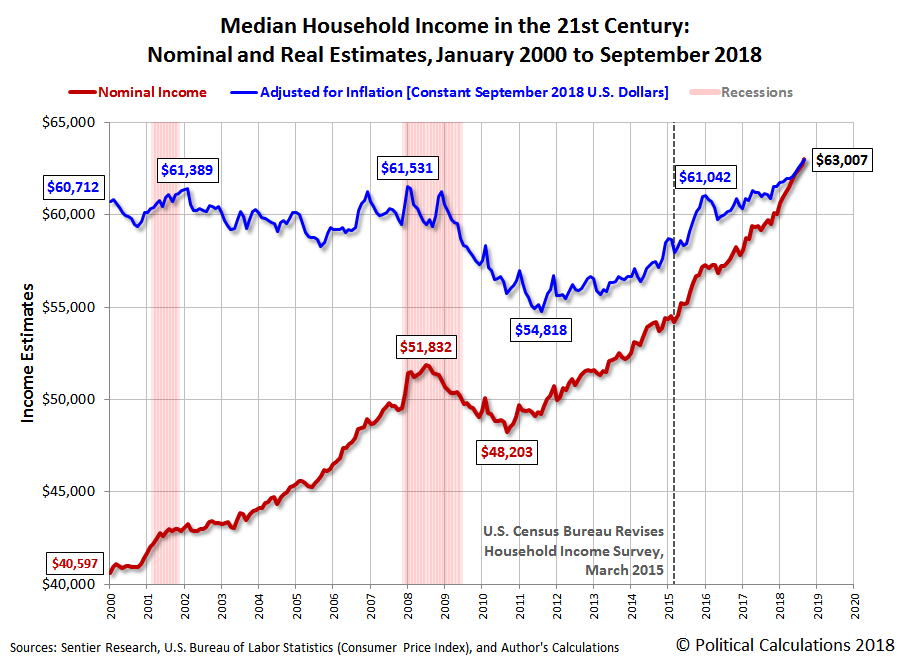 The rising trend for incomes in the U.S. is being confirmed by other data sources. The Department of Labor's employment cost index indicates that individual wages and salaries have increased by 3.1% on average in the year ending September 2018, which is the largest year-over-year increase for the last decade. Meanwhile, Sentier Research's median household income has increased by 5.5% over the same period.

Our alternative method for estimating median household income turned in a preliminary figure of $62,678 for September 2018, which is slightly more than 0.5% below Sentier Research's Current Population Survey-based estimate for the month. Our alternate estimate is up by 0.4% from the $62,417 preliminary figure that we previously reported for August 2018.

The BEA's monthly revision of its personal income data affected data from July and August 2018, neither of which were significant.