The relative affordability of new homes being sold in the United States has improved in recent months, where rising mortgage rates, falling new home sale prices, and rising incomes has combined to produce that outcome in the national level data.

The following chart shows the history of interest rates for 30-year conventional fixed rate mortgages in the U.S. from April 1971 through October 2018. 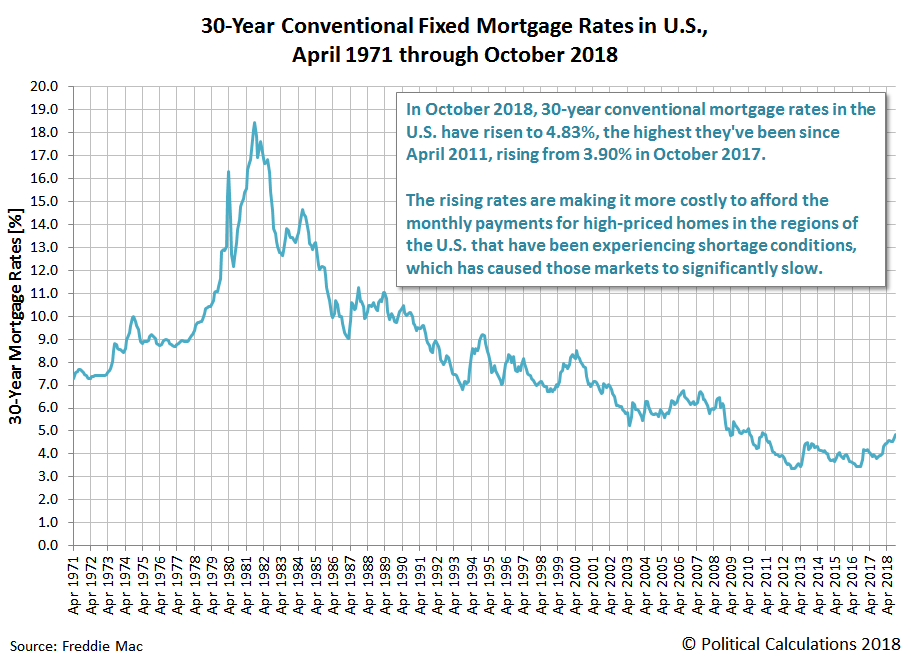 The rising rates are making it more costly to afford the monthly payments for high-priced homes in the regions of the U.S. that have been experiencing shortage conditions, which is causing those markets to significantly slow.

According to Tendayi Kapfidze, chief economist at LendingTree, the jump in rates will eventually mean lower demand — and lower home pricing as a result.

But it's not all good news. Rising rates also equal smaller homebuying budgets — which could put a damper on those lower prices. In fact, when comparing the average mortgage payment from 2017 with what today's average rates would allow for, Kapfidze says borrowers can afford to borrow about 10% less than just one year ago.

"As most buyers budget based on monthly payments, the median buyer is now able to bid significantly less than before," Kapfidze said. "This means at each price point, the number of buyers is falling, reducing demand. This has had immediate effects on the number of houses sold and will over time reduce the pace of home price increases."

We can see some of this dynamic playing out with the raw median new home sale prices reported each month by the U.S. Census Bureau. The following chart presents those prices for each month from January 2000 through October 2018, where the data from July through October 2018 will be subject to some revision during the next several months. 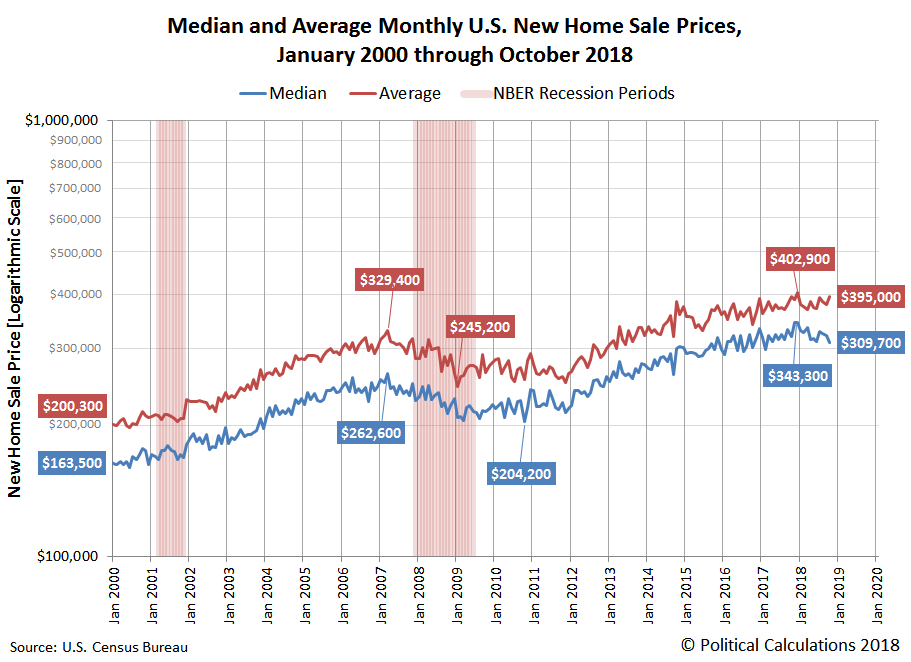 The median new home sales price data sees quite a bit of noise from month to month, which we can smooth out by calculating a rolling, trailing twelve month average for the series. The following chart does that for the U.S.' monthly median new home sales prices in the period from December 2000 through October 2018, showing its relationship with the U.S.' monthly median household income estimates, where we've likewise calculated the rolling trailing twelve month average. Here, we see that U.S. median new home sale prices have mostly been flat from April 2018 through August 2018, but also that they have been declining in the months since, even as the U.S.' median household income has continued increasing. That combination means that the relative affordability of the median new home being sold in the U.S. has been improving, which we can confirm with the following chart showing the ratio of the trailing twelve month averages of median new home sale prices and median household income. 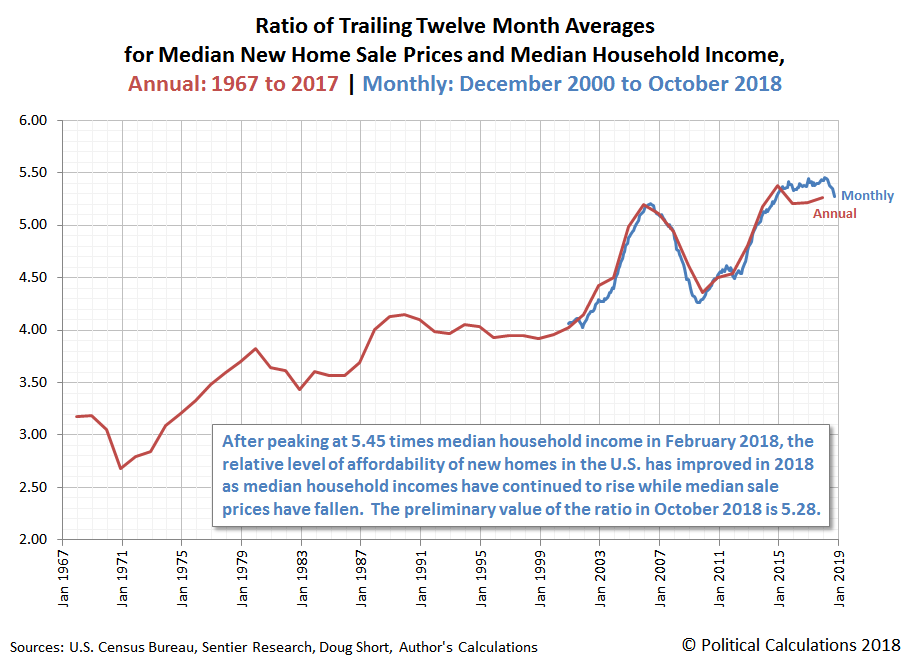 Though they have become more affordable during 2018, they're still very expensive, where we would have to go back to October 2014 to find the affordability ratio at a similar level, where many real estate markets within the United States are still experiencing what may be considered to be shortage conditions, even as the market for new homes in the U.S. has decelerated.