Since peaking in February 2018, the relative affordability of new homes being sold in the United States has continued to improve through November 2018, the last month for which the data is available, where rising mortgage rates, falling new home sale prices, and rising incomes has combined to produce that outcome in the national level data.

The following chart shows the history of interest rates for 30-year conventional fixed rate mortgages in the U.S. from April 1971 through November 2018. 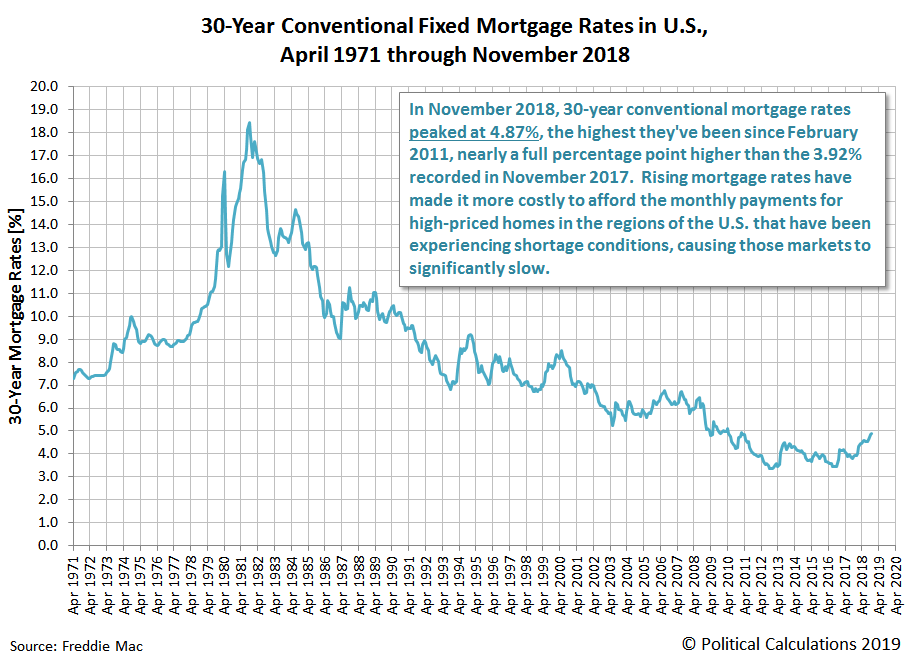 In November 2018, 30-year conventional mortgage rates peaked at 4.87%, the highest they've been since February 2011, nearly a full percentage point higher than the 3.92% recorded in November 2017. Mortgage rates began falling in December 2018, pacing the decline in the yields of the 10-Year U.S. Treasury that began in mid-November as global economic growth began visibly deteriorating.

Although U.S. economic growth has been stronger than the global economy, rising mortgage rates have made it more costly to afford the monthly payments for high-priced homes in the regions of the U.S. that have been experiencing shortage conditions, particularly in the western region states of California, Oregon, and Washington, causing those markets to sharply slow, sending both sale prices and the number of sales lower.

Smoothing the month-to-month volatility in median new home sale prices out by calculating their trailing twelve month moving average, we find the initial estimate for November 2018 marks a downward turn in what had been a relatively flat trend since April 2018. At the same time, median household incomes in the U.S. have continued to rise. In the following chart, we've shown the trajectory of the trailing year averages of median new home sale prices against median household incomes from December 2000 through November 2018. 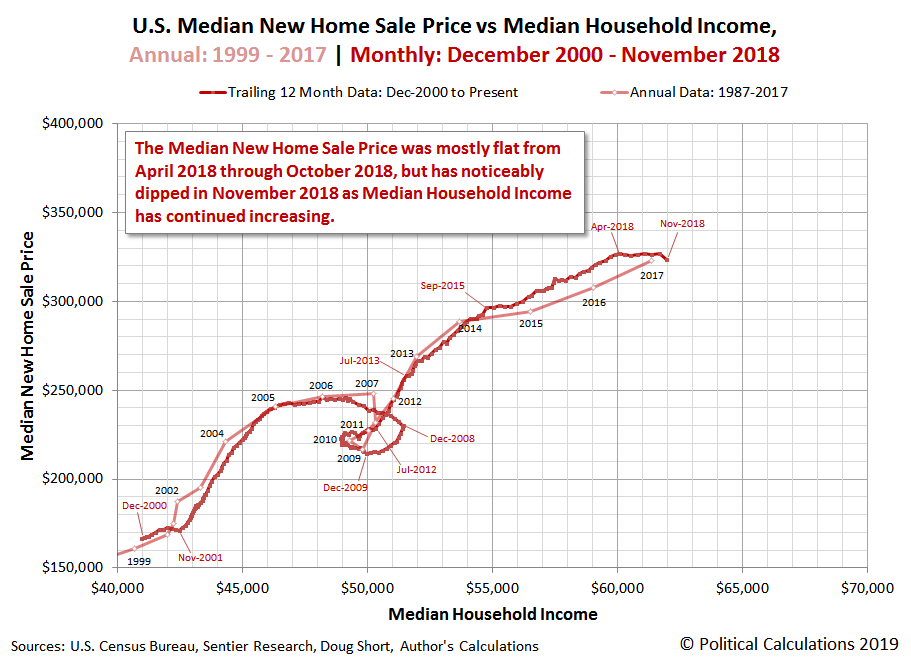 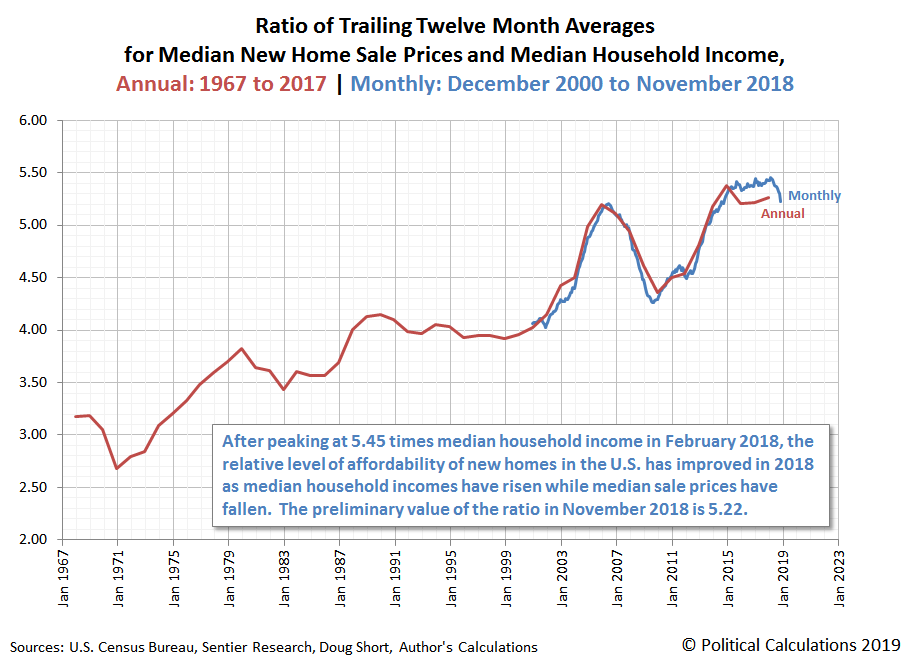 After peaking at 5.45 times median household income in February 2018, the ratio of median new home sale prices to median household income has fallen to a preliminary value of 5.22 in November 2018. Although this figure is still historically elevated, it does mark an improvement in the relative affordability of new homes sold in the U.S. to levels last seen in late 2014.

This trend can be considered to be the silver lining in an otherwise cloudy environment for the new home market in the United States. We'll take a closer look at what falling prices means for the real estate industry later this week.