Sentier Research reports that median household income in the United States dropped to $63,378 in February 2019, a decline of 0.5% increase when compared to the analytical firm's initial estimate of $63,688 for January 2019. As such, February 2019 saw the largest month-over-month decline in this data series since December 2016.

The following chart shows the nominal (red) and inflation-adjusted (blue) trends for median household income in the United States from January 2000 through November 2018. The inflation-adjusted figures are presented in terms of constant February 2019 U.S. dollars. 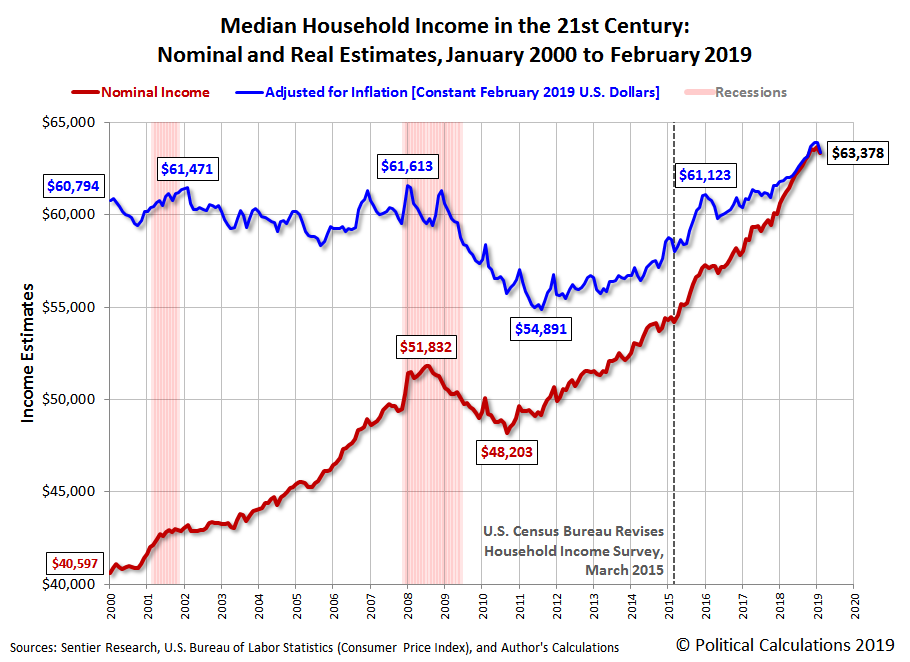 While the overall trend for year-over-year U.S. median household income growth since December 2016 remains positive, the rate at which it is growing has begun to decelerate rapidly since peaking in October 2018, which can be seen in the following chart: 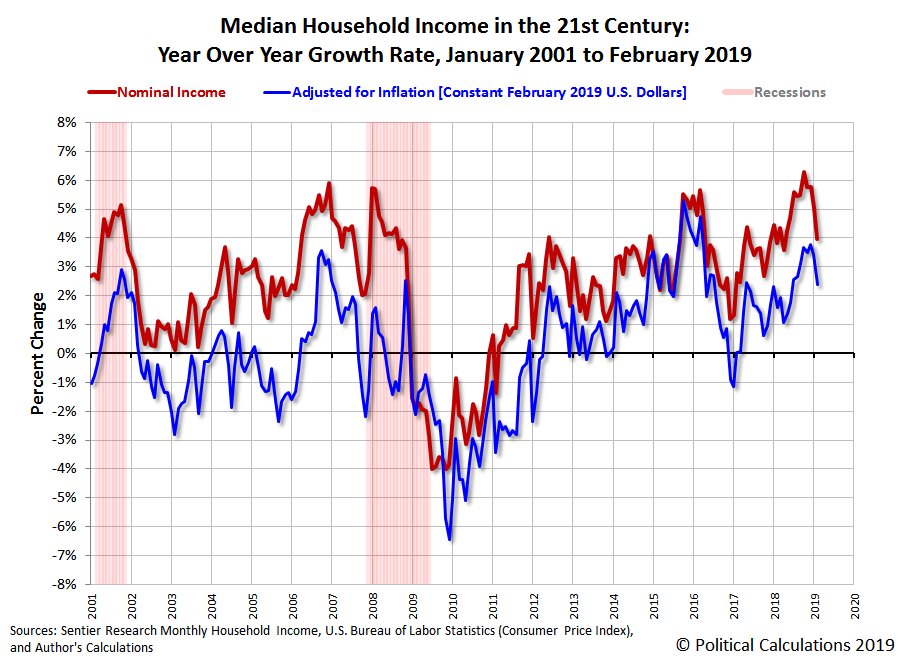 Following our analysis last month, it appears the U.S. economy's exposure to well established adverse headwinds from the global economy and the fallout from the Fed's rate hikes of 2018 may indeed be starting to come home to roost in ways that directly affect typical American households.

The U.S. Bureau of Economic Analysis will release the data we will use to develop an estimate of median household income for February 2019 using our alternate methodology on Friday, 29 March 2019, where it will be interesting to see if it captures the same downdraft that Sentier Research's analysis of the U.S. Census Bureau's Current Population Survey monthly data has. We'll compare those results next week, but through January 2019, it shows a rising trend in the nominal data.