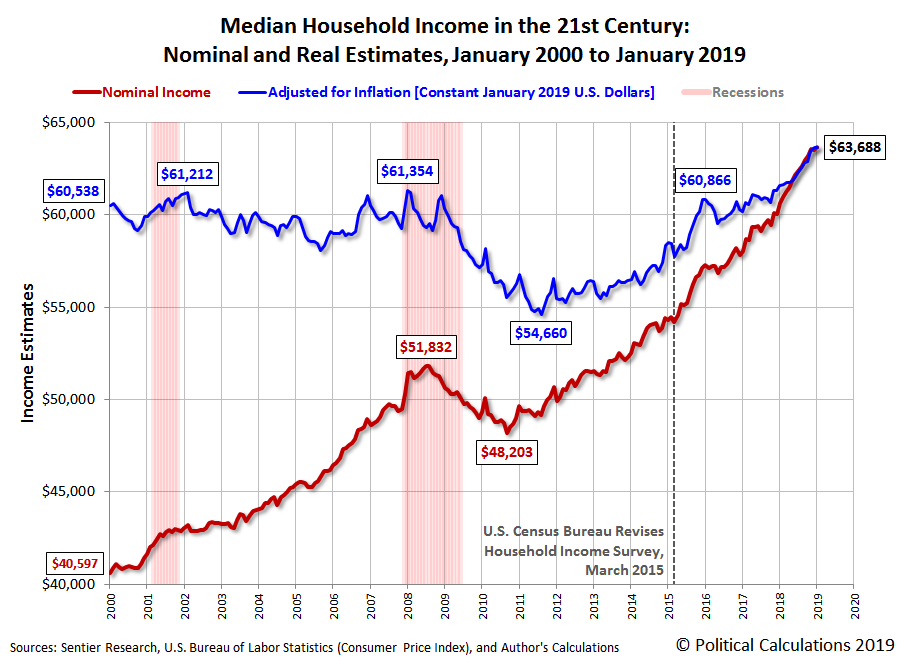 While the overall trend since December 2016 remains positive for U.S. median household income growth, the rate at which it is growing appears to be starting to slow, which can be seen in the following chart showing the year-over-year growth rate: 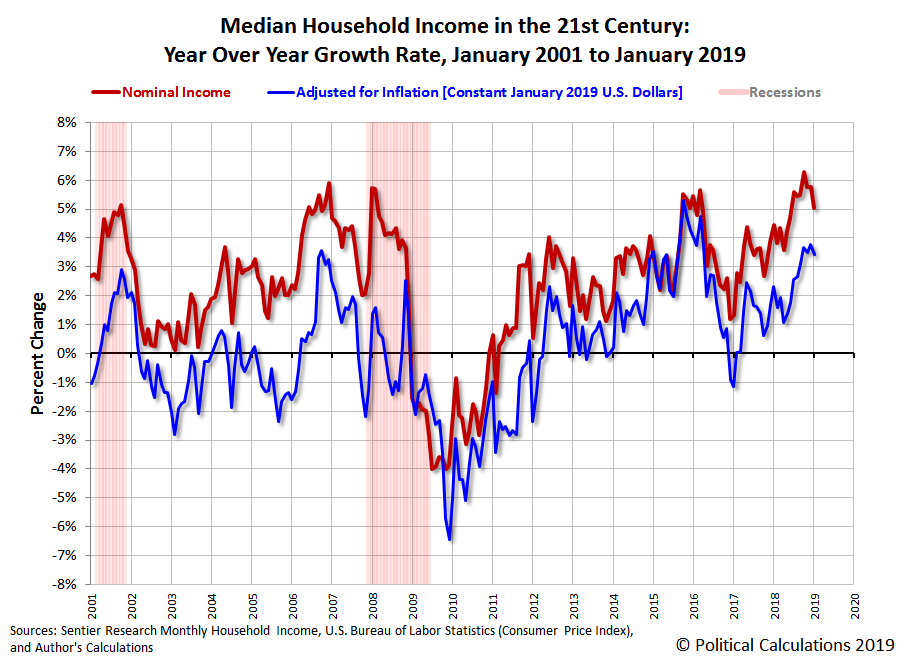 Historically speaking, the nominal growth rate is still well elevated near its recent record high, but it's something to watch as the U.S. economy's exposure to well established adverse headwinds from the global economy increases and the chickens come home to roost from the Fed's rate hikes of 2018.

The partial government shutdown earlier in the year has impacted our ability to develop an estimate of median household income using our alternate methodology, where the data we use won't be available until 1 March 2019, assuming the U.S. Bureau of Economic Analysis doesn't change that target date again.