Published last week, data for February 2019 saw the combined direct trade loss between the U.S. and China expand to $5.2 billion, as the trailing twelve month average of the value of trade between the two nations has shrunk as a result of the tariff war that began on 22 March 2018. 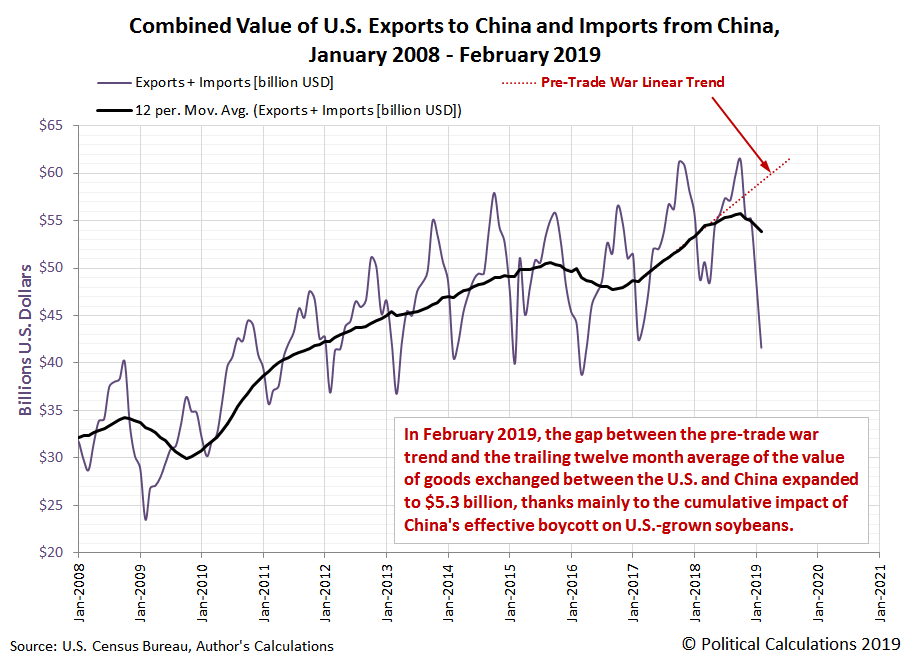 Since the growth of trade between the U.S. and China over time tends to grow at a steady pace outside periods of economic recessions (such as in 2008-2009) or slowdowns (such as 2015-2016), that gap is what we measure when we compare the counterfactual of the trade growth that would likely have occurred between the two nations if the linear trend that existed before March 2018 continued without interruption with how the combined value of both nations' exports and imports to each other has evolved since the U.S.-China trade war began. For February 2019, that means the combined value of goods directly traded between the U.S. and China is nearly 9% less than would be the case if the two nations had avoided entering into their tariff war.

For the 12 month period from March 2018 through February 2019, that expanding gap represents an estimated cumulative reduction of $20.6 billion worth of direct annual trade between the U.S. and China.

The year-over-year growth rate of U.S. imports from China has dropped into negative territory in recent months, which in the absence of the trade war, would indicate a deterioration in the relative health of the U.S. economy. A similar pattern for the year-over-year growth rate of U.S. exports to China has existed since late 2017, coinciding with the Chinese economy's decline in relative health over that time. 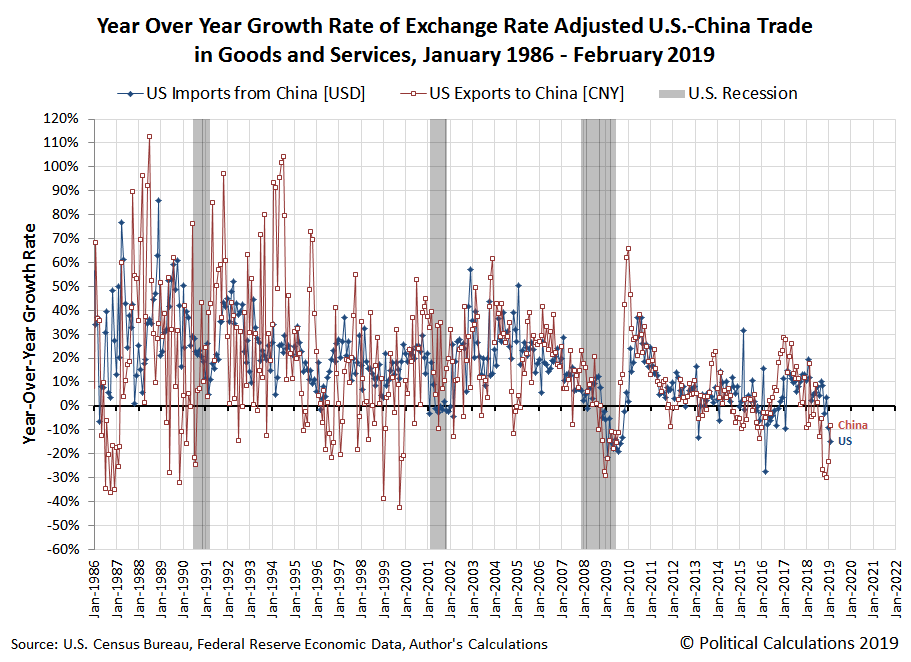 The impact of the tariff war between the U.S. and China has been to amplify these negative indications in the year-over-year growth rate measure.