The earnings outlook for the S&P 500 through the end of 2019 has continued to deteriorate since our previous edition, where the projected trailing year earnings per share for the index in December 2019 has fallen to $150.96 per share from the $154.67 forecast three months earlier. 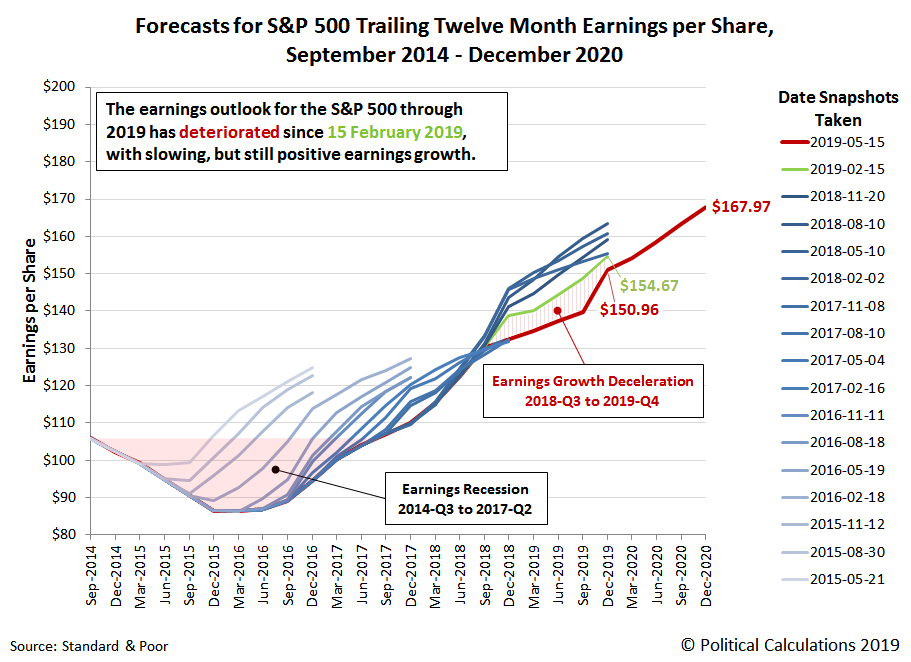 The last three months have seen the biggest downdraft in the projected growth of the S&P 500's earnings per share since the earnings recession of 2015-Q3 through 2017-Q2, which we've illustrated with the vertical light-red hashed lines where projected earnings in 2019 have fallen since our last update.

Given the deterioration in projected earnings per share in the nearer term, the current projection for trailing year earnings in 2019-Q4 looks conspicuously optimistic, where we would anticipate it will be revised significantly downward to be closer in line with the trend leading up to it by the end of the year.

As for what factors are eroding those projected future earnings, Lance Roberts has been drawing from the same data sources as we do to recap some very interesting analysis and forecasting:

Let me review what we said previously about the impact of a trade war on the markets.

“While many have believed a ‘trade war’ will be resolved without consequence, there are two very important points that most of mainstream analysis is overlooking. For investors, a trade war would likely negatively impact earnings and profitability while slowing economic growth through higher costs.”

While the markets have indeed been more bullishly biased since the beginning of the year, which was mostly based on “hopes” of a “trade resolution,” we have couched our short-term optimism with an ongoing view of the “risks” which remain. An escalation of a “trade war” is one of those risks, the other is a policy error by the Federal Reserve which could be caused by the acceleration a “trade war.”

“Wall Street is ignoring the impact of tariffs on the companies which comprise the stock market. Between May 1st and June 1st of this year, the estimated reported earnings for the S&P 500 have already started to be revised lower (so we can play the “beat the estimate game”). For the end of 2019, forward reported estimates have declined by roughly $6.00 per share.” 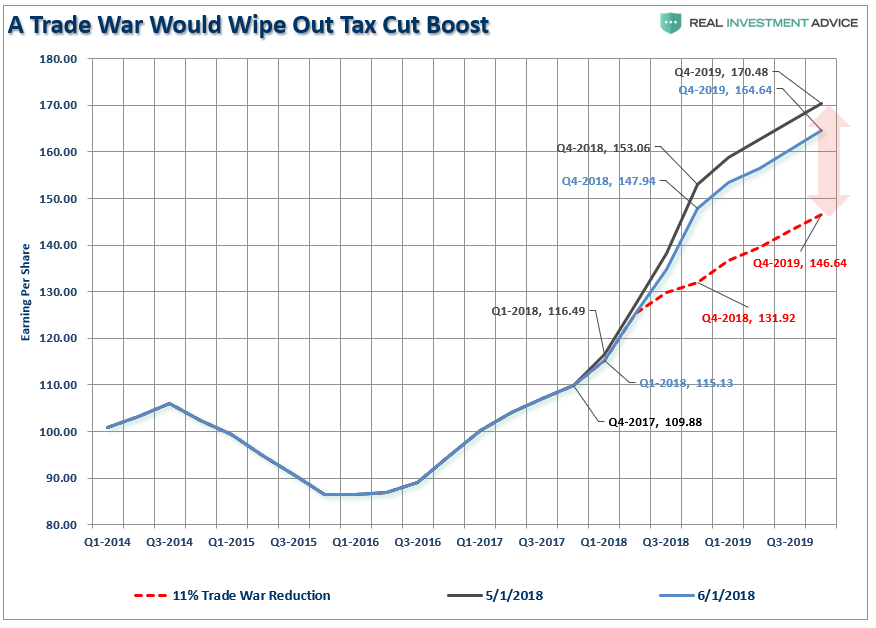 The red dashed line denoted the expected 11% reduction to those estimates due to a “trade war.”

“As a result of escalating trade war concerns, the impact in the worst-case scenario of an all-out trade war for US companies across sectors and US trading partners will be greater than anticipated. In a nutshell, an across-the-board tariff of 10% on all US imports and exports would lower 2018 EPS for S&P 500 companies by ~11% and, thus, completely offset the positive fiscal stimulus from tax reform.”

Fast forward to the end of Q1-2019 earnings and we find that we were actually a bit optimistic on where things turned out. 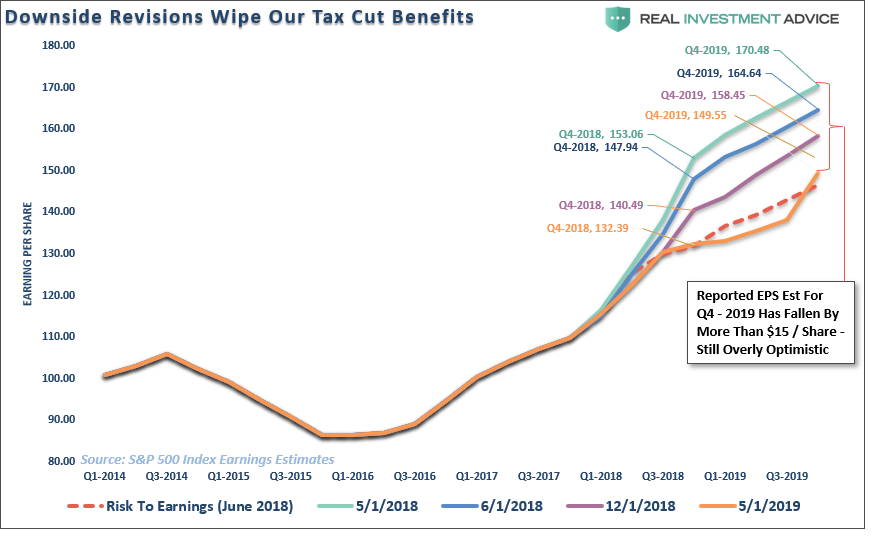 The problem is the 2020 estimates are currently still extremely elevated. As the impact of these new tariffs settle in, corporate earnings will be reduced. The chart below plots our initial expectations of earnings through 2020. Given that a 10% tariff took 11% off earnings expectations, it is quite likely with a 25% tariff we are once again too optimistic on our outlook. 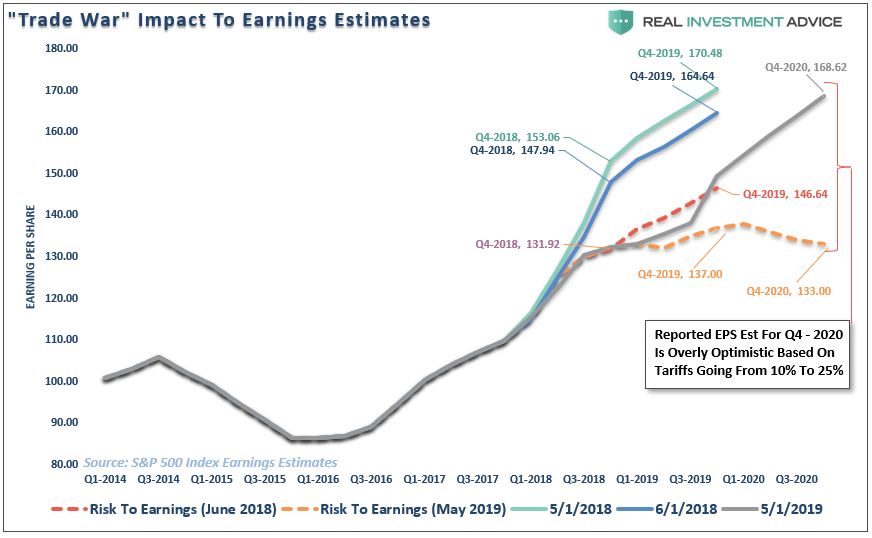 Over the next couple of months, we will be able to refine our view further, but the important point is that since roughly 50% of corporate profits are a function of exports, Trump has just picked a fight he most likely can’t win.

A more cynical interpretation of the politics involved is that the tax cuts bought the U.S. economy and stock market the space needed to accommodate the bipartisan-supported trade war, which is now being spent down.