The combined value of goods and services traded between the U.S. and China continued to shrink in April 2019, with the cumulative gap between the projection of how much that trade would be worth today if not for the tariff war and where it actually is today now having increased by $1 billion over the past month to $7.4 billion. 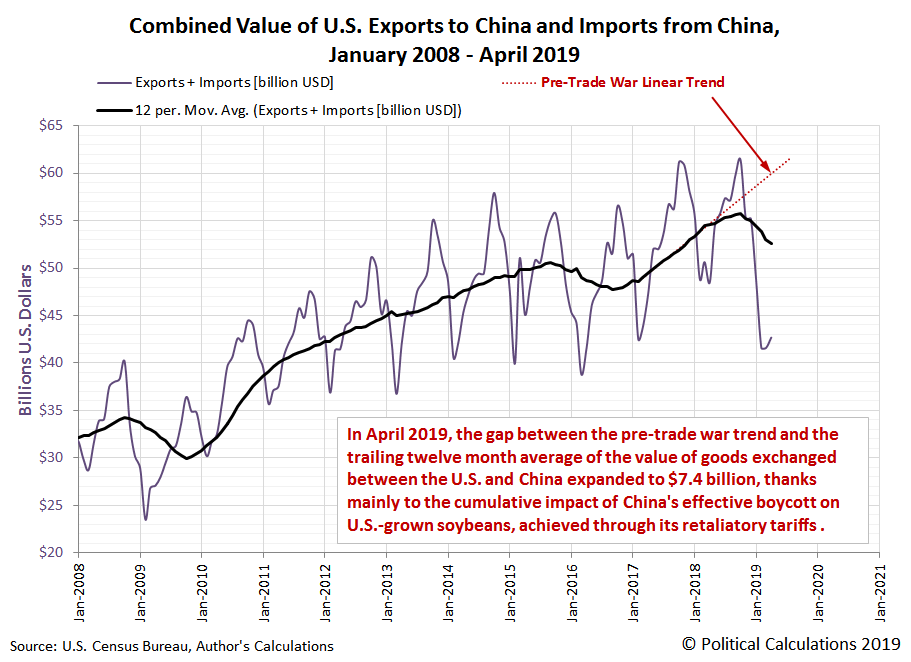 The decline in the level of trade between the two nations is really only comparable to previous periods when one or both nations experienced declining rates of economic growth. The following chart shows how the chart above fits into the longer term trend for the full data series since it began being tracked in January 1985. 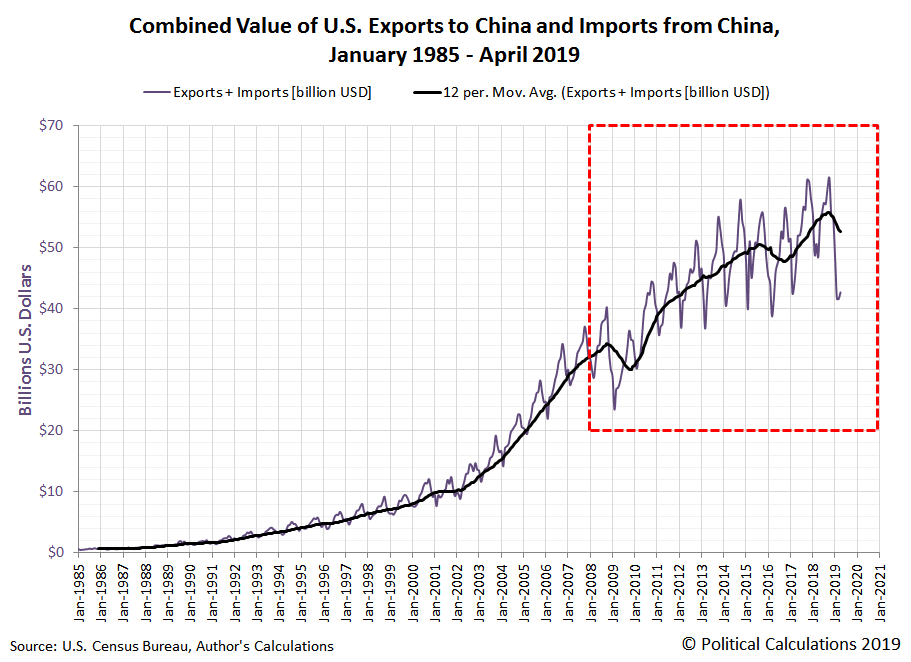 In the following two charts, we've broken out the underlying data that we used to produce these first two charts. First, showing the value of U.S. imports from China from January 1985 through April 2019, where we find that the of April 2019's has dropped to levels last seen in early 2016: 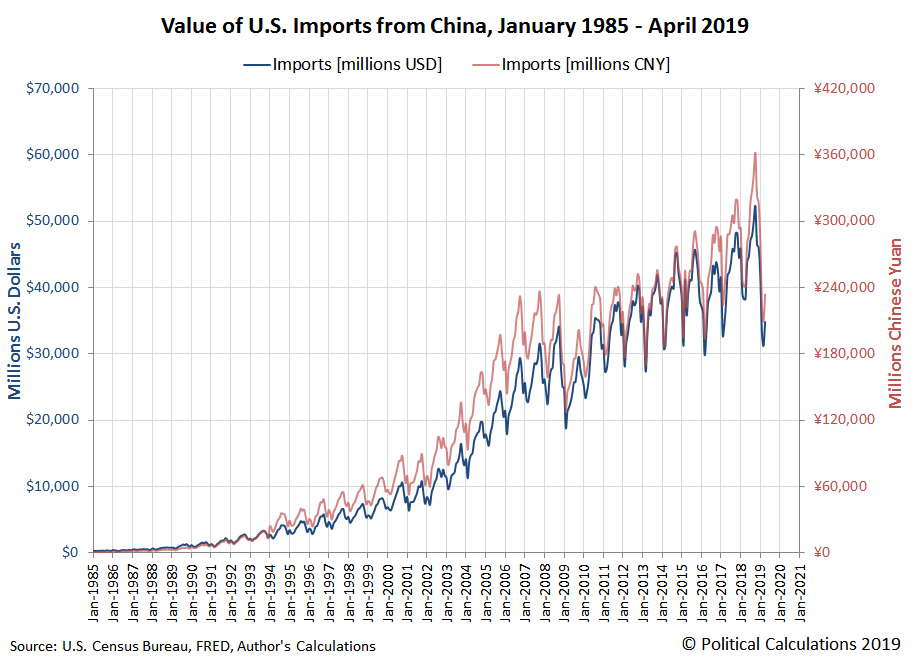 The next chart shows the value of U.S. exports to China over the same period, which has declined to levels last seen during 2010 and early 2011. Please note that the range of the vertical scale of this next chart is very different from the previous charts. 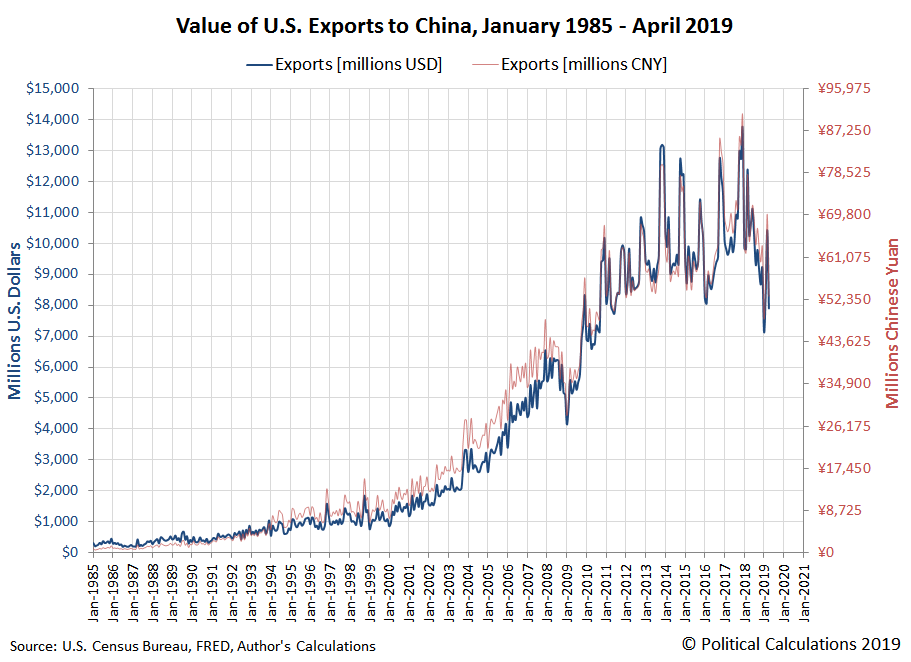 In our final chart, we've calculated the year-over-year exchange rate adjusted growth rate of U.S. exports to China and of China's exports to the U.S. We find that both are negative, with the U.S. growth rate of its direct imports from China being less negative than China's. 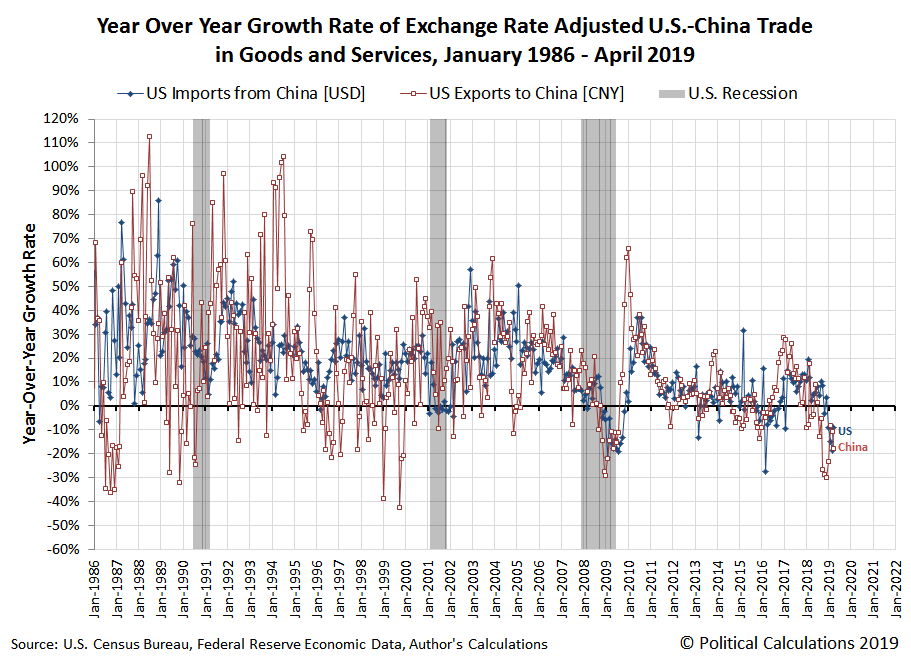