New home prices rebounded in August 2019 according to the latest report from the U.S. Census Bureau on new residential sales. 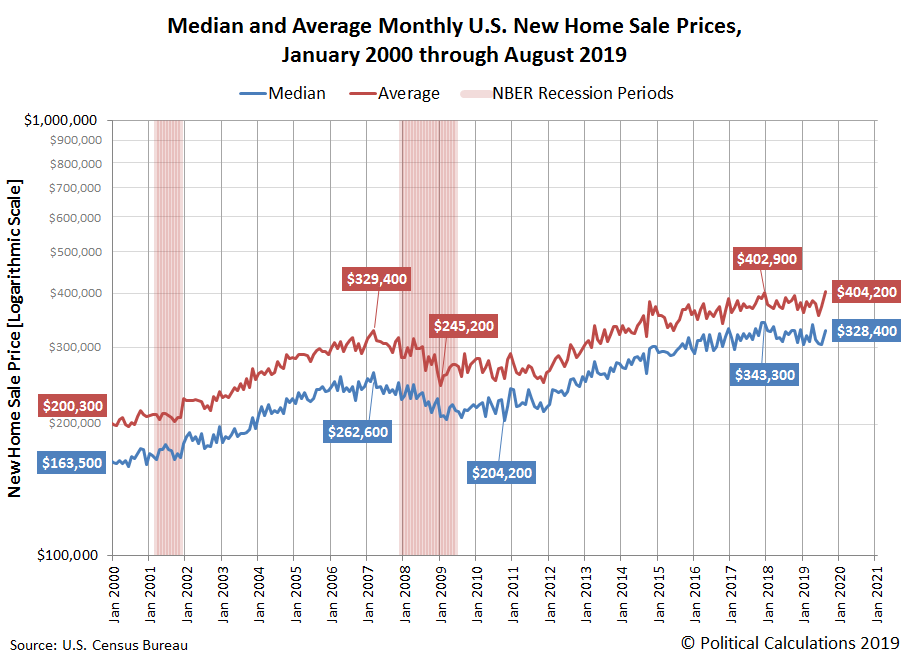 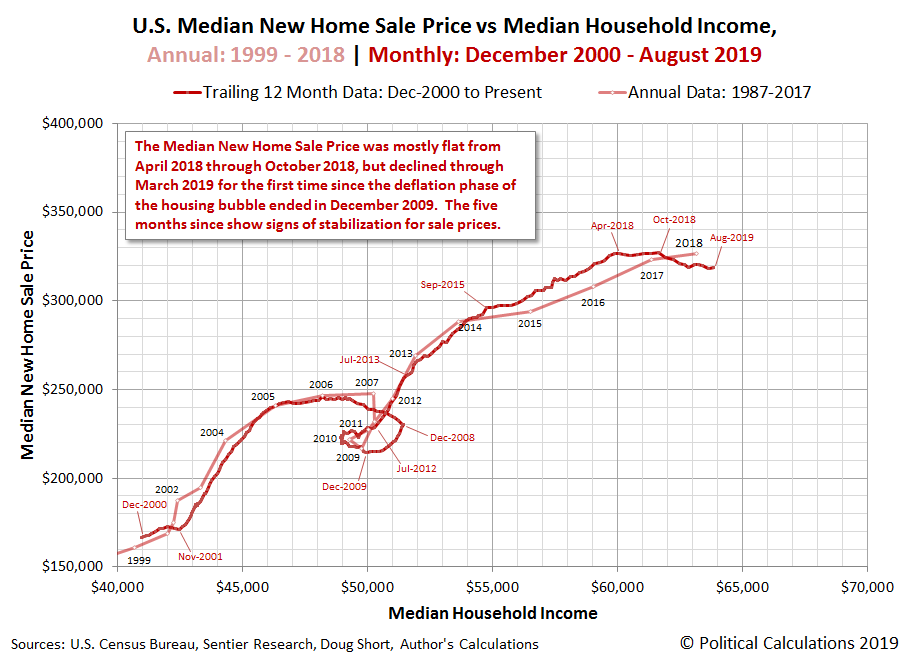 Even though new home sale prices have begun to rebound, the continued growth of median household income means that the typical new home sold in the U.S. has been becoming relatively more affordable for the typical American household. 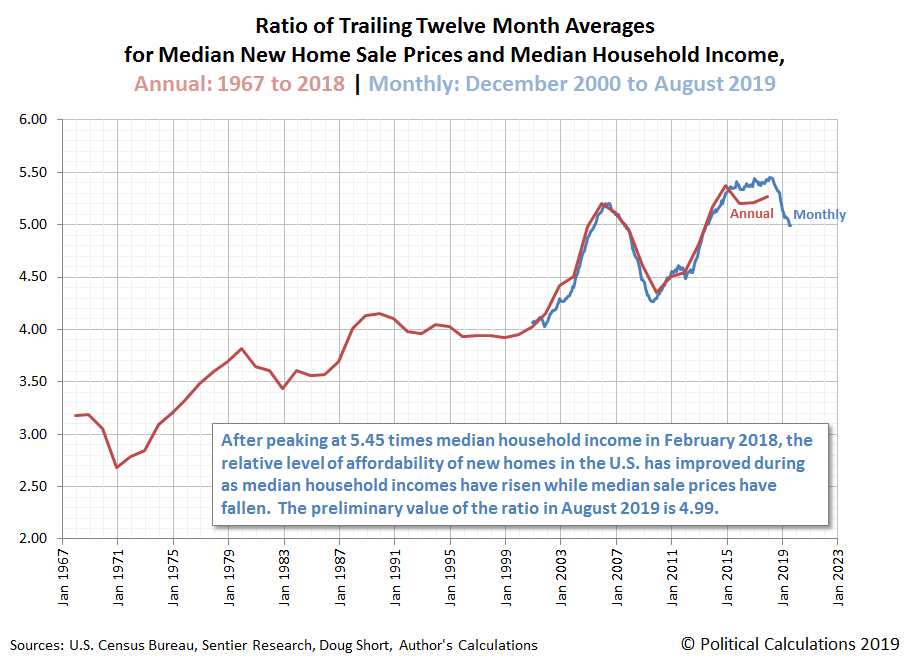 Elsewhere, Bill McBride believes 2019 may become the best year for new home sales in the U.S. since 2007. We'll update our analysis of the market cap for the new home sales market sometime in upcoming weeks to see if he's right!