Following up our analysis of the market for existing homes in the U.S., preliminary and revised data suggests that falling mortgage rates have coincided with a reversal in the late-2018, early-2019 decline in new home sales.

The following chart tracking the trailing twelve month average of the market capitalization of new home sales in the United States shows that rebound taking hold April and May 2019. 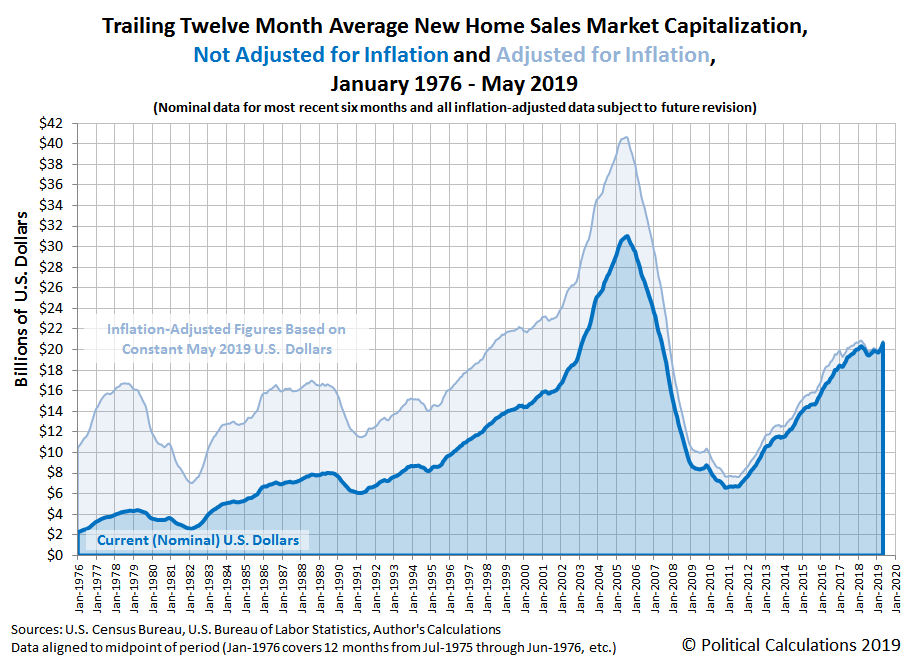 Market capitalization is the product of average new home sale prices and their number of sales. Looking next at the year-over-year growth rates for the trailing year average new home sales market cap in the next chart, we find that the latest data suggests the new home market has begun to rebound back into positive growth territory, while slightly older data has been revised upward to not be quite as negative as initial data previously indicated. 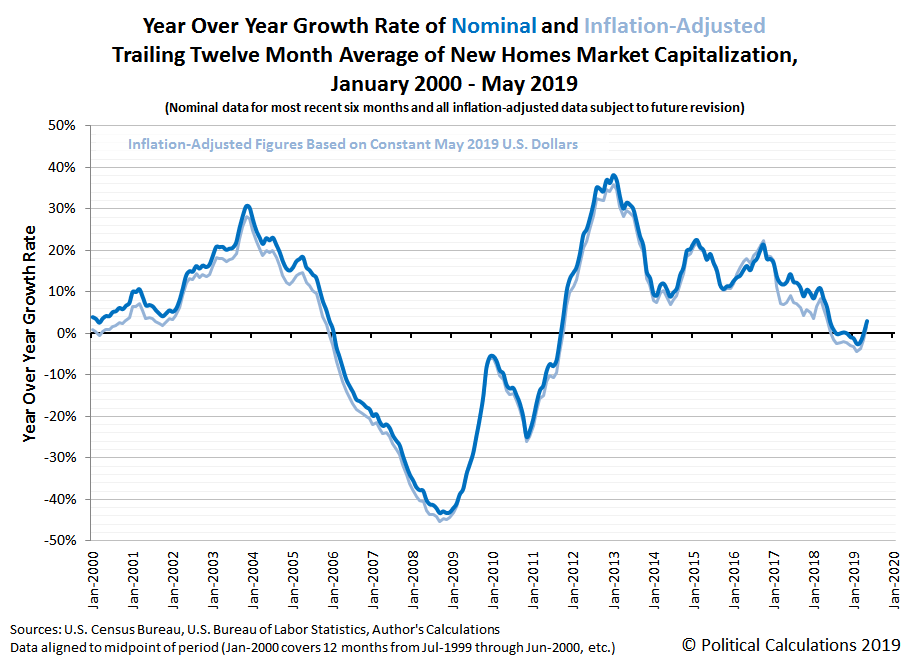 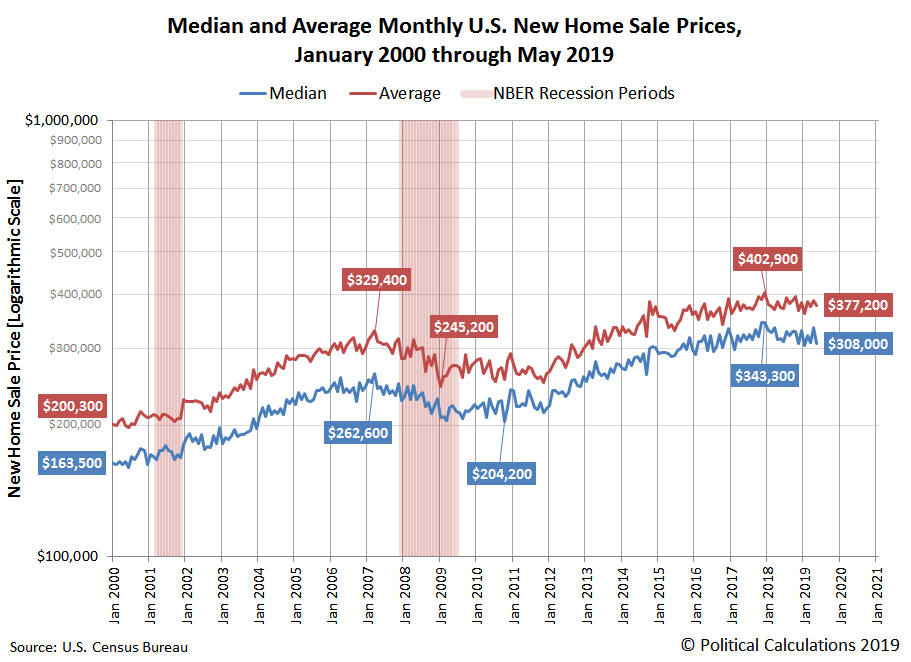 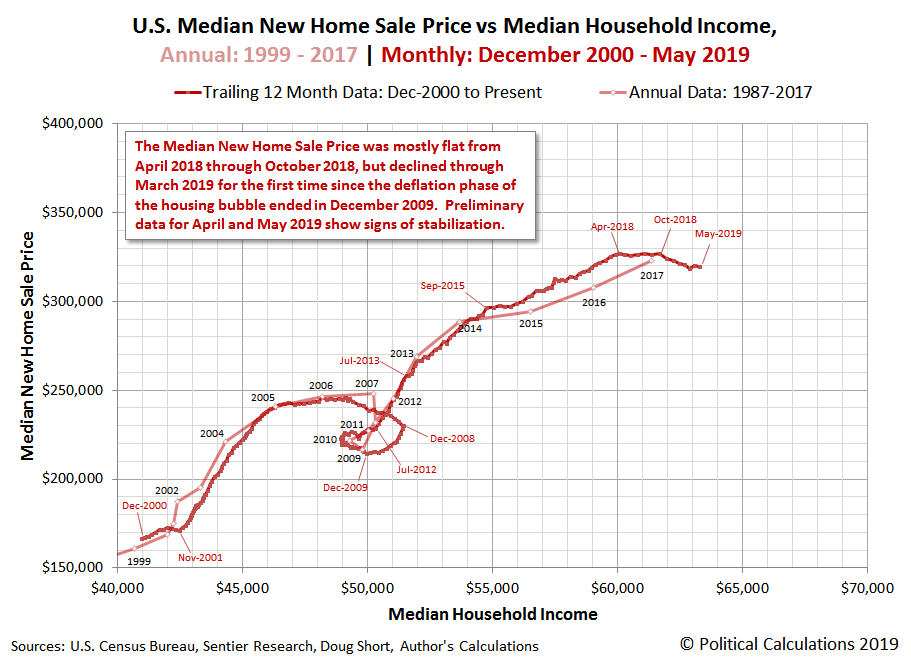 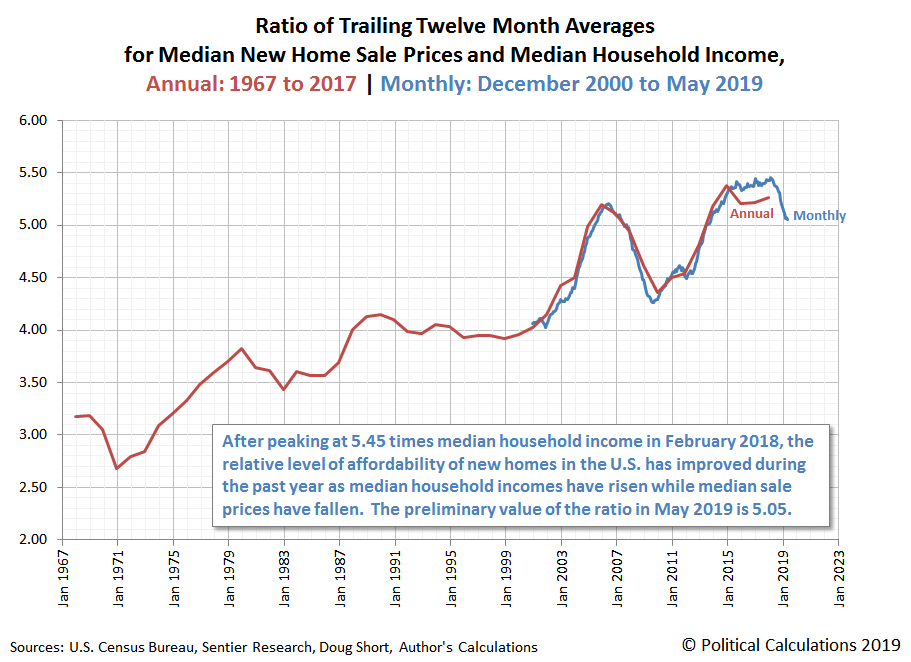