Since peaking in late November 2018, mortgage rates in the United States have fallen sharply, dropping by more than a percentage point from a peak of an average of 4.87% to 3.83% in June 2019.

For existing home sales, the falling interest rates have roughly coincided with a rebound in the U.S. real estate market. The following chart shows the estimated aggregate transaction values for existing home sales in the U.S. (for 41 states and the District of Columbia) from January 2016 through April 2019, which represents the most recent data available from Zillow's databases covering state level residential real estate transactions. 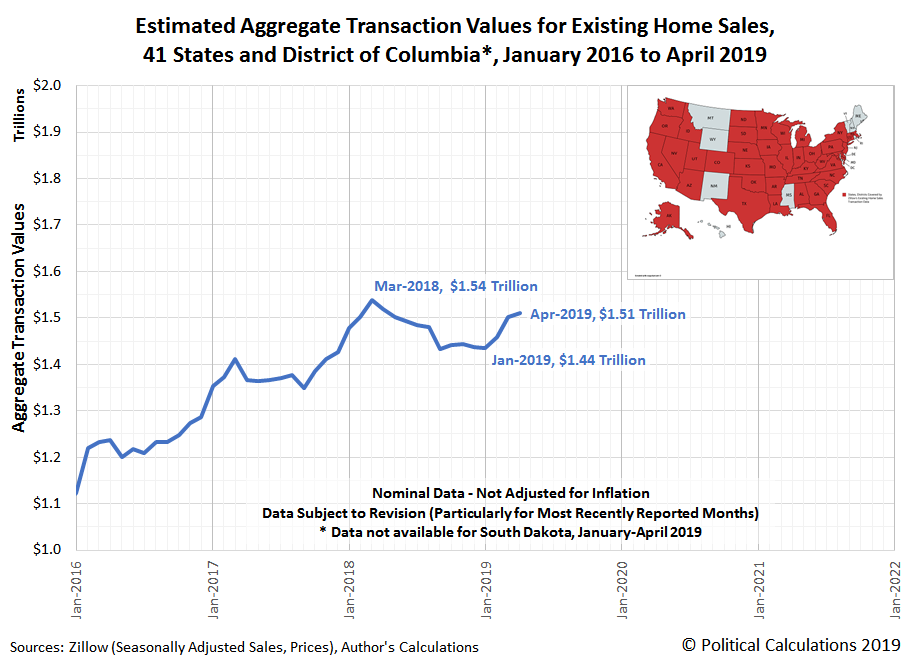 Breaking these national aggregate sales totals down by U.S. Census region, we find the strongest rebounds have been taking place in the West and in the Northeast in the period since mortgage rates began dropping. 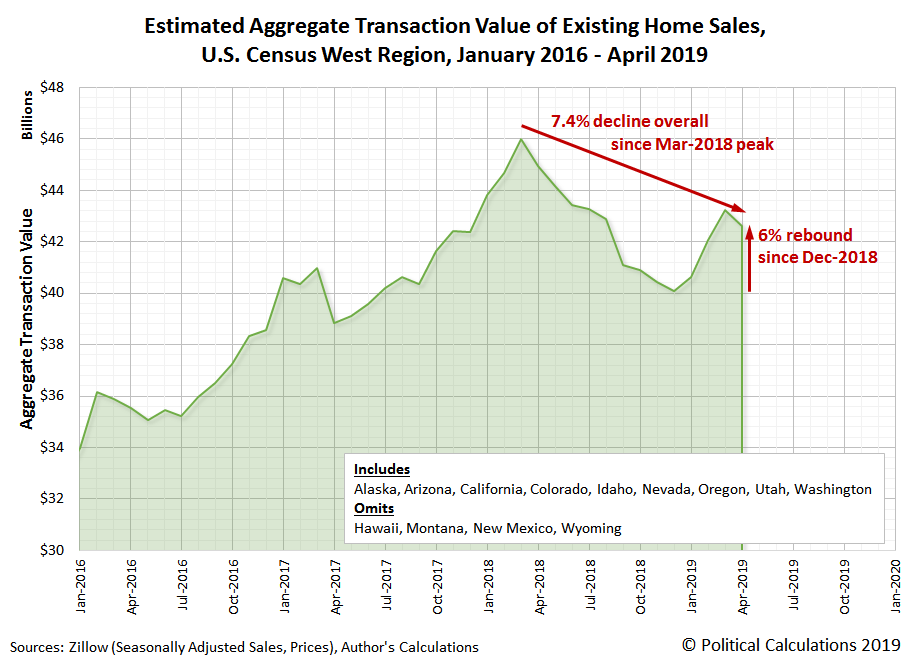 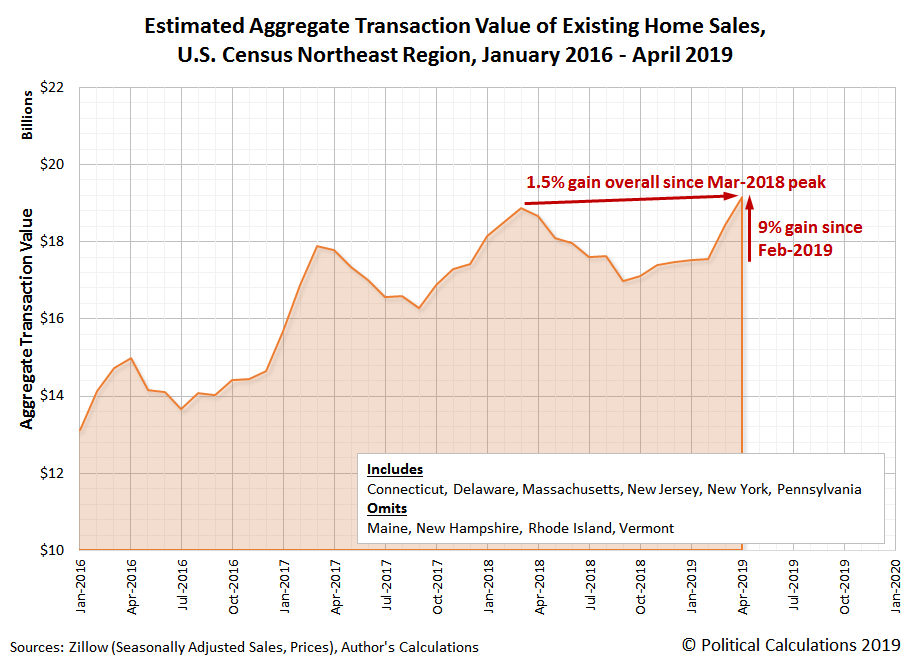 Meanwhile, the U.S. South and Midwest regions have seen flat to small gains in the total valuation of existing home sales within them. 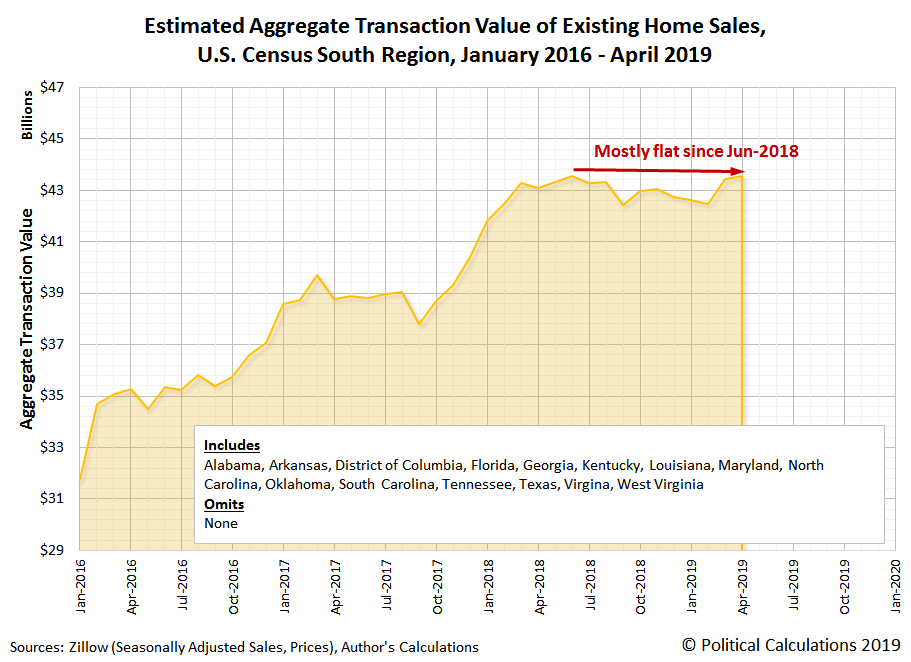 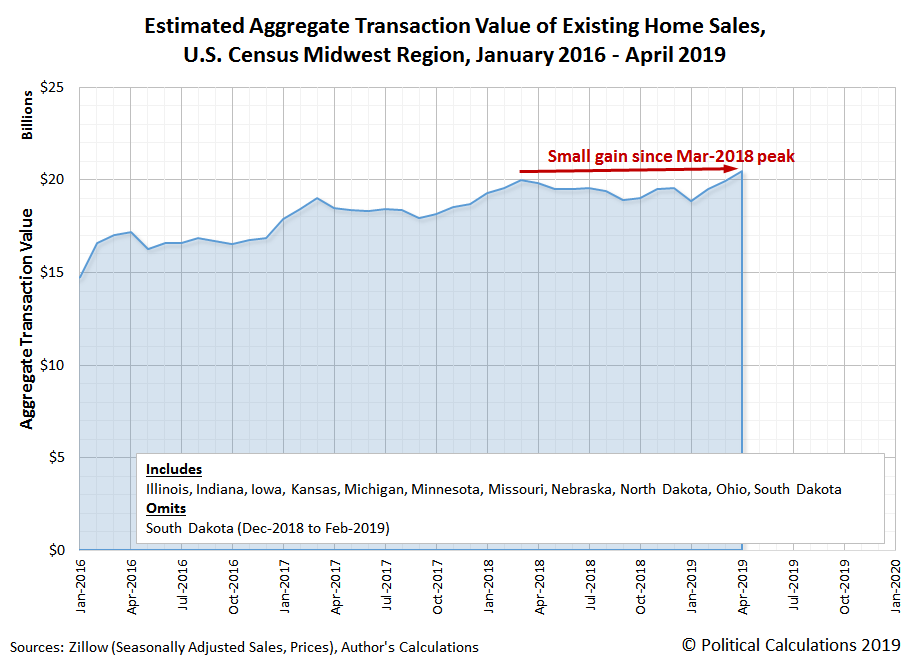 We'll take a tour through individual states in the U.S. Census' South region in upcoming weeks, focusing on the states where the oil and gas industry accounts for a significant share of the state economies.