How much, and on what, does the average American household spend in a year?

The Consumer Expenditure Survey (CEX) for 2018 provides the latest answer to that question, where we now have 35 years worth of annual data to see how consumer spending has changed over time. Produced as a joint product of the U.S. Bureau of Labor Statistics and the U.S. Census Bureau, the CEX compiles the information collected through tens of thousands of surveys, diaries and interviews with by U.S. households, or "consumer units" as the BLS' data jocks affectionately calls them, which provides a tremendous amount of insight into how Americans allocate their limited resources. Which in 2018, meant spending an average of $61,224 for an estimated 131,439,000 household/consumer units.

We've visualized the major categories of consumer spending by the American households surveyed each year from 1984 through 2018. In our first chart below, we've presented the average amount spent for housing, transportation, food, financial products, health care, clothing, entertainment, charitable contributions, and education. 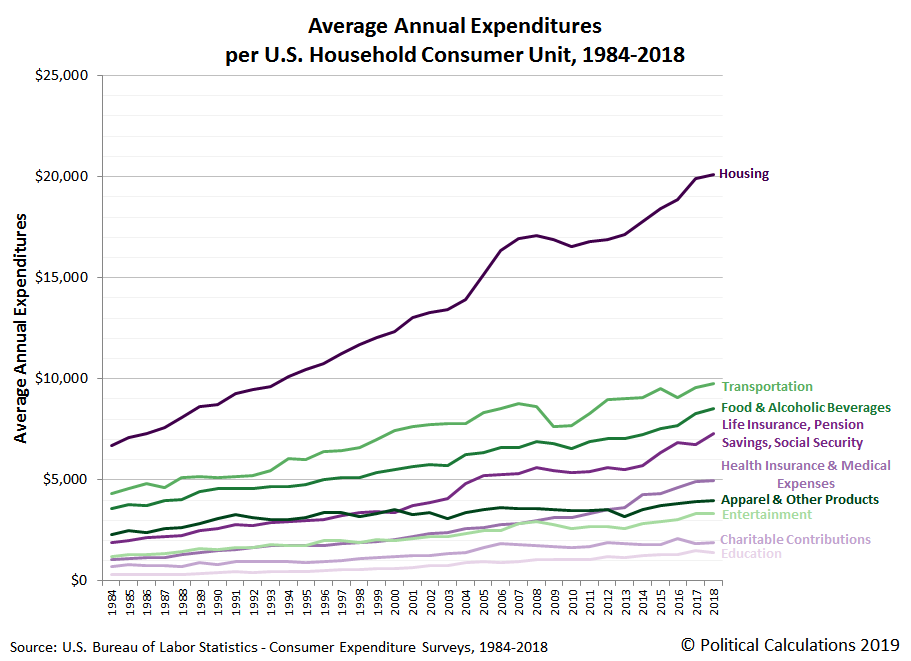 The next chart illustrates the same major expenditure categories as a percent of the average annual expenditures of a U.S. household/consumer unit: 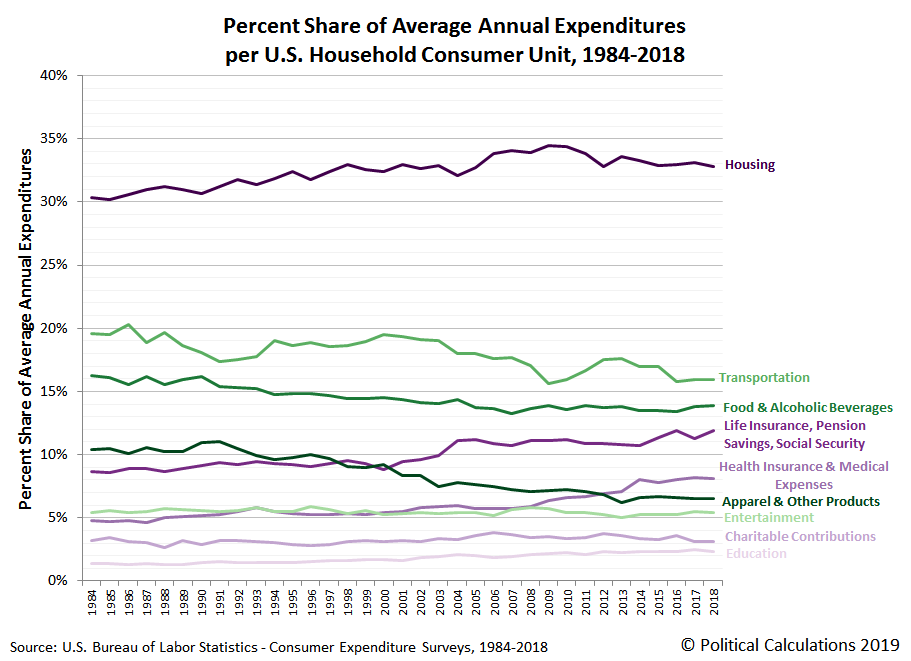 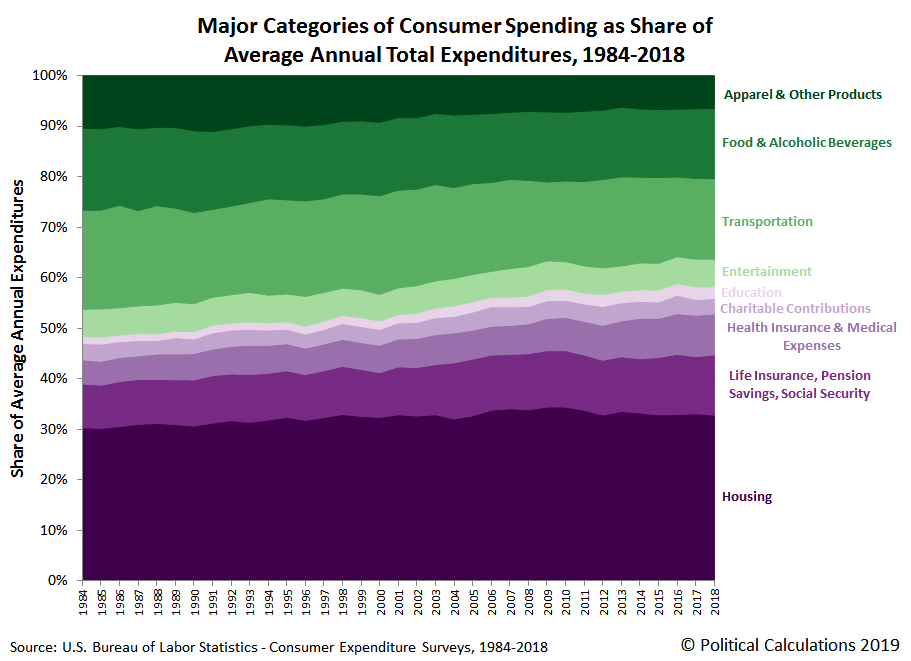 And here's the list of major categories of consumer expenditures whose share has declined over the 34 years for which the data is available:

In upcoming days, we'll dig deeper into the latest data for consumer expenditures to explore changes that stand out over time. Stay tuned!