The carnage from the U.S-China tariff war continued through September 2019, where trade data for the month just released by the U.S. Census Bureau indicates year-over-year declines from September 2018's tariff war-reduced figures.

The following chart captures that observation as measured by the year-over-year growth rate of the exchange-rate adjusted value of trade between the U.S. and China, where both China and the U.S. fall well within negative growth territory. 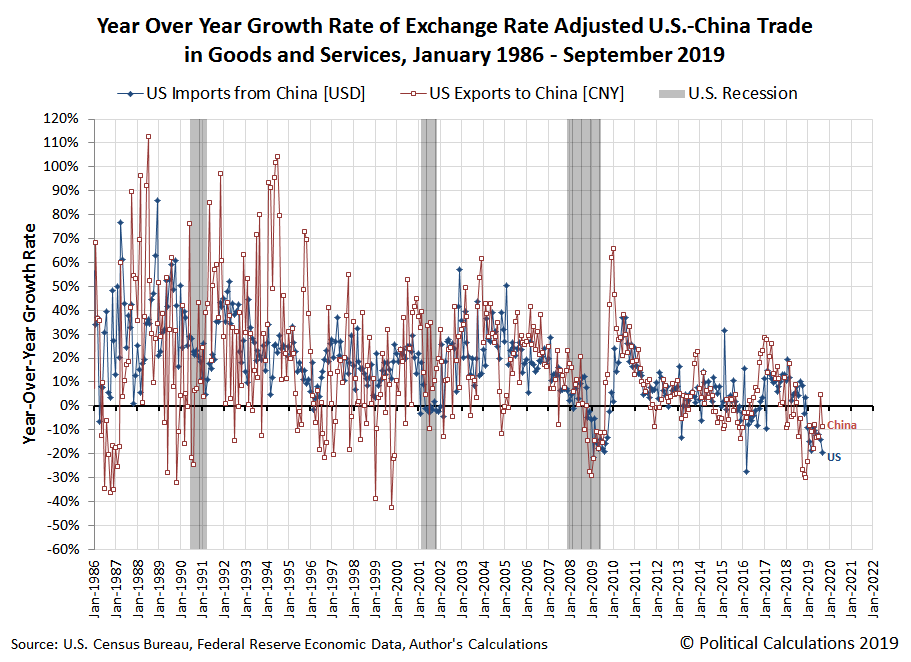 Looking next at the combined value of the goods and services the U.S. and China traded with each other, we find the gap between the pre-trade war trend and the trailing twelve month average of the value of goods exchanged between the U.S. and China expanded to $12.8 billion in September 2019. Since March 2018, when the tariff war began, the cumulative loss in the total value of trade between the two nations has grown to $86.9 billion. 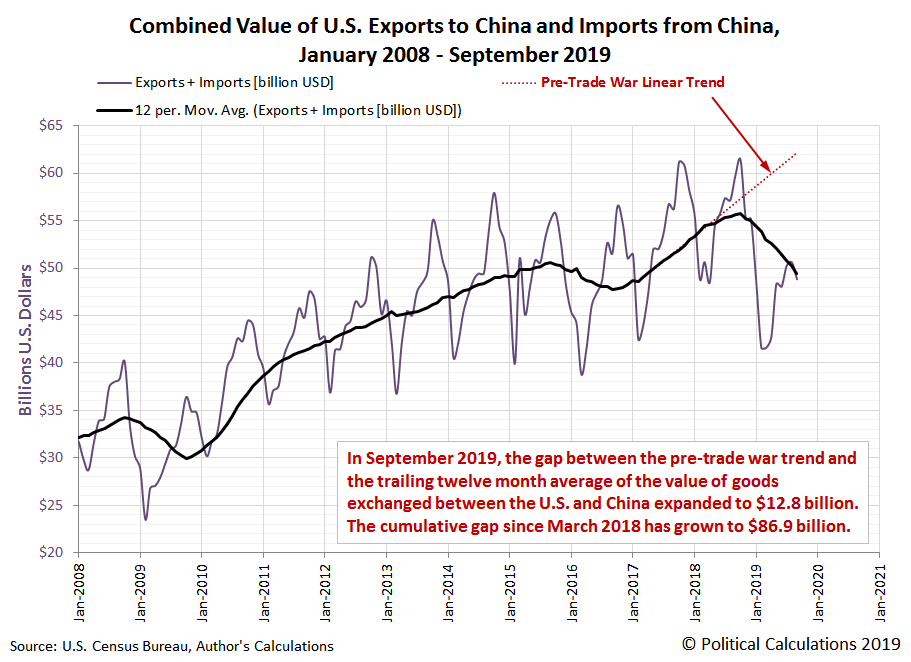 Both the U.S. and China are being negatively impacted by the tariff war.