U.S. dividend paying firms turned in another "blah" performance during the month of November 2019. The number of dividend rises was down while the number of dividend reductions was up, but only by enough to put their numbers close to the threshold signaling that recessionary conditions are present in the U.S. economy without crossing over it.

The following chart adds November 2019's data to the end of the series of data on dividend increases and decreases recorded in the U.S. stock market since January 2004: 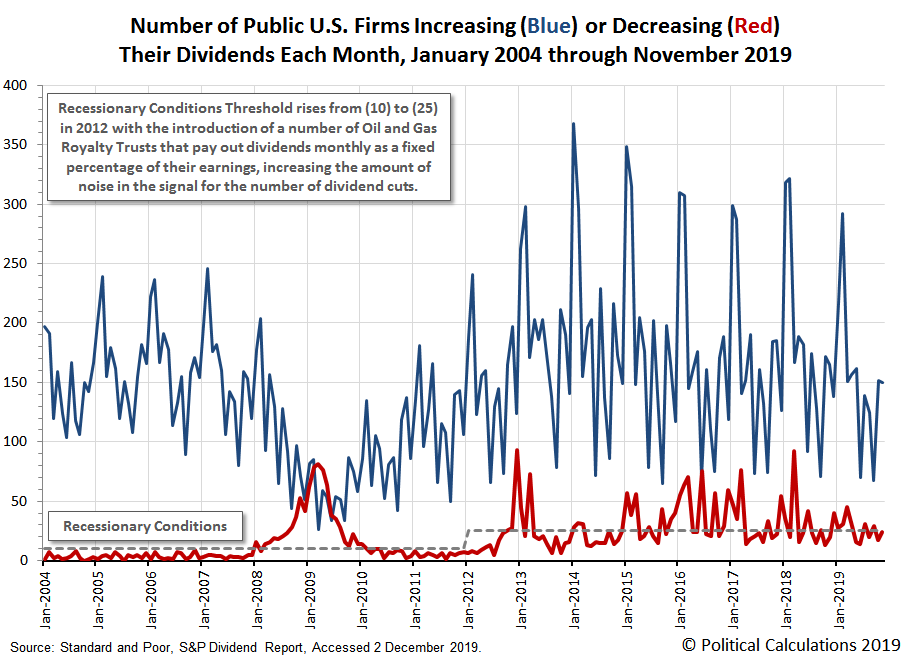 Until then, if you want to check our dividend statistics data source for yourself, which includes a wealth of other market related data, you'll find it referenced below....