Median household income in the United States reached a new record high in October 2019, with the typical American household in $66,465 according to demographic analytics firm Sentier Research. That figure is up slightly from the $66,214 the firm reported for September 2019. The new record high applies both in nominal terms and after adjusting for the effects of inflation. 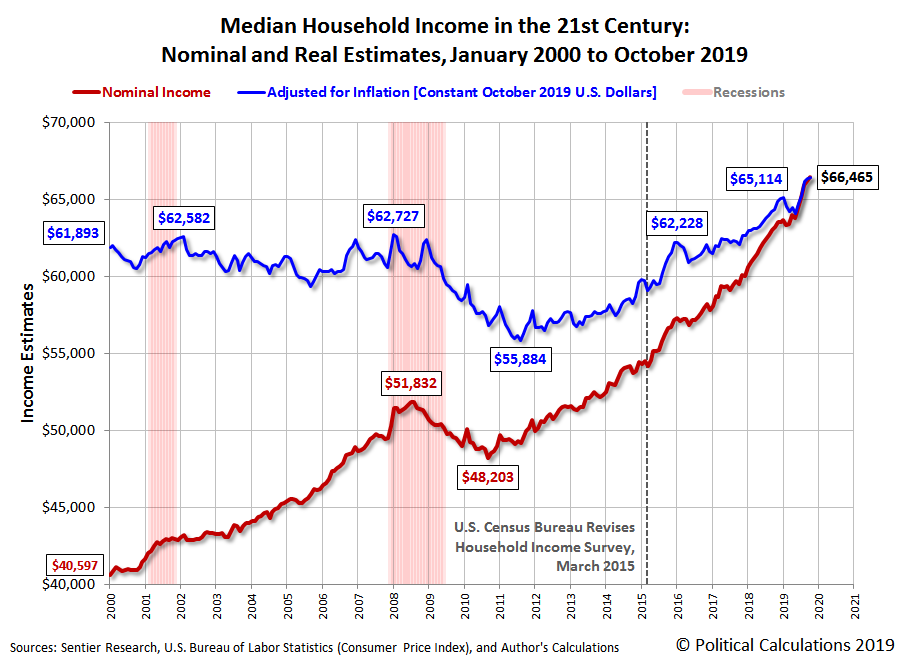 Year over year, median household income rose by 5.1%, or 2.4% after adjusting for inflation, from the figures recorded in October 2018.

Our alternate methodology for estimating median household income from data reported by the U.S. Bureau of Economic Analysis would put the figure at $65,752 for October 2019, which is about 1.0% lower than Sentier Research's estimate for the month.

Sentier Research has published a comparison of its inflation-adjusted monthly median household income estimates with the annual estimates published by the U.S. Census Bureau. The following chart is taken from that report as it appeared on 2 December 2019: 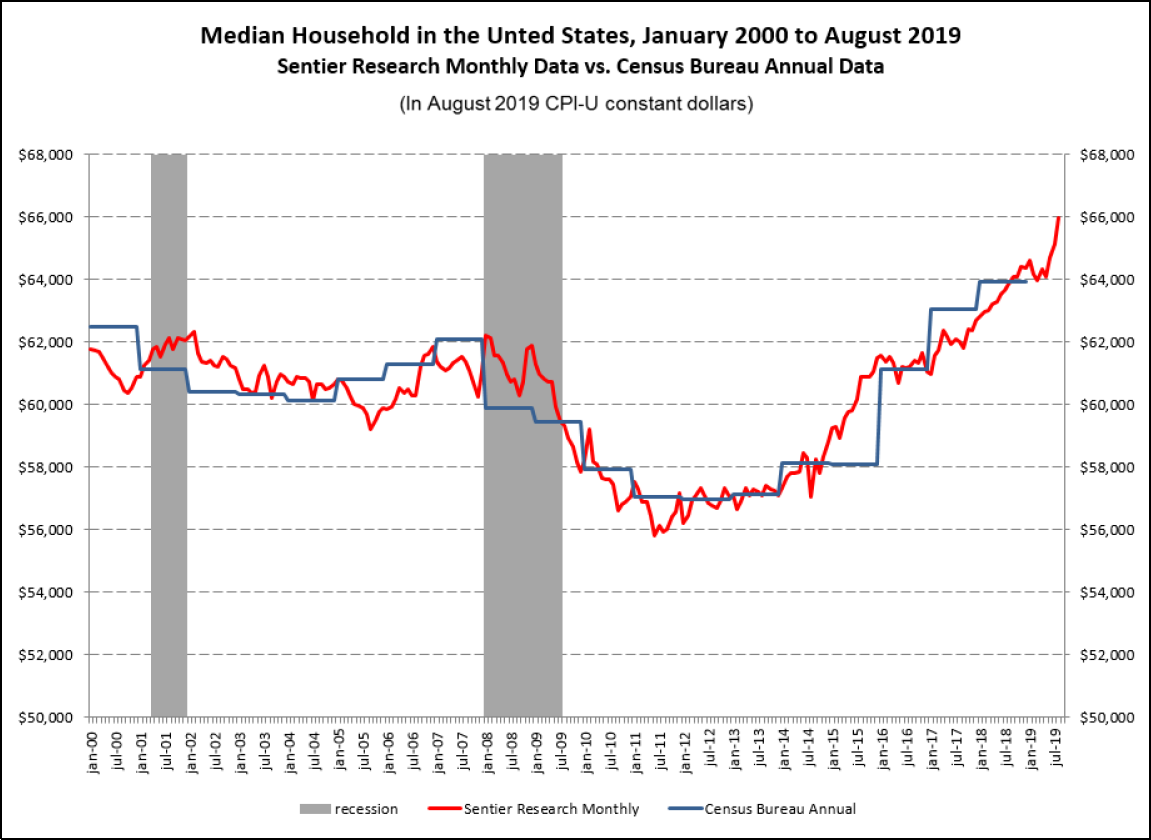 If the Sentier Research series has closely paralleled the Census Bureau series for the past 18 years, it is reasonable to conclude that it is giving a good approximation of income movements in more recent time periods for which the Census Bureau income data are not available. Therein lies the true value of the Sentier Research series because it can closely measure income changes in real time, with a lag of only about one month, whereas one has to wait almost a year or substantially more (as time passes) to obtain the Census Bureau’s annual estimate of median annual household income for the previous calendar year. Moreover, the Sentier Research monthly estimates can detect important turning points in the time series, such as the beginning or ending of a recession, or the precise month when income bottoms out or tops off, something which the annual income series is incapable of doing. The Sentier Research series has value because decisions by policy makers and the business community are made in real time, not by looking back to what happened last year.

We'll also observe that Sentier Research's estimates track very well with the data we use in developing the median household income estimates we generate using our alternate methodology, where the aggregate income data we use in generating those estimates is produced by the U.S. Bureau of Economic Analysis.