Existing home sales in the U.S. appear to have picked up some steam in September 2019, with the initial estimate of the seasonally-adjusted aggregate value of recorded sales across the U.S. rising to $1.56 trillion, matching the previous peak recorded back in March 2018. 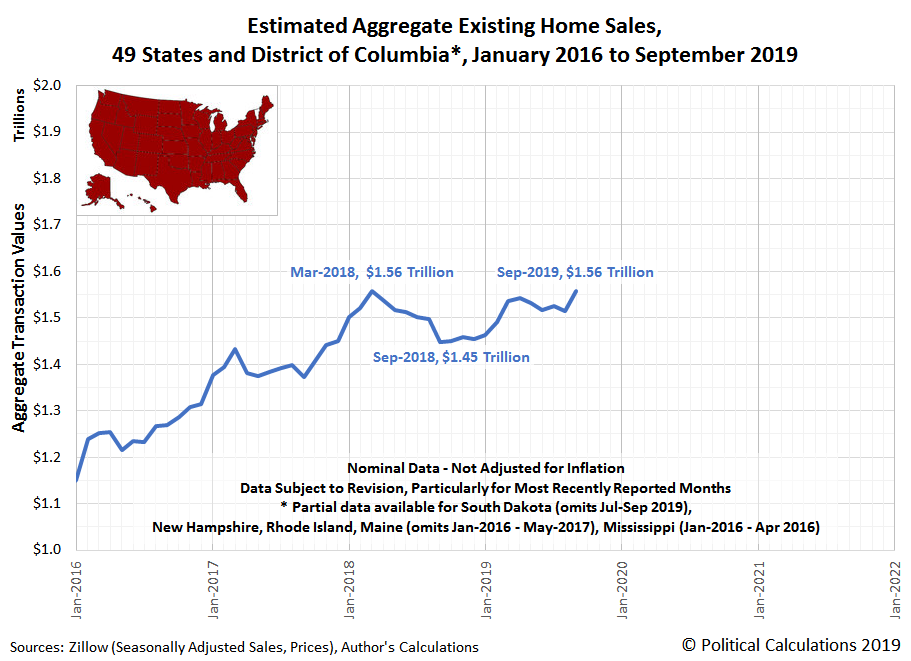 
We've broken the state-level trends down regionally, where we find the aggregate dollar total of sales in each ticked up in September 2019. The first two charts show the available data for the U.S. Census Bureau's Midwest and Northeast regions: 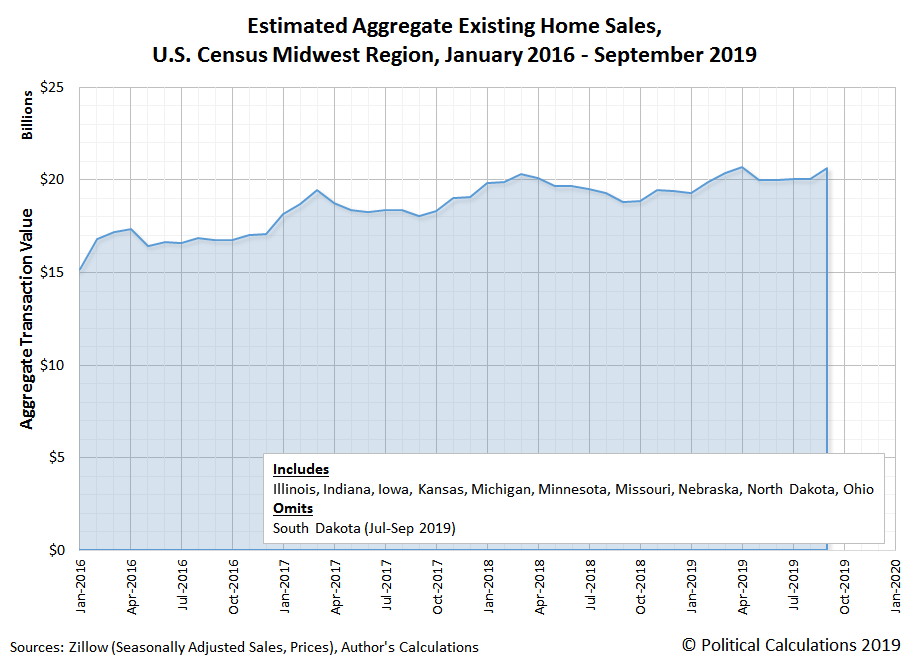 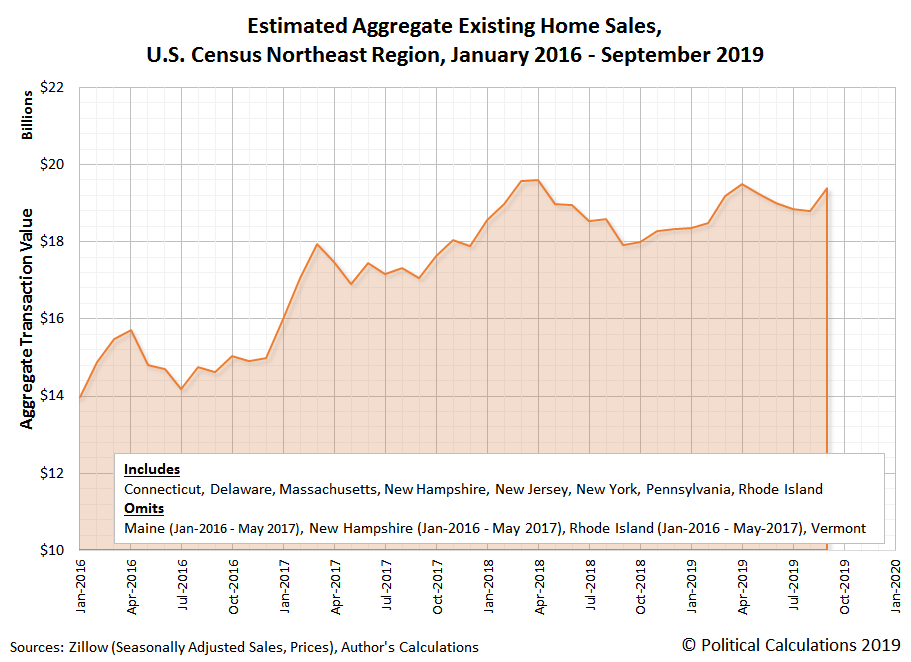 Similar upticks are visible in the West and South regions aggregate sales totals, although the largest month over month gain was observed in the South. 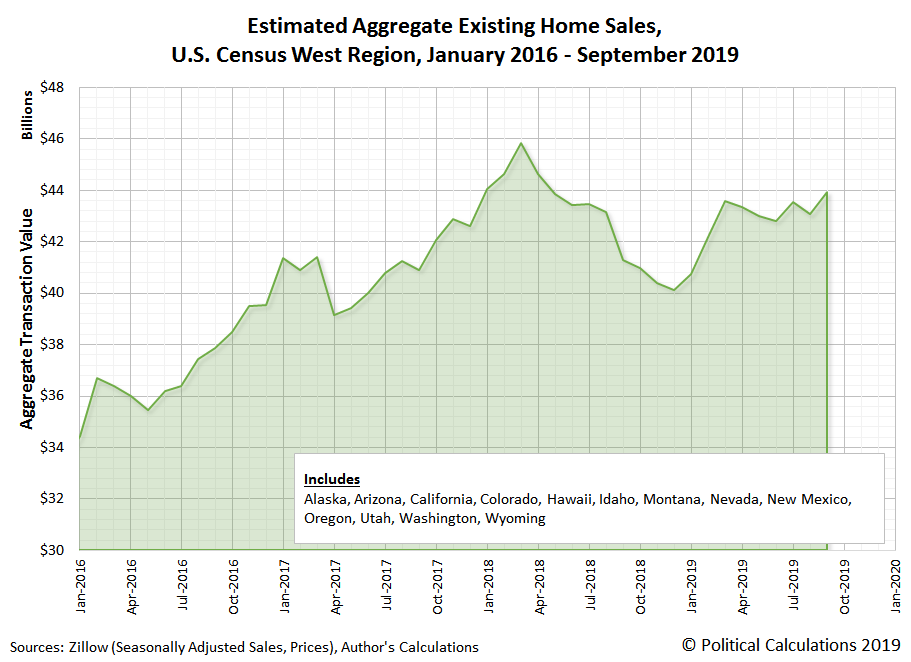 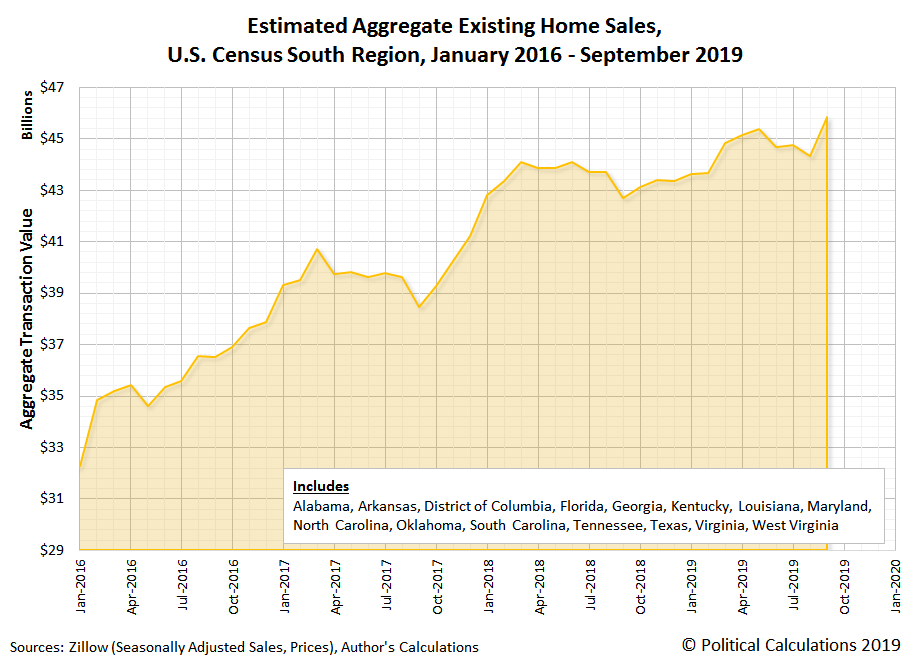 Looking in the South region, we find two major contributors. First, the downtrend that Texas' aggregate sales has been on for several months stalled in September 2019, eliminating a negative contributor to the region's data. Second, sales of existing homes in Florida, the second largest state market for real estate in the U.S., rose sharply.

Both states' data are provided in the following chart, where we've also presented the aggregate sales data for the remaining three other Top 5 state markets for existing home sales. 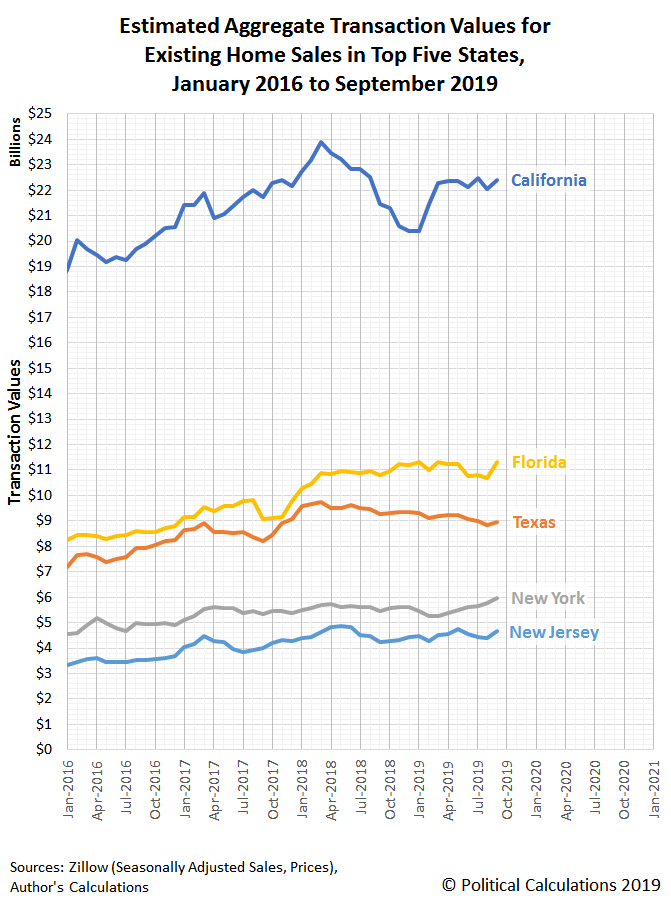 On a final note, we have to tip our hats to Zillow's research team, who have been steadily expanding their coverage of state-level real estate transactions, where as of their latest data release, they are now covering 49 states and the District of Columbia, with only Vermont's data not yet available. Their data makes our analysis possible and we greatly appreciate their work.