China is, by far and away, the "world's largest emitting country" where the emissions of carbon dioxide are concerned. In 2019, it appears that China managed to raise both the ceiling and the floor for the amount of human-produced CO₂ that was discharged into the Earth's atmosphere through its efforts to stimulate its domestic economy. 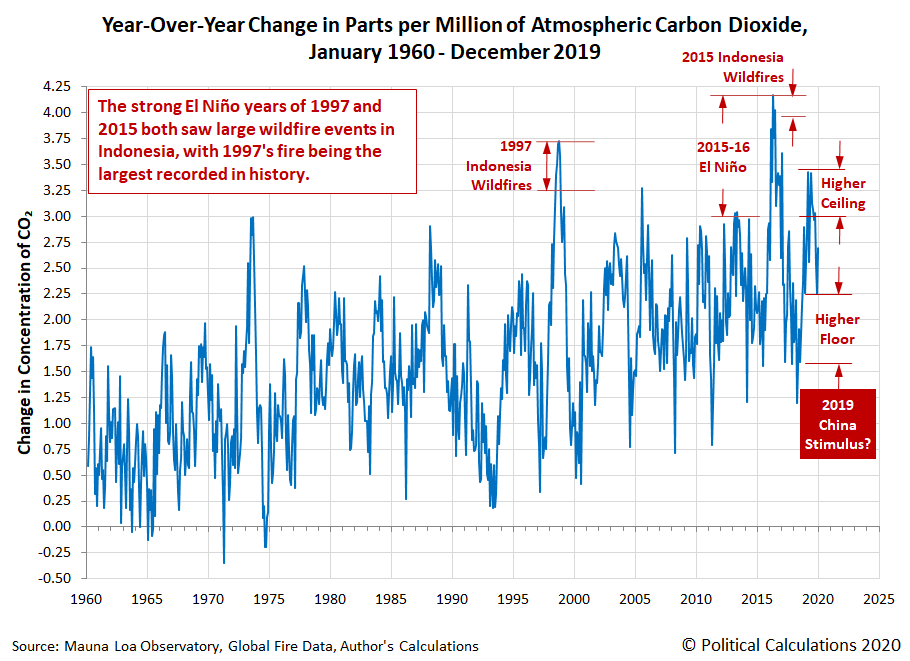 In 2018, China's output of CO₂ surpassed the contributions of the world's next three largest carbon dioxide emitting countries, the U.S., India, and Russia, so it went into 2019 building from an elevated platform, even as its economy was slowing.

In 2019, China was suspected of "U-turning back towards dirty 'coal-fired power'", as the country is reported to be "still building an insane number of new coal plants", adding over five times as much coal-fired power generating capacity within its borders as the rest of the world did outside of them.

China is also responsible for funding the development of 300 CO₂-emitting coal-powered generating plants around the world as part of its "Belt-and-Road" checkbook diplomacy initiative.