The U.S. Census Bureau has released its data on the value of trade between the U.S. and China for December 2019, completing its 35th year of monthly reporting on those statistics. The data is the first to be reported since the U.S. and China arrived at their "Phase 1" trade agreement, under which both nations have pledged to not impose additional tariffs beyond what they have already, rolling back some recently introduced tariffs, while also committing China to purchase significant quantities of U.S. goods.

Our first chart shows the value of goods and services imported by the U.S. from China from January 1985 through December 2019, spanning the full period of the Census Bureau's international trade data between the two nations. 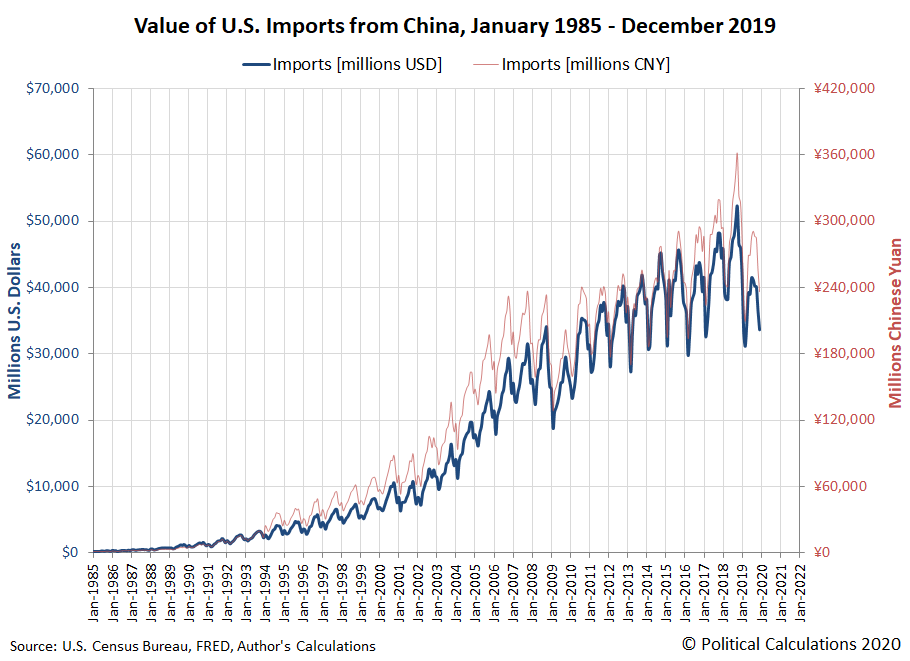 The data for U.S. exports to China is different in that it reflects China's early tariff war strategy to slash its imports of U.S. produced goods as quickly as possible, where much of its deep decline was recorded back in 2018. In 2019, the value of U.S. exports to China has continued to shrink on average, but at a much slower pace than in 2018, where two months during 2019 (August, November) have seen positive year-over-year levels of exports. The following chart visualizes U.S. exports to China from January 1985 through December 2019. 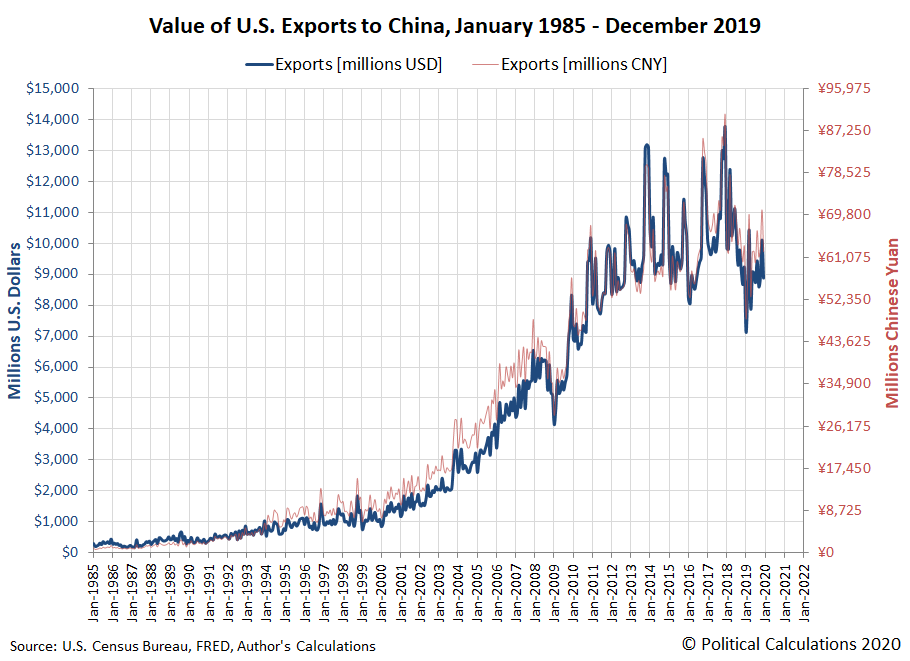 Our next chart shows the combined value of all the goods and services traded between the two nations from January 1985 through December 2019, along with its trailing twelve month average, which smooths out the annual seasonality in the data. 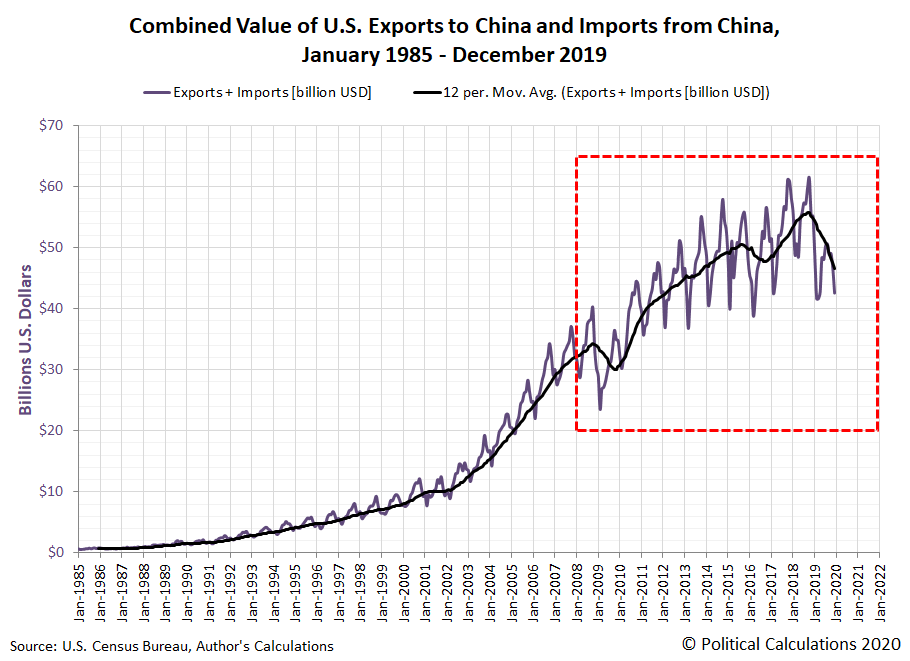 Our next chart zooms in on the area of this chart within the red dashed-line box, which covers the period from January 2008 through December 2019, where we've added a linear counterfactual trend line to get a sense of how the value and volume of trade between the U.S. and China would have changed if not for the tariff war between them: 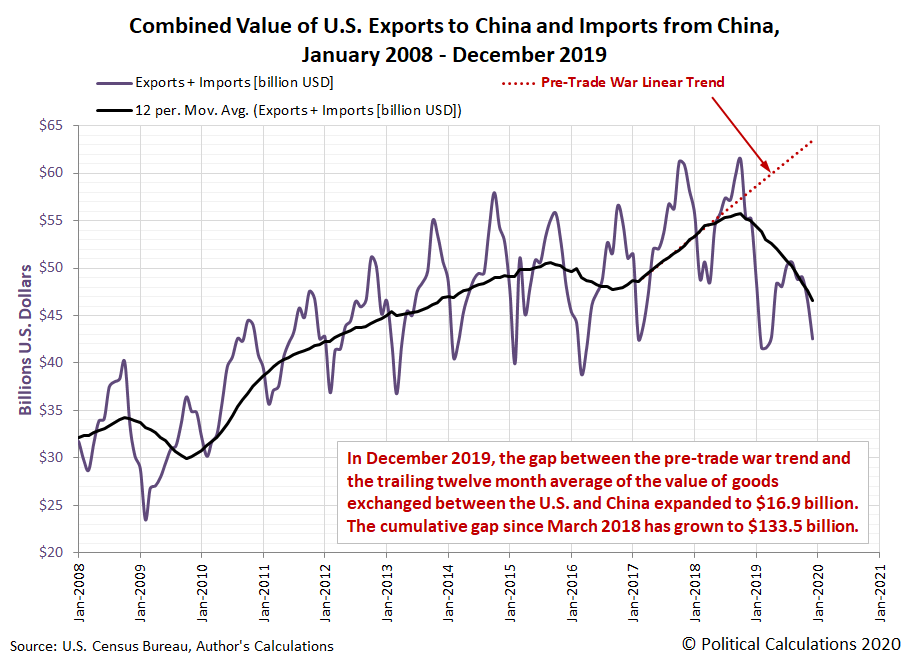 Here, we see that in December 2019, the gap between the pre-trade war trend and the trailing twelve month average of the value of goods exchanged between the U.S. and China expanded to $16.9 billion. Meanwhile, the cumulative gap between the trailing year average and our counterfactual since March 2018 has grown to $133.5 billion.

That's an immense amount of trade-related carnage, which has put strain on both nation's economies.

For our trade analysis going forward, we're going to clock changes from the U.S.-China Phase 1 trade agreement, since that should mark the beginning of a period of relative stability in the trade relations between the two nations, using December 2019 as "Month 0" for tracking changes. Coincidentally, that month also effectively marks "Month 0" for the coronavirus epidemic that has swept through China and is expected to significantly disrupt the nation's economic output, which is expected to impact upon global trade, where how that will play out has yet to be determined.