Political Calculations tracks all these Thanksgiving-related datapoints, tapping the U.S. Department of Agriculture's databases going back to 1970, so you can see how American farm-raised turkeys have changed over the past five decades.

Speaking of change, the population of farm-raised turkeys in the United States has generally fallen since 1996. In 2020, an estimated 222 million turkeys were raised on American farms, which is down some 27% from the peak of 302.7 million raised in 1996. 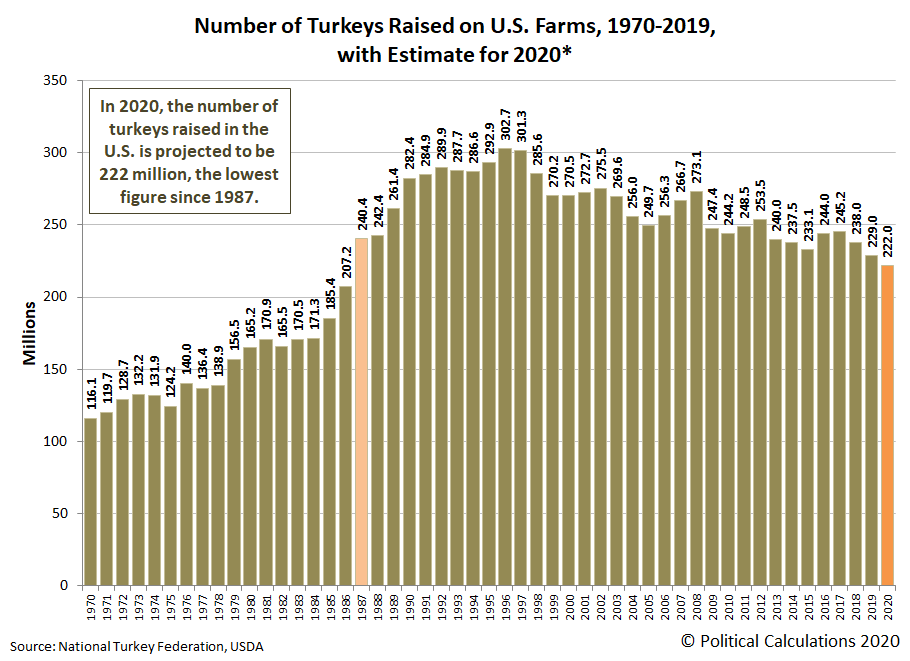 The figure for 2020 also represents a decline of 7 million from 2019's level, which itself was revised downward from an initial estimate of 240 million. 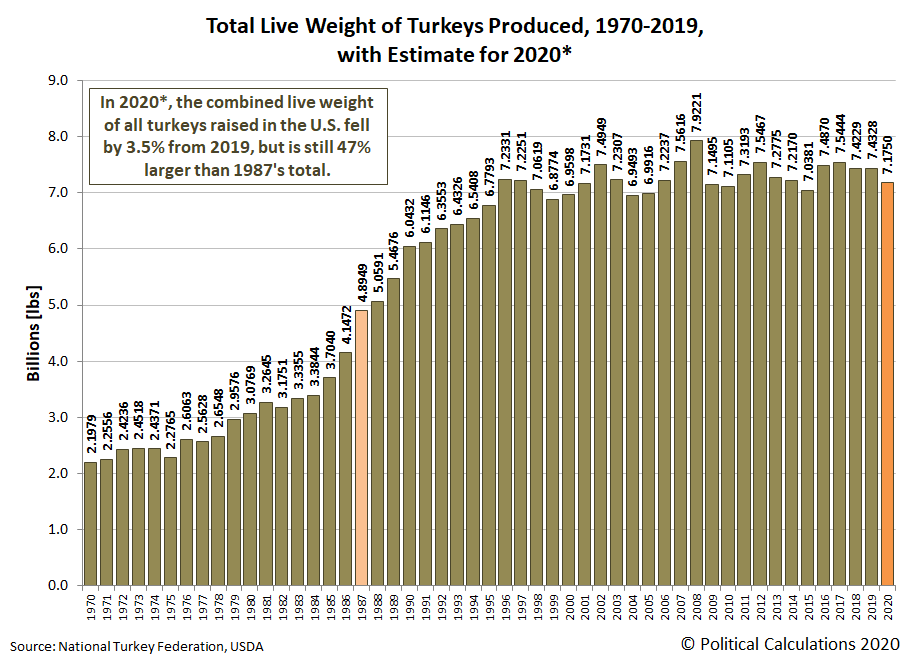 The combination of a generally flat total live weight for all turkeys produced on American farms with a falling number of birds can only be explained by the growing size of individual turkeys. In 2020, we estimate the average weight of a live farm-raised turkey in the U.S. is 32.3 pounds, down slightly from 2019's revised figure of 32.5 pounds. 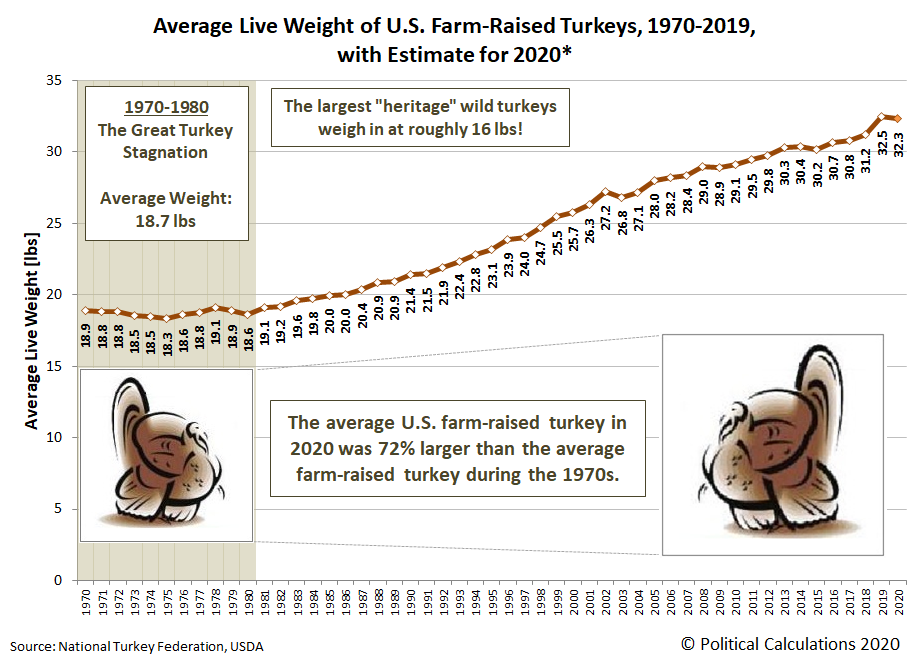 Compared to the decade of the 1970s, when the average farm-raised turkey tipped the scale at 18.7 pounds, that represents a 73% increase in the typical size of turkeys produced in the U.S., where their average weight has steadily risen over the last four decades.

That trend may be changing however, because smaller turkeys are in high demand as Americans downsize for 2020's Thanksgiving. With celebrations limited to immediate family members with the ongoing coronavirus pandemic, American consumers have been bypassing larger birds in favor of smaller ones.