Modern humans (Homo sapiens) and Neanderthals (Homo neanderthalensis) were very similar. So similar, in fact, that modern human DNA contains portions of Neanderthal DNA from interbreeding, which in a sense, has allowed the otherwise extinct Neanderthal species to survive into the present day.

And yet, despite sharing 99.5% of modern human DNA, if you were to run into a time-traveling Neanderthal today, you couldn't help but notice some very large differences between them and modern humans like yourself.

We've been working on a fun project to quantify some of those differences. To do that, we've adapted the math that some models and cosmetic surgeons use to measure how close the proportions of their facial features come to matching the so-called "golden ratio" of 1.62, which, for whatever reason, is held up as an ideal standard for quantifying beauty.

How well do you think a Neanderthal man might measure up by that standard?

Wonder no more, because we've built a tool to do the math! The only thing we're missing is a representative Neanderthal man whose facial features we can measure, which may be difficult to come by because Neanderthals have been extinct for tens of thousands of years.

That's where the modern anthropological reconstructions from phyiscal Neanderthal remains comes in very handy. Speaking of which, it's time to meet Mr. N. 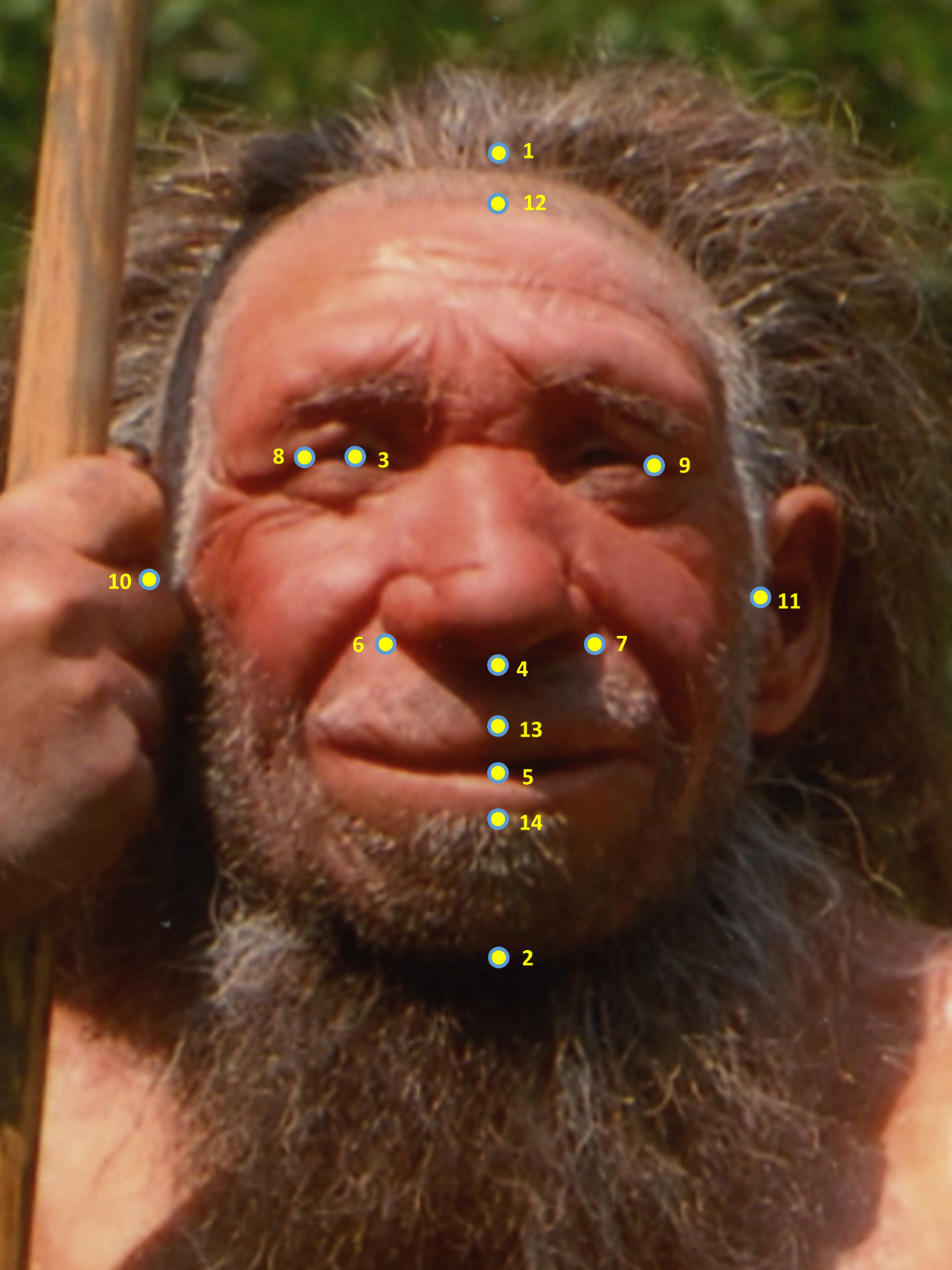 Mr. N represents the hard work of the anthopologists of the Neanderthal Museum in Mettmann, Germany to reconstruct the physical features of a Neanderthal man from their remains. We've added the numbered dots to the image to provide a reference for taking the measurements indicated in the following tool, which we're going to use to compare with modern humans. If you're reading this article on a site that republishes our RSS news feed, please click here to access a working version of the tool!

In the tool, we've used pixels as our basic unit of measure, but you can substitute other units provided you use them consistently. If you wanted to hold a ruler up to the screen to measure in millimeters or inches, or if you simply printed a copy of Mr. N's picture or used the picture of another reconstructed Neanderthal individual to take measurements offline with your preferred measuring device, you can!

For modern humans, each of the indicated ratios should, "ideally" (we're putting it in quotes because its very arbitrary), come pretty close to the golden ratio of 1.62. As you can see from the results from our default data, Mr. N's data varies quite a lot away from the golden ratio, where the average of all seven ratios of facial parameters comes in at 1.23.

If an overall average score of 1.62 defines "perfect" modern human facial proportions for all these features, Mr. N's difference of 0.39 from this value would mean he misses the "perfect modern human" mark by 24%. And for what it's worth, while using the golden ratio to assess the 'beauty' of a modern human is a really dicey proposition, we can use it as an arbitrary reference for quantifying differences in facial features between modern humans and Neanderthals. But only if we know what range of values would apply for these ratios for all modern humans, not just the "perfect" ones.

Facial features are far from the only physical difference between Neanderthals and modern humans. We'll leave you with a short clip from a 2009 BBC documentary, in which a talented voice actor works to mimic what vocal experts believe Neanderthals would have sounded like based on the physiology of their remains. It's also one of the funniest things we've ever seen or heard that's based on the best available scientific evidence of the day.